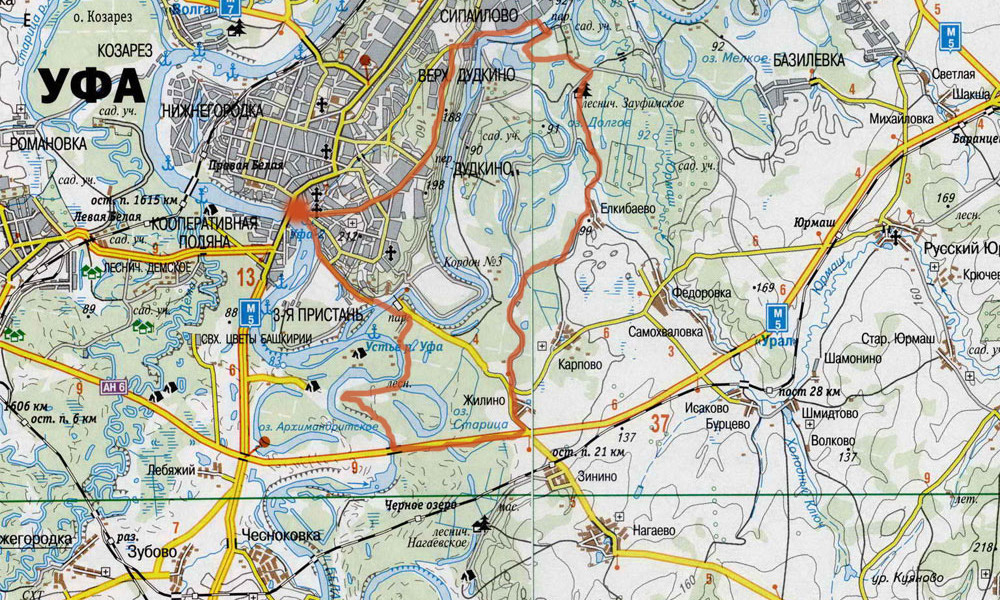 The route is not of the easiest. It may be too much dirt and grass on the belt. In spring and mites.

However, after passing it, you will visit several remarkable places in the vicinity of the city.
The first point of the path, a secluded beach when I'm not lazy, I often go in the summer
It is located above the confluence of ufimka in White because the water is a little warmer for swimming.
To drive his cars is quite problematic , although overgrown with grass track and several piles of garbage in the Parking lots to the contrary.

After you cross the bridge near the Stone crossing should not miss the inconspicuous little primer leading right into the woods.
It will first turn to the gardens, and then our primer.
In bad weather it is better to go through the gardens because the track is full of dirt on most do not play.

If the sun shines long and dry to pass a shady alley is a pleasure.
The road will take you to the shore of the White over the gardens Agidel.

The opposite Bank of the camp site and the river, skirting telkomunikasi Peninsula, forming ples - the so-called Golden beach.
Although that it is gold I'll never know - the usual compressed sludge to asphalt river rock.

Our path lies further in the direction of Chelyabinsk bridge.

You will have to dismount and perhaps even to take off our shoes and descended the cliff to the river, along the water's edge to go forward to the place where the river curved back of the arc forming the next Peninsula.
On it it is required beach.

Here you can make a halt and rest all you want.

In the very middle of the sand fine and soft.
To burrow in it and to warm old bones or young obvious bliss)

Then moveI continue along the beach to his protivopolojnoe the end.

Fine and soft sand over compacted gravel and can already go on the bike.
Then the path goes into the woods.

Go here for the machines infrequently and rut to the end of the summer will have time to overgrown by grass and nettles.
What is more interesting to drive fans to tickle your armpits with burdocks and nettles.
After twenty minutes of intense retraction breast the green fields of the Ufa steppe you will see the bridge abutments of the Chelyabinsk path.

Will have to drive it a few miles (not the site) before turning to Zhilino. 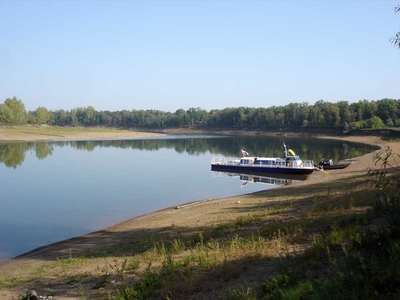 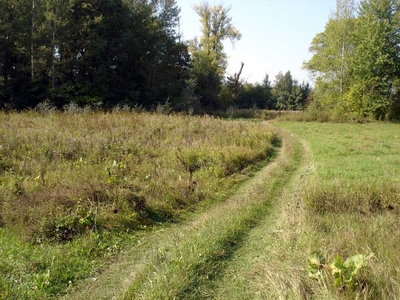 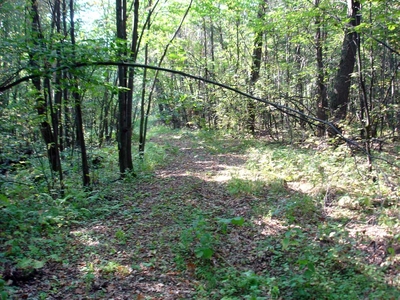 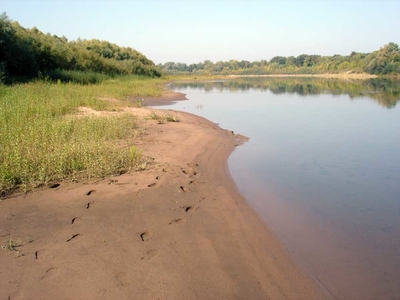 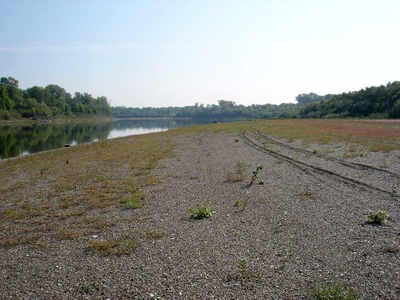 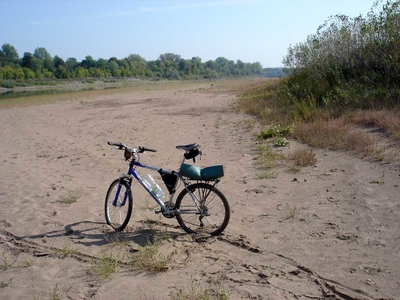 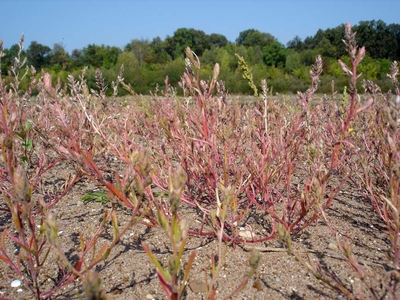 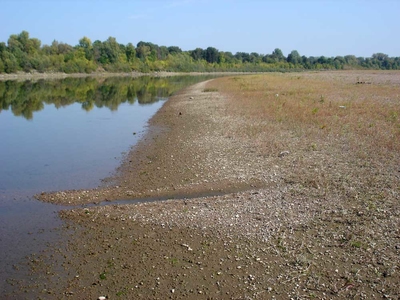 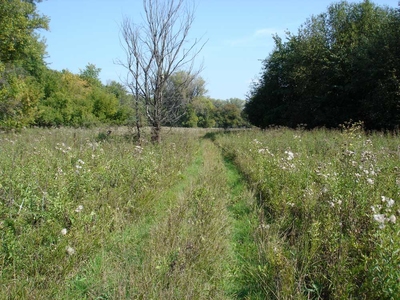 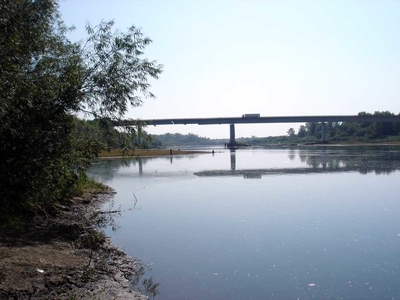 After Zhilino crossing (on foot! because the interchange was not built) a new trail which turned into the beginning of the route hook so far sickly.
And finally delve into the wild expanses of Zoofilia.

First stop - lake Anuchino.
Pretty nice lake, with many fishermen and respectively crappy banks.
A car to drive there is a trifling matter.
It is possible a little to relax or to take a leak when needed.

Past the lake there is a broken machine the road, which in wet weather turns into a bath of liquid mud.
I don't think that someone smiling will carting on the ears brought to a mushy state Chernozem.
Fortunately the most unpleasant phase you can drive around on a parallel path laid closer to the water.

Then the road forks - you can go further along the lake, but we turn right towards the village of Elchibaeva.
Here, the primer passes through open countryside - tract Kurkowski field, and is very picturesque.
And the surrounding forests in the fall full of boletus and mushrooms.

Not stopping in Elchibaeva turn perpendicular to the left and move to the lake Madeline
Enjoy views of standing water and if you are not lucky, bare-thighed drinking and perhaps even eating compatriots.

The next segment too smallnice.
The road there is clay in the rain you know what.
Perhaps there are other movements, but I do not know.

After passing a quarry where clay namyvayut sand the primer off to the left to the gardens at the ufimka.
But you can take a shortcut through the woods - there are gardeners trodden paths to cross.
By the way not without interest to the lesson at full speed to zigzag between the trees.

The end of the road near the ferry in sipaylovo.
A little more and you will be out of the woods in the concrete jungle.
The contrast is as stark as the early transition. 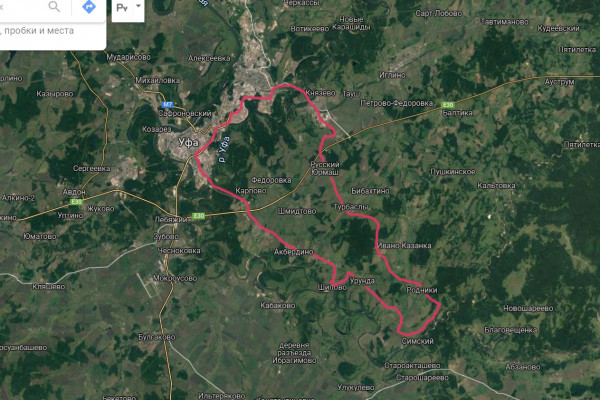 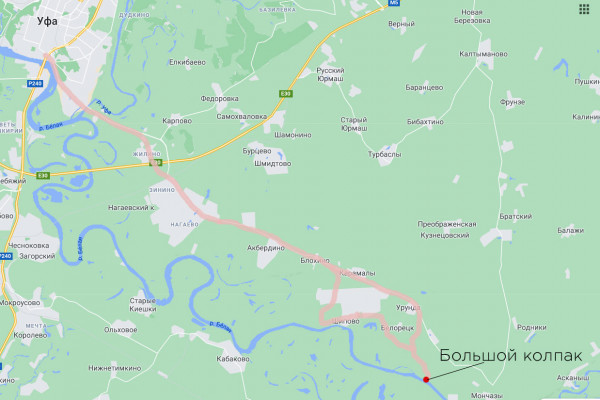