Cycling / Journey to Grenlandia / Instead of an epilogue

Instead of an epilogue

Well here we are finally home and can summarize. 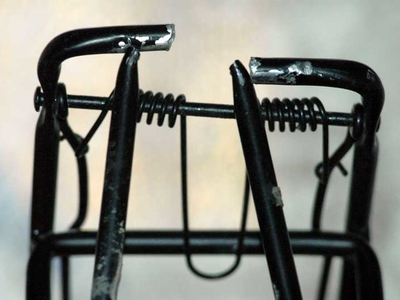 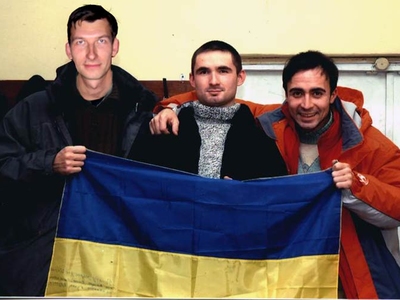 First on our bikes.

Igor: my Bike survived the trip with flying colors - no damage and puncture of the camera over 1000 km.
Marat: Two puncture cameras, replacement of brake cables and shifter (beating the clay).
In addition on arrival, disassembled the bike, he found Terry rust in the sleeves and the carriage (sea bathing is not forgiven)
Rinat: four puncture cameras, broken tulips, fully cracked the trunk and damage to the rim of the rear wheel a few spokes ripped out with meat (the result of an overload of the trunk)

Tent: the Vaunted Lafuma turned out to be not so durable. By the end she had holes in the tent and broke a few arcs in aluminium rivets.
Burner: Multifuel MSR Dragon FLy - not good for bad gasoline brand Can apparently only be used with better fuel.
Crimean concoctions clogged it completely. Not helped even the daily cleaning of toliwood.
Veloryukzaki quite decent, only required a "dog leg" on the trunk, the backpack didn't hit the wheel.
Rinat it was not hole the size of a washer he had been provided.

Igor: in the beginning of the campaign was struggling with pain in my right knee (helped ointments phenylbutazone and symptoms)
Marat: a stomach ache in the end of the campaign, perhaps because of tainted smoked sausage (helped activated carbon, and carrying a carpet at a small distance with women)
Rinat: some days suffer inflammation of the Achilles tendon (helped ointment phenylbutazone and one day rest)>
In monetary terms, spent quite a bit - about 6 thousand rubles everyone, of the road.

Distribution of cargo bikes should be approached more carefully, to avoid bias in weight.
The first days of strain in pedaling impossible. Required 2-3 days a gentle pace.

Unfortunately our glorious company partially disintegrated. Marat was drafted into the army and he left for a year in Arkhangelsk oblast.
I hope that when he returns he will once again be reunited with us.

Over my many months of work, covering a month of our wanderings.
It's like I re-lived these days and the second time we drove this way.
You must have noticed that the style of the narrative changed from the beginning to the end.
At first I paid much attention to bikes and riding process.
The farther we drove, the less I have wondered WHAT we were going, but more WHERE we're going.
I guess that's OK, because, on the one hand, our appliances got used to it and did not break until the end of the journey. And on the other we have more and more captured by his Majesty the Crimea, with its inexplicable appeal and striking beauty.
He filled our hearts and thoughts.
Sounded by the wind of the mountains and the lapping waves.
Therefore, it is not surprising that in the last chapters I paid much attention to nature and famous people of the Peninsula.
After this trip, I was in love with Crimea.
He played for me with new faces and revealed to me many of his secret and amazing places.

Here there is no developed infrastructure for tourism, such as in Turkey, much has been frozen in time and has not changed for many years.
May the glory of God. But Crimea has a soul. A huge warm and kind soul, the retinue of the beauty of nature, people and legends.

Crimea for me has always been and remains the most fabulous country Grenlandia.
The country where dreams are made and where they receive his flesh and blood.