Cycling / The Megan Binom: we and the sea / The price of delay

The price of delay

In the morning I discovered that our Parking lot was a thoroughfare.
And then ran past some people.
The woman was herding cows.
They are rattling bells and lazily crossing legs, past the camp.
After a long night gatherings on the eve of stavlos hard.
Especially to a young person of Elijah.
I'm on an old man quickly woke up.

After Breakfast returned to the Observatory, took leave of Marat and went to the side of Bakhchisarai.
Straight through the mountain SEL-Buhra. 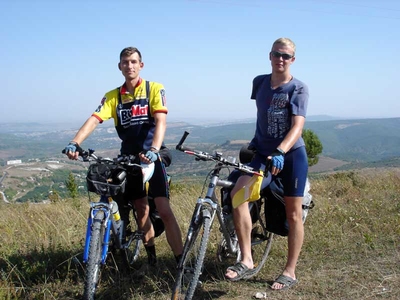 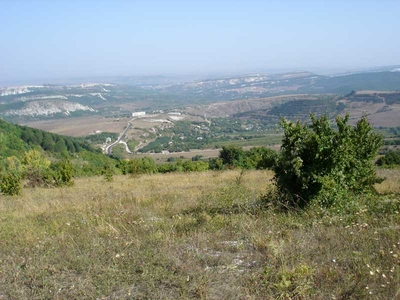 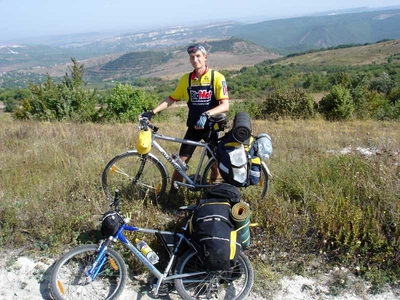 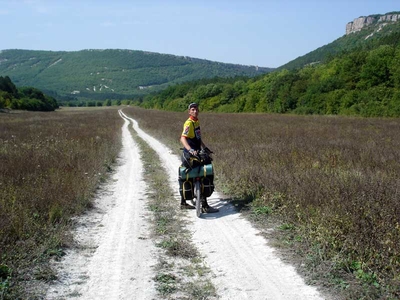 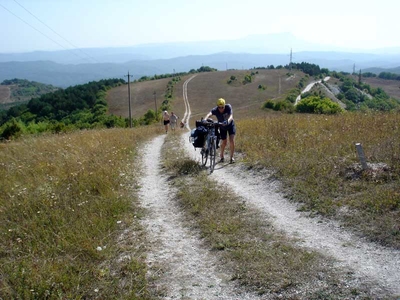 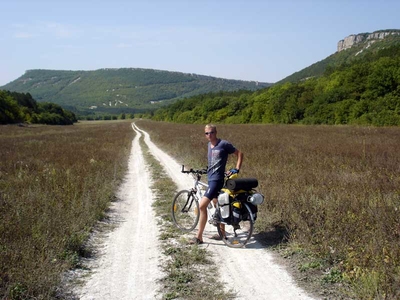 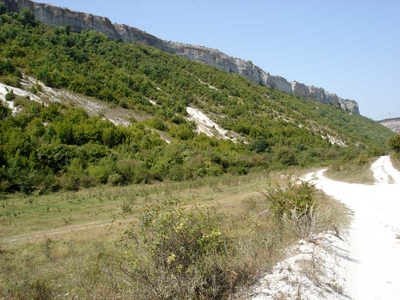 First large wheeled manually on top of it, and then still lost in the thick forest on the way down.
Like the roads it was full but we managed to take a wrong turn and drove into a living windbreak.
Ilya broke my front wing and long that discontentedly muttered then.
However, our guiding star has not allowed to disappear in the thicket and soon in the distance appeared the limestone slopes of Calais.

The next hour I spent in the shady courtyard of Khan's Palace waiting for Ilya to satisfy your curiosity in the Museum.
I've been here many times and money to spend not want to.

For lunch we went to dastarkhan recommended to us by Marat the day before and ate there.
By the way nothing special - the usual Tatar eatery. Not impressed.
Well at least he doesn't my buddy Rinat, and do not could do without the choicest swearing and all around complaints of exorbitant spending of public funds.

Leaving the town on the road rushed to Balaklava, checked the year before the road to the Red poppy and Ternovka.

Before Tank turned to the right, stocked up on fruit at the market and decided to have a little rest on the Bank of the river Belbek. 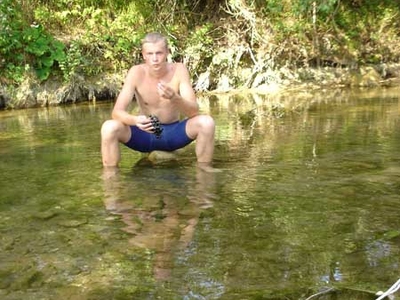 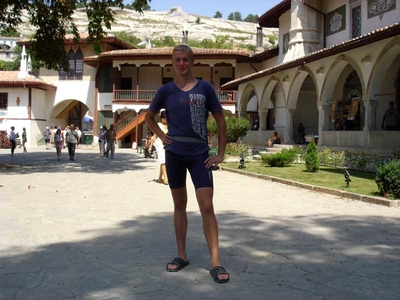 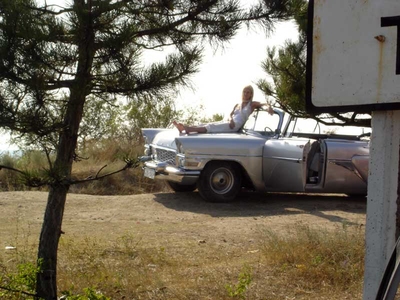 Stay is accompanied by eating fruit and swimming in the cool water was delayed for an hour.

This hour we as it turned out not enough .
Naprasnosti of relaxation turned into a purchase nrwich friends. So that no harm done then.

Before Ternovka road is on the rise and had to sweat.
But then to the Chernorechye we whistling rushed down, picking up speed to 60 km per hour.
Oh, if the whole road was like that.
But the laws of physics are unchangeable and fans to ride the sled still will carry a certainly.

At full speed we flew to Balaklava.
And 10 minutes later toured the waterfront nazukina.
It was a feeling that nothing has changed here for a year.
Motley walking people, boats and boat berths.
From the waterfront boats every hour on the so-called Golden beach.
This beach is located at the very beginning of refuge, and Cape Aya.
And there in the forest you can find a lot of Parking lots.

But we of course were late.
The boat is long gone on the last flight.
The boatmen did not want to go to Golden beach, remembering that back they will have to drive empty.
Or wringing the money that the hand would not turn them them to give.

We hesitated and saw the whole valprassio of 7 people.
As it turned out it Ukrainian children - five boys and two girls.
And they also face the problem of lodging.
By combining our brainstorming efforts, we decided to get to Golden beach along the shore.
Had to sweat to pull tagaloglang bike uphill in the direction of the fortress of Chembalo.
It was getting dark and soon everyone realized that the threat of steep trails in the twilight we can not go.
We had to drop anchor on scaliti the cliffs near the fortress.

And then Ilya was located in a small gully - there was less wind.
The Ukrainians were divided - someone followed our example, and someone decided to put up a tent on the very crest of the hill.
The view from there was of course obaldennoyy, but squally wind could negate all the other advantages.

Already in the pitch dark made the food.
Then taking the bowlers have joined our new friends.
This evening was perhaps the most romantic for the entire trip.
It was interesting to listen to and watch talkative and temperamental southern guys.
The energy gushing from them in different directions. 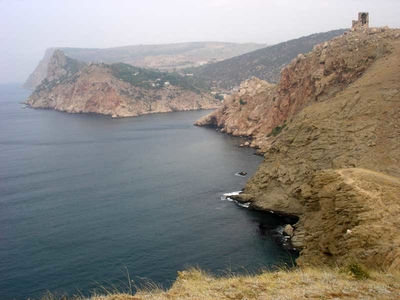 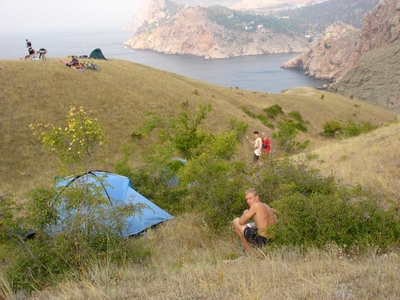 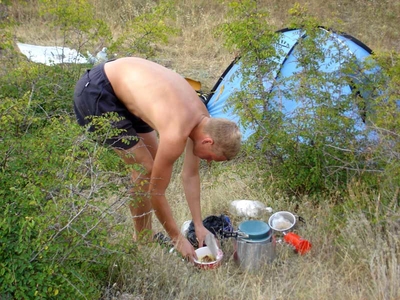 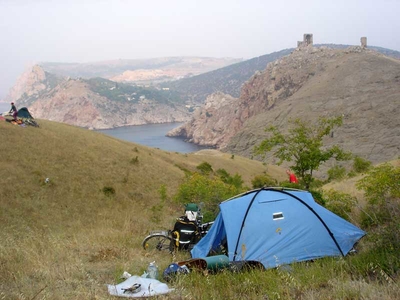 We quickly ate and drank everything on a makeshift table.
Still - such a crowd of people.
They cooked food for all in a large pot.
Our portion of porridge, cooking in bags with holes, they really amazed.
Ukraine is nothing like that - only instant oatmeal type Bystrov.
Against the starry cloudless black as ink sky, ominous silhouettes loomed a dilapidated tower Chombala.
Somewhere on the edge of audibility he heard the sounds of the evening balaclavas.
Warm wind strove to catch their invisible hands our cloth, pots and plates and carry far away in the depths of the sea.
Only fill the food even as it held our cooking utensils from the flight in the darkness of night.

Quietly talks the time has passed for a midnight.
Eyes stuck together and soon the people are gradually resorbed in their canvas huts.
◄ Prev
Next ►