Cycling / The new adventures of the Kid and Carlson / Alcoholics Södertälje

Chapter in which Carlson loses a glove, a Kid again ruined red fish

From the tent came out first as I always.
Rinat could not part with his beloved sleep.
The sky was again boring clouds.
The air was damp and napolnennyj smells of rotten leaves and pine needles.

Our linen is left to dry was wet.
Before leaving I decided to sort through backpacks and pack tightly. 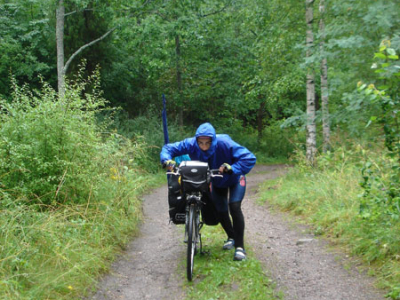 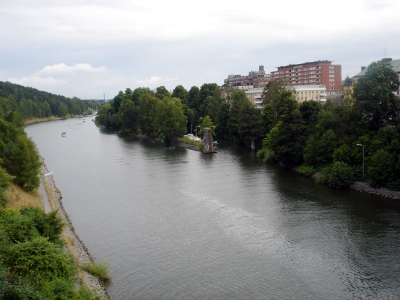 After some time he heard a cry my friend.
He pulled from the depths of the so-called "cube".
Of course the form it was not a cube, just why is it so Rinat called it its technical creation.
All my spare clothing - shirt, pants, socks, and so he was Saldivar in a heap , much tied with straps to reduce the volume and put the cube in the bottom of the backpack.
So here it is a long time there have not been extracted as it turned out.
And during this time the bottom why not just down - and milk and wine and of course rain water.
As a result of chemical reactions of organic clothing cube Rinat covered one side Terry blue-green mold.
Particularly affected are new bought for camping and never wear leather belt pigskin.
On it generally it was impossible to watch without shivers.
He huddled there, and covered with mucus.
Two fingers of disgust as the snake Rinat removed the strap and carried it to wash to the lake.
Well, t-shirts and other clothing, and perhaps you could throw it so bad Iladele.
Well at least it happened at the end of the road.
And I would be ashamed to walk with him around town if he was in jeans, as if pulled from the garbage.

While we were busy with all this rain.
And extremely strong.
I had to take shelter under a tree and wait for the sea weather.
And heaven as if in mockery spewed at us all the new their megalitres clean Scandinavian waters.
If the rain hadn't ended before lunch had to be gritting his heart to go forward under him.
Wait, we could no longer.
But heaven took pity on us and gave us a short respite.
This is my first time for the entire trip wearing that day, leotard on top belorusov.

When we, slipping on the wet grass, were on the shores of lake Rinat asked to record his Titanic suffering for this reason.

On the road that runs parallel to the highway E20, got two hours before södertälje (Sodartelje).
We actively did not like.
So around a well-fed and rich in Moscow was full of beggars and gray townships, is only otehat hundred kilometers from the capital.
Probably about the same here.
No, of course in Sweden the difference is not so dire and södertälje was quite clean and comfortable.
But I felt some sort of neglect, and the numbers were not the one to which we have become accustomed.
Here I first saw a bunch of alcoholics, rubbing some of the local liquor store. 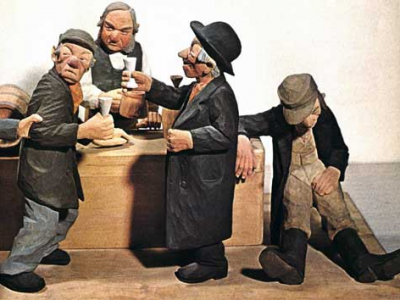 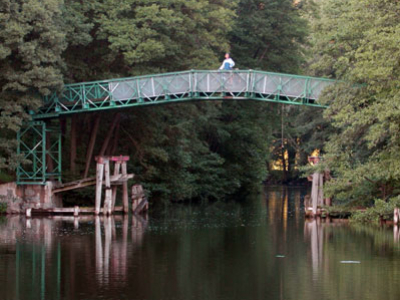 Yes, and the Systembolaget here was organized the old-fashioned way as decades ago - without a system of self-service.
At the entrance there is a device vaguely resembling slot machines-columns.
On it digital display and one red button.
Click on it and the machine issues a check .
On it is printed the number of the queue.
Around a display of samples of bottles and benches in the waiting room.
For a long semicircular counter are a few women sellers.
Above each of them hangs a large illuminated display.
Sit down and wait for when your butmeasures lit on one Board.
And only then you can go and buy selected wine.

I wandered in here to buy some wine.
This day was to be our farewell gala dinner.
While I was sitting in the queue Rinat walking the floors of the Department store lost somewhere in one of his veloperchatok.
Then we ran around looking for her but in vain.
Maybe she banged someone from hanig memory.
The loss was as much as offensive.
But if you add it to mould and spoiled inetovskogo belt, it is clearly came out that today was not his day.

Bad mood in which came my friend didn't even improved our fitness lunch of milk with muesli.
And we rested half an hour rushed to leave södertälje.

Goodbye, I took a picture of the channel, one of the oldest in Sweden.
Once upon a time the lake mälaren was connected to the sea naturally.
But then because of the land elevation, this relationship ceased and the people had to carry the boat for yourself.
And then they dug the channel which is now free to sail from the lake to the Baltic sea and Vice versa.
Its construction began in the 15th century by the efforts of the patriot Engelbert of Kaempfer (Engelbert Kaempfer)
But opened at full capacity, the canal was in 1819.
Its length is 14 miles and a maximum depth of 10 feet ( anyone interested can translate in the usual system of measures)

Leaning on the pedals and soon reached otdalennyh of the suburbs of Stockholm.
We wanted to re-organize the Parking lot jump to the next day to maximize the time until the departure of the ferry.
Have looked on the map icon campground on the shores of two lakes and drove there.
The camping was located on the shore of two lakes - Albysjon and Tullingesjon.
Drove up to its entrance blocked by a barrier.
Rinat has developed a plan to as unobtrusively as possible to get inside past the guards.
This would have at full speed to get to the slot mbetween the road curb and the end gate so that the guards could blink.
It was.
First raced Rinat, and when I went behind, we still recorded and I helpfully raised the barrier.
Laughter that:)

Park camping were scattered along the shore.
A variety of sports fields and for Golf.
We have tried spudded in the end, to us it was hard to find ( though hardly anyone it would be to do)
Found a quiet spot in the clearing in front of the lake away from mahogany trails.

The evening was filled with mosquitoes and a delicious dinner of boiled red fish and wine, bought especially for this occasion.
We are very tired this month and farewell to Sweden was somewhat blurred our lean gaunt faces.
However it is viewed from the side.
Themselves then themselves, we thought it was quite pretty:)