The Danish day - In the depths of Zealand

Chapter in which Carlson is attached to the world culture, and the Baby curses Bicycle saddle

Carlson stopped flying and started thinking.
- Yes, actually, Yes, ' he said reluctantly.
- Surprisingly, that can be attached to such a stupid kid like you!
It is only by the kindness of my heart because I was the kindest and the sweetest in the world...
Well, come on!
Kid couldn't tell until I swallowed the lump in my throat
So, the truth is that Karlsson is tied to it!
And then everything else to care!

When we left Copenhagen, I once again marveled at the abundance of bike shops.
As bakeries literally on every corner stuck.
In Sweden there is nothing like this.
Here the cult of the bike elevated in a greater degree.

While scoured in search of an exit has again covered the rain.
We waited for him at the bus stop.

The outskirts of the large city was completely deserted.
The wind chased the paper and comfortless streets.
On the outskirts stopped at Netto to gain food for the rest of CZK 100 (the next day we returned to Sweden and the Danish money we had already useless)

The way to hillerød was difficult because of hilly terrain.
The road that climbed the hills, then down with them.
And so almost constantly.
We passed a few small towns without stopping them.
Only Rinat each time hampered near the car dealerships, which there are not less than Bicycle shop.
On the outskirts of each village - a huge area with a variety of cars.

In Hillerod we arrived about seven o'clock in the evening.
The town was extremely Milam and clean.
I liked it a lot more of Copenhagen. 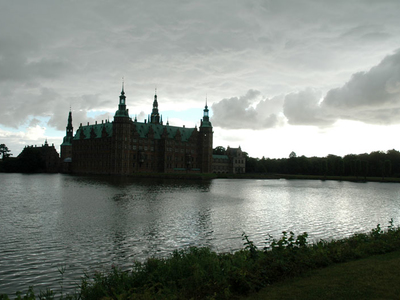 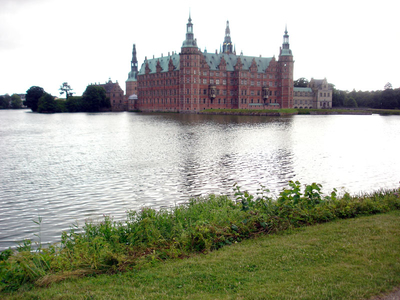 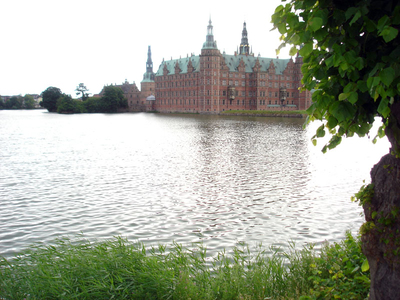 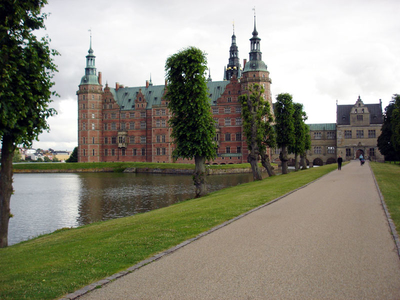 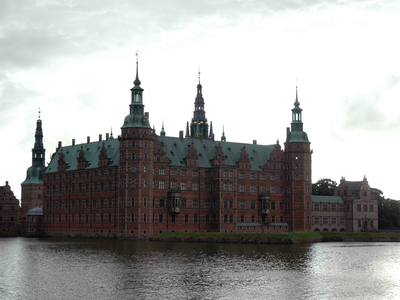 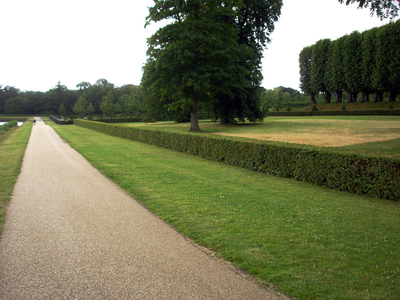 Frederiksborg castle rose suddenly in front of us on the opposite shore of the lake.
The sight is absolutely amazing.
Such beauty I do notIdel in my life anywhere else.
The special charm and mystery gave almost complete solitude.

Drove past the regular Park, where the bushes and trees were planted, like soldiers in formation, smooth trimmed rows.

The castle itself is located on the island in the lake and connected to land by bridges.
In the picture from space is clearly visible.

And again, no guards or ushers.
We quietly entered inside. The gates were wide open.

On the cobbles, shaking the bike to the ground drove all the way to the square with the fountain (the so-called Middle yard).
The fountain is a separate song.

Christian IV was instructed to build a fountain for the middle courtyard of the Dutch artist Adrian de Vries, who worked for the Holy Roman Emperor in Prague.
It was built in 1617 and is set to 1621г.
The fountain was one of the most beautiful buildings of the castle of Frederiksborg.
Many sculptures adorned it.Frederiksborg Then the sculpture was transferred to Sweden as war booty in 1659.Frederiksborg And in 1888 J. C. Jacobsen paid for the reconstruction of the fountain.

And now we had the opportunity to witness the fountain to its original beauty.
There was something mystical in the fact that we are totally alone walking inside of this Grand creation.
Our steps echoed loudly around the echo Bouncing off the ancient walls.
Dark clouds in the sky intensified the effect.

Inside the building of the castle to get there was of course impossible.
There is now the Museum of National history, and museums in Scandinavia close early.
In the castle are stored the extraordinary expanatory furniture, tapestries, paintings, porcelain, silver, decorations, medals and a huge gallery of portraits of the 16th - 19th centuries (Danish monarchs, Vitus Bering, Andersen, Catherine II, Mary Stuart).

But we had the courtyards to see the beauty in spite of the genius of human hands, to appreciate the beauty of this place.
Here even wanted to talk in a low voice.
/> 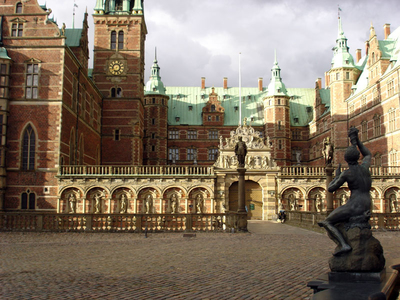 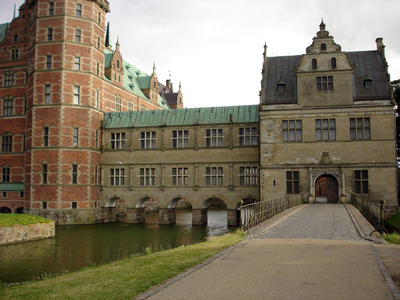 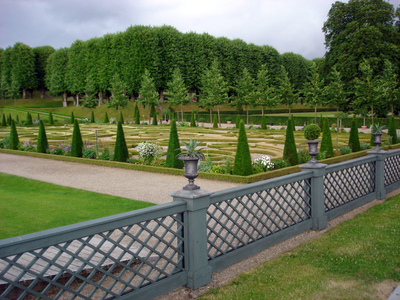 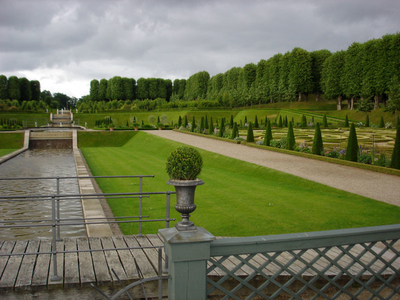 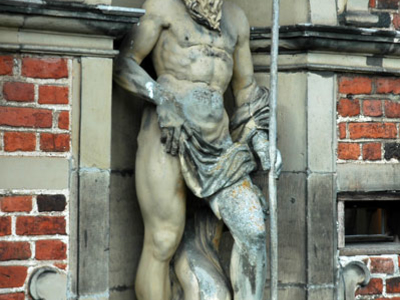 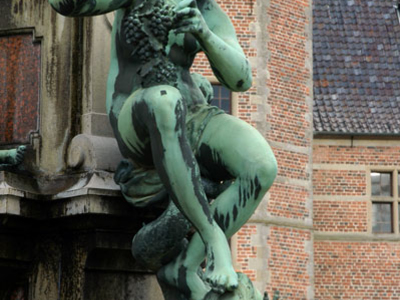 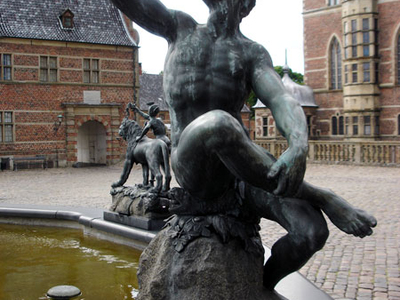 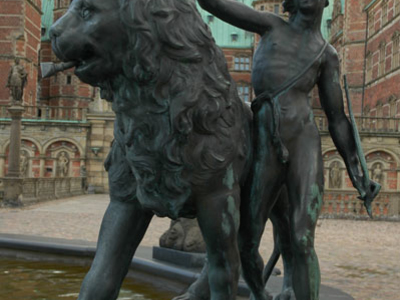 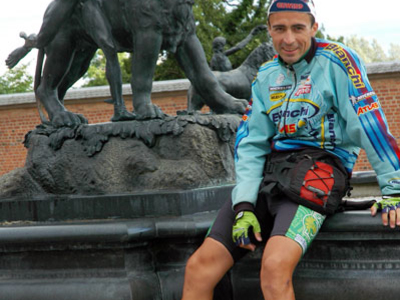 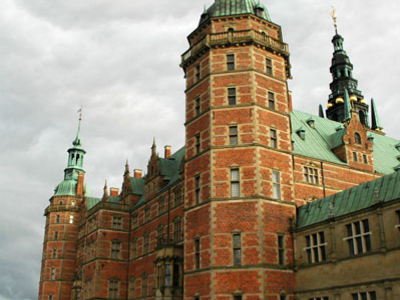 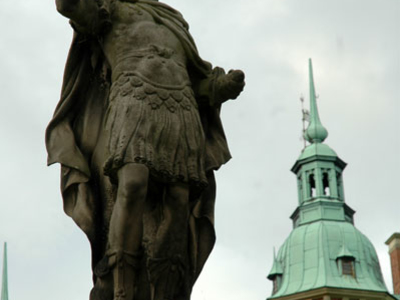 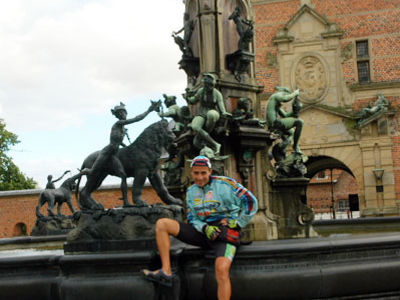 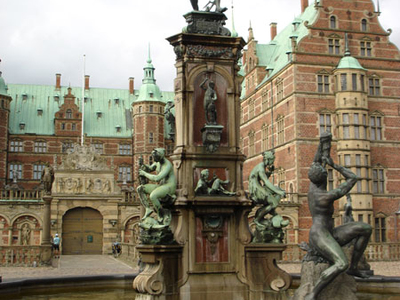 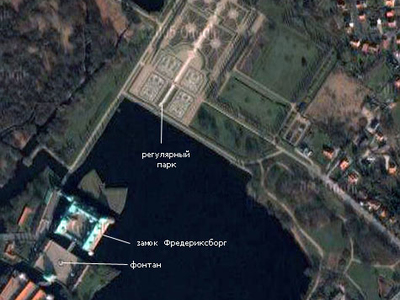 In this castle was born the darling of the Danish king Christian IV.

CHRISTIAN IV (1577-1648), king of Denmark and Norway.
He was born on 12 April 1577 in Frederiksborg castle in Hillerød .
In 1582, Christian's father Frederick II agreed with the higher nobility, that in the event of his death she will support her son.
In 1588 a young Christian came to the throne, and the country until 1596 was ruled by a Regency Council.
The Board of Christian fell to major conflicts, but it was of great importance for the country.
Was carried out reform of army and Navy, Copenhagen was enlarged and adorned with new buildings, external trade received a new impetus thanks to the creation of the Danish East India and West India companies.
The king was engaged in many wars and not all of them were successful for Denmark.
The last years of his Christian life was marked by a struggle with the nobility and the endless family squabbles.
Christian died in Copenhagen on 28 Feb 1648, the throne passed to his son Frederick III.

We went with Rinat on the other side of the castle through the outbuildings, probably where the servants lived.
And again were on the streets of Hillerod.
If we had more time I nepremenno there wandered again.
But we had to go back to Elsinore.
It was late afternoon and I had to go another 40-50 kilometers.

At Elsinore we arrived completely exhausted.
On the way stopped for water at the gas station.
While Rinat, who had a taste in the English language and always tried to personally communicate with employees, this time long had to explain to the surly guy behind the counter what he wants.

Once went on the road and poutasi motorist pulled up next to us and politely showed that here we are not allowed to go as close to the paved bike path.
And we are not or noticed or tired decided to ignore.
But it didn't work. Danish people stands out.

Our old place on the shore of the Strait were waiting for us.
Returned to base.
I again rubbed his ass.
Still again had covered 130 km
While Rinat had to turn the kitchen I started the treatment and set up the tent.
This day was one of the busiest on impressions for our campaign.
In fact the day we visited the lion's share of all Danish sites, which are stuffed with all the tourists.

The evening we had a fine eating Danish delicacies and animatedly discussing what they saw and our plans for the future.
Whatever you say, and we have developed some close friendships with Rinat lately.
Difficulties unite us like nothing else.