Cycling / The new adventures of the Kid and Carlson / Epilogue

which is sometimes more important than the prologue

Then he grabbed the newspaper and a long time lovingly looked at the two printed photos.
Here, I'm afraid can not see, how I'm beautiful, he said. - And that I was rather chubby, too, look!
He put the newspaper under the Kid's nose, but then pulled her back and passionately kissed your picture where it shows the propeller.
Gay GOP when I see myself, I want to shout "hurrah!" he said.
The kid is seriously mad.
- No, you're stupid.
Now crowds of fools would walk behind you just to watch you fly, or steal your motor.
- How you do - he said angrily - as you can do this, I ask you, if you will besiege the crowds of people!
Carlson perked up.
- You know, there are three ways: kerosene, reducing and tomfoolery.
And I think I have to use all three at once.
Carlson tilted her head and looked at him slyly.

We met in the evening on the platform of the Ufa station of our friends.
Dima Powergo was also probably very sorry he couldn't come with us.
We were very happy that finally the house, but even more proud of myself and full of moral satisfaction from such an interesting trip.

The first time I was not at ease.
Sugar people. Everything irritated me around.
Vanity , an abundance of people and cars. Bad water and a lack of respect on the roads as the cyclists.
Having suffered a week I found in the Internet companion and left for two weeks to ride across the Crimea.
For relaxation.
I always go to the Crimea, when I want to purchase peace of mind and come to terms with myself.
But that is another story. 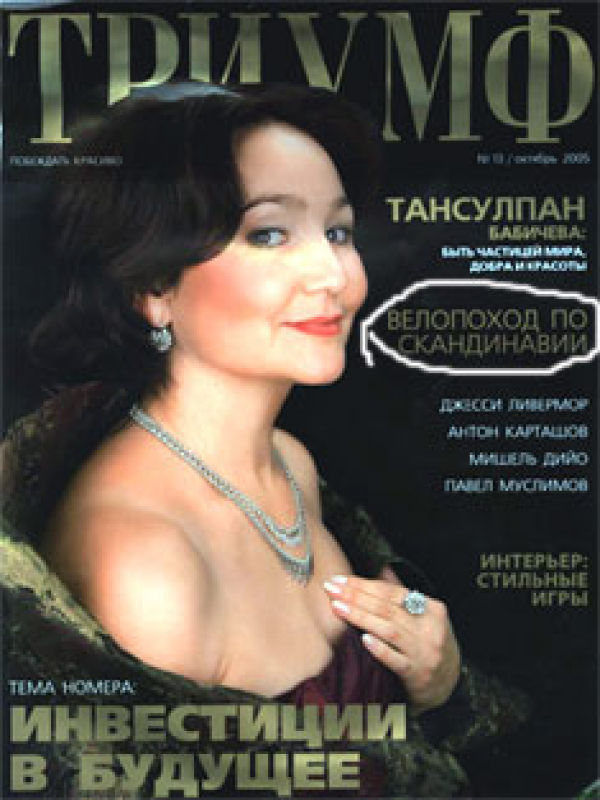 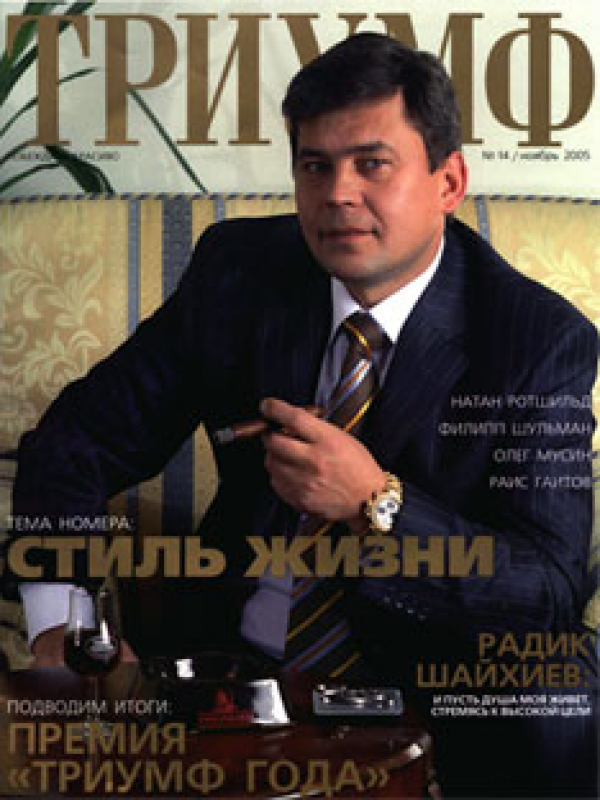 After some time Rinat published in two issues of the journal "Triumph" article with photos about our Cycling trip.
And joyful came running to me with a fresh magazine in anticipation of glory, which here should fall on us.

It was another time, the glory of all is why it was not:)
And does it make sense for a normal person?

...Why, man, you don't appreciate the noble work?
Artists - senses of the soul nationwide.

Artist drive - by to part game to death
and he does not live who has forgotten how to play, believe me!

Dead notorious "use". Much more useful
the other carried by the form, colors song!

The main thing is that we got to see the world and talked to other people, found new friends.
And of course enjoyed it immensely from such a lovely and affordable means of transportation, like a Bicycle.

Thanks to this trip we were able to look at the world different from ours and to plunge into Swedish socialism , atheism Danish and Norwegian silence.
Were able to measure the forces to appreciate what made up the people there and that it was lost.
And I am once again convinced that heaven on Earth is not.
Everywhere is good and bad in their own way.

Very popular today Norwegian writer Eland Lu - my age - once said:
"...A journey of new places, people put the person in the situation, unusual for him, and because he begins to feel sharper, to think about something else, everything suddenly changed.
Once a person goes over the threshold, he is forced to see the world around you carefully...".

We in Russia certainly have something to learn from the Scandinavians.
First of all, to respect nature and children.

And stands again to read their national stories.
From the height of past years, they will open with new power and misunderstood the earlier side.

And especially of course "the Story of the Kid and Carlson" by Astrid Lindgren. In Sweden not too, as it turned out I love this story.
They were dearer to Pippi, as the personification of women's sasostoyatelnoy and emancipation.
And Carlson, whom we are accustomed from childhood to see only adapted to the Russian reality character.

In the original version of this infantile, greedy, boastful, inflated, experiencing self-pity, self-centered, though not devoid of charm man.
It is a kind of alter ego of the Kid who was being the third child in the family was often bypassed by affection and attention from someone and felt alone and abandoned.
It is no secret that often in a large family the last child gets less love than the previous one.
The kid saw it , he was feeling sorry for myself and then there is Carlson , an imaginary proof that the Baby has a boyfriend too and he need someone in this world.
Carlson is the dark side of the soul of the Baby (if at all possible to talk about this at such an early age) or rather rowdy.
Parents teach children to behave decently, politely , forbid them a lot, forced to do homework and go to different classes.
A child so want to fool around, to run in the street.
And if he is deprived of this, it remains only to dream.
Carlson is a much less admirable way of distaste than peppy and probably the Swedes therefore dislike it.

In the Russian transcription left in the shadow of such a serious moral of this tale.
And only a naive Kid and his friend-a monkey - a fun, resourceful and charming.
Translators facilitated the tale for the perception of children.
Yes and she's the best lay on our mentality.
And the result is that the Swedish writer wrote herself, not knowing this, the real Russian fairy tale.

My friend Rinat, so wonderfully in character similar to the character of the tales of Astrid Lindgren, enlivened our journey and my story about it.

I without exaggeration - just fell in love with Scandinavia and first of all in Sweden.
This country was very closeand me in spirit.
My heart beats with it, and now, as I write these lines.

However, there was a feeling that a lot is alien to us and it is unlikely this situation can be changed.
I do not believe that moving from Russia to Sweden to a permanent place of residence, it is possible to be his, even after many years.
A home you can feel only the country where he was born.

...And all this,
and all of this abroad,
and your whole Europe,
this is all a fantasy
all of us, abroad, fantasy...
MARK MY WORDS!...