And they kept their promise.
No one ever heard a word about Carlson.
And that is why Carlson continues to live in his little house, about which nobody knows anything, although the house that stands on the most ordinary roof of an ordinary house on the most ordinary street in Stockholm.
Therefore, Carlson is still calmly walks where he pleases, and mischief as he wants.
It is known that he is the best prankster in the world!

Rattled alarm clock cell phone and I barely opened his eyes.
The cabin was stuffy despite the air conditioning that works.
Rhythmically purring motor of the ferry and its walls slightly vibrate from it.
I shook Rinat and went into the shower.
Finally we were both ready and took the Elevator upstairs to the buffet.
Well surprise the place was deserted.

Viasna that we'd forgotten to watch from Swedish to Finnish time and got up an hour earlier than necessary.
Rinat, prognuvshis, went back to bed, and I went up on deck to see the sights.
There was the open sea and the shore not yet smelled.
A few passengers are early risers wrapped in jackets from cool winds.

The time has finally come and the buffet opened.
Of course we were in the forefront and paid the required 8 Euro for the Breakfast is located by the window.
Rinat, determined to outdo its previous record, stocked with several dishes.
And he did it probably.
This time we do not have anyone to talk to over Breakfast and we focused on the food.
Until finally Rinat barely lifting your ass from the chair not croaked that we need to get him into the cabin.
In order to visit some place conducive to appropriate attitude. 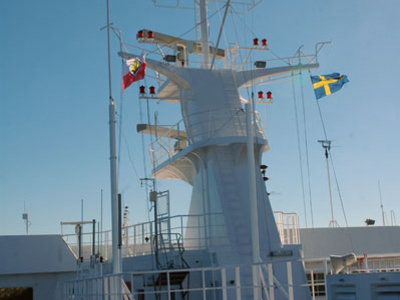 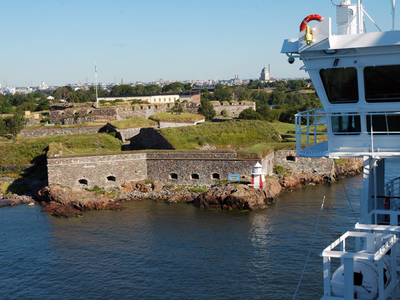 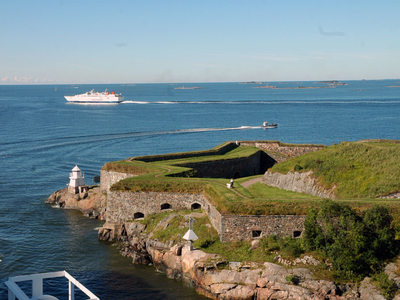 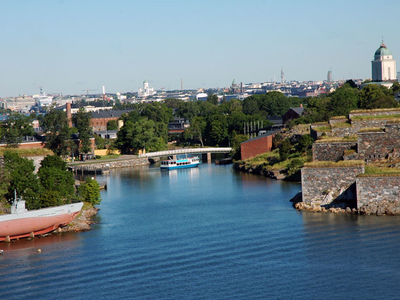 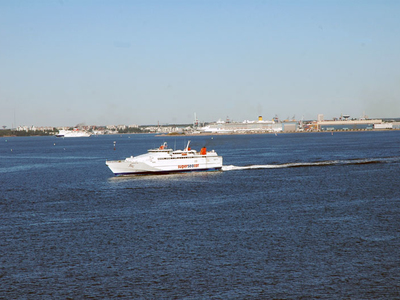 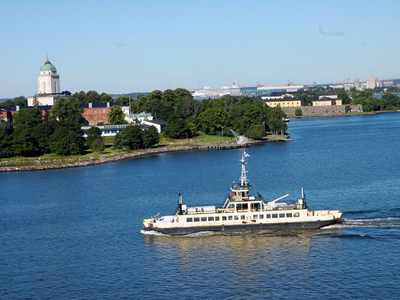 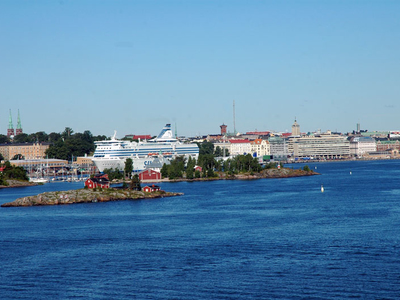 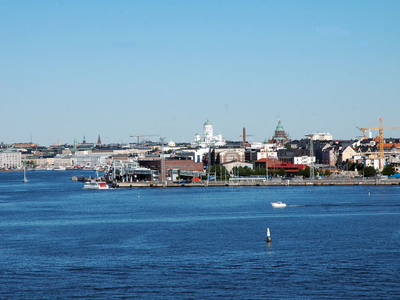 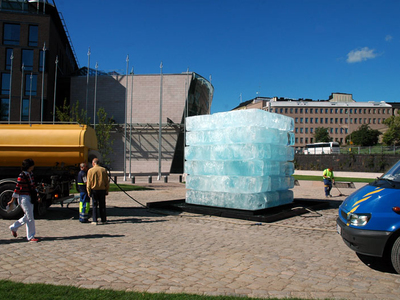 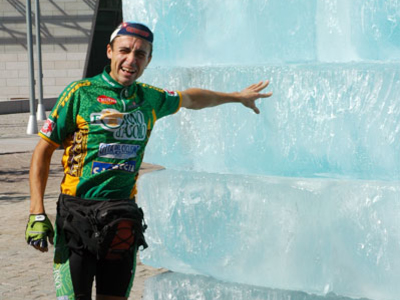 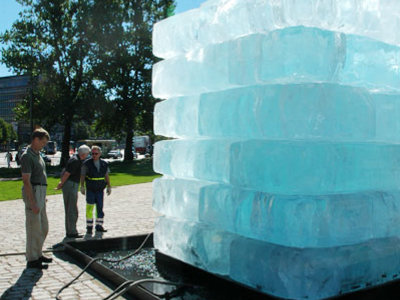 In the cabin I took the camera and to let the other be alone with himself, wentI'm going to take down the approaching Helsinki.
Before arrival remained for about twenty minutes.
The ship went past the skerries and on the horizon one could already see the house capital of Finland.

Sailed past the fortress of Suomenlinna. And the ferry came into the Bay, approaching the dock.
I stood almost to the last moment and then ran down into the cabin.

On the loudspeaker announced that the ferry arrived and it's time to exit.
Clutching their belongings, we went down to the engine room.
And with some difficulty found our bikes.
Vans were so closely set to each other, which sometimes squeeze between them was only possible side.

Finally, the ferry opened its gates, waiting for the car, we emerged into the fresh air.
Helsinki greeted us with warm weather.
Remembering the departure of the user, immediately went to find our bus which was to depart in two hours from some of the hotel "Jiloca".
Time was still enough, but something tells me that it is better to be safe than sorry.
We arrived to the train station where we had begun our journey and where we were dropped off a month ago.
Began to ask the passing where is the hotel "Jiloca"
Surprisingly, no one knew.
We lounged around the train station, we stopped at the nearby streets and did not find the right hotel.
One of the counter told us that there is no "Out" he doesn't know and we may be confused and it is a Hilton hotel.
And then we need to go there and then.
Looking at the map we had doubts, he was far from the station.

Rinat swore up and down that it exactly recorded .
Although ,to be honest, him in this particular faith was not knowing how he hopelessly confuses any names.

We finally found the bus station nearby and I went down to the basement where there were buses.
However, from there went to the bus to Peter.
Our was a private Charter.
But there they were and did not smell.

I went back to Rinat and we puehali again to the train station.
Slight uneasiness took possession of us.
Was less than hours before departure and we did not want to stay in Helsinki.

On the square in front of the station we were lucky.
Rinat saw a bus similar to ours.
It really was the flight from Russia and his driver finally clearly showed us where the elusive "Jiloca".
We were looking in the wrong direction.
And the hotel was small and inconspicuous.

On the way saw an extraordinary sight.
In the middle of the Park someone built ice cube.
Workers stood and doused it with cold water, not much melted.
Probably what the sculptor decided to Express yourself with such installations.
Rinat certainly came to the wild delight. After all, he is winter cut the figures out of ice.
Had to shoot it in different poses on a background of his favorite activities.

The place in front of the hotel was very brisk.
Here stood about five buses to Russia.
And everyone started to invite us to himself.
But our ticket has been paid for in advance and it was not true.

Loaded the bikes in the trunk of the bus, even without considering them this time.
Got to the salon and after a while went home.
On the Finnish border the customs officer asked us about the bikes.
We said we rode across Scandinavia.
More questions followed.

Rinat nothing to do again took up the pen.
Scratching his five fingers his body in several places and Pokusaev the handle in his mouth, he carefully withdrew the last sentence.
Then tried something else to write, but the inspiration apparently was not, and he decided to exchange it for sleep.
After this way - a very good thing.
I, too, followed his example.

The notebook fell out of the hands of my friend.
On a white sheet with blue color stood out of the word.
"Bath could not find..."