Cloudy water of the lake Hjälmaren

I bet I have a candied walnut!
I bet I'm going to eat! - the Kid said and quickly shoved a nut in my mouth.
Carlson sat down.
He was sad.
- You promised you will be my birth mother, and doing what stuffed his mouth with sweets.
I've never seen such a greedy boy!
A moment he sat silent and became even sadder.

The next morning the bloom was first climbed in the water to save a lure.
After half an hour he still did it.
The mood has improved and after Breakfast went back to throw spinning.
On the tenth throw he uttered a human cry - I already jumped on the foam.
You'll see - on the hook flutter perch. First fish caught in Sweden! 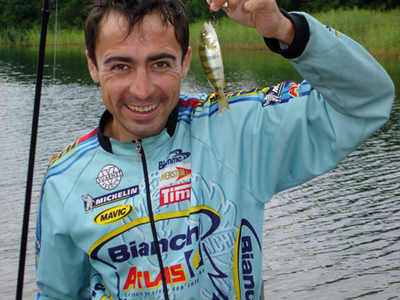 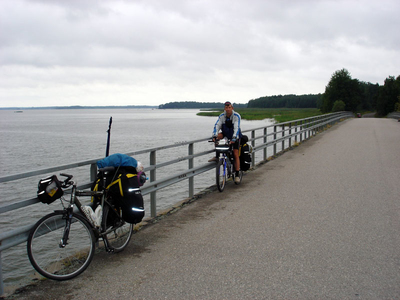 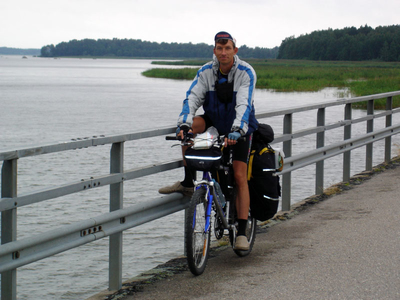 Rinat triumphed , and I thought how this fish is still messed up.
Probably this morning as all the Swedes relaxed and swam at the bottom of the quarry not expecting any trick.
Well, someone came into our heads(even if it's the head of a fish) for fishing in a puddle, if there are elegant rivers and lakes!
Well sailed himself sailed and caught rinatovich trolling the poor guy.
We of course released. Us with such catch any good, and it still to live Yes to live.
Rinat however, was immensely happy if finally fulfilled his destiny.

Away from the road to the water drove a black Mercedes.
It's probably some fat Swede with their girls came to have fun, relax and eat sausages on the grill.
I expressed some doubts about this version of my companion.
Rinat amazement knew no bounds when the car left well-dressed man, pulled from the trunk which the jacket and went to excavaTorah.
After a couple minutes the engine it growled.
Half a day after that, Rinat, dumbfounded and mumbling about strange arranged your life here, when a simple excavator could afford a Mercedes. And he is a famous photographer in Ufa is forced to pedal the bike. 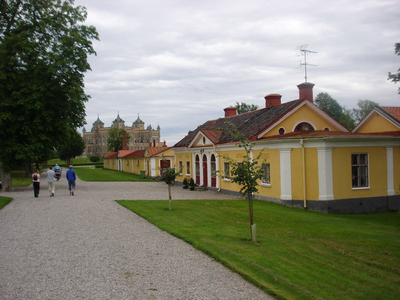 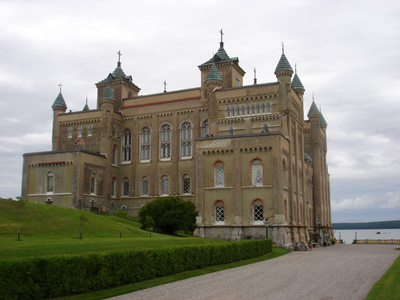 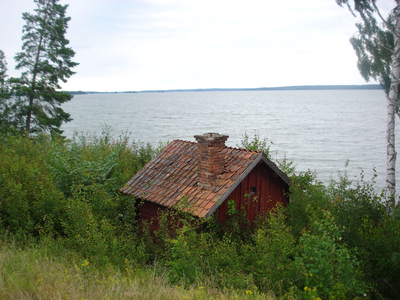 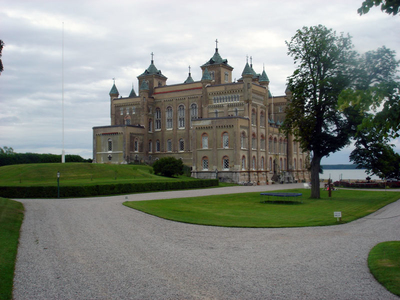 We left the island and drove on the road along the lake.
The weather was again not so good.
Occasionally drizzling rain.
In half a day we went around the whole lake from its southern side.
The road is not much remembered, but that's about turning on Facebody (Fiskeboda) I noticed an interesting cable car that went a little to the side.
The cable car was not a passenger, and a cargo - cradle was like a bucket of coal.

If I chose the path on the North side of the lake, our path would have been more interesting.
But as they say, been there done that.

The lake was crossed by a bridge and the wind there blew not too shabby.
Near the town Allberga on the map were shown the castle.
We didn't want to travel all day and see something interesting.
Poked a bit in all sorts of twists and turns until they finally saw it.
It was not just the castle but a whole ensemble.
Many outbuildings for servants around, restored and well-maintained.

The castle was in private ownership. That is, there were people living there.
Nevertheless, they were allowed to drive up to him very closely and admire.
This is what we told the sweet old woman, when we hesitated nearby.

The castle is located on the shore of the lake.
Before him is a flower bed where apparently the children play the hosts - lots of children's toys.
There's a sign that not to come closer.
But we are at your own risk went into the yard and approached the parapet in front of the water to see how it all works.
In the end, it says that it is impossible to ENTER, and we ENTERED:)
After admiring went back, the corner of my eye seeing as they tread onColo inscriptions prohibiting law-abiding visitors.

In Alberge had to get water.
It was late and the stores we did not come across.
So stopped at the fork in the road at a small diner and Rinat taking the bottle went inside.
There he was kindly asked to get water tired velorution. In any case, the implication was there.
However it looked a bit different - Rinat knocked empty bottles on the counter, attracting the attention, and several times repeated the word "Water"
with a different accent to surely understand any Swedish.

And then we had a strange argument.
Rinat said that in his opinion is unforgivable we eat a lot.
All this is of course healthy and delicious, but as a result all these expensive dishes, not lingering for long and then leaving it overly often and for no apparent benefit.
And therefore from that moment he inclined to the Swedish save the money for purchases of art objects and clothing.
And proceeds from this point to the tea, cereal and crispbread.

On this optimistic note, we went ahead and went to the village of Gillberga.
On the map, we again saw the icon of the beach, our stick wand.
After the village the asphalt ended and Rinat immediately punctured tire.
While he changed the camera under a small rain I went to investigate.
And made sure that it has.
Again, a small beach ten metres by three. Wooden walkways for swimming and table.
And space for tents under the trees have protection from the rain.
It was what doiny Bay lake Hjälmaren - long and curved like the Appendix. 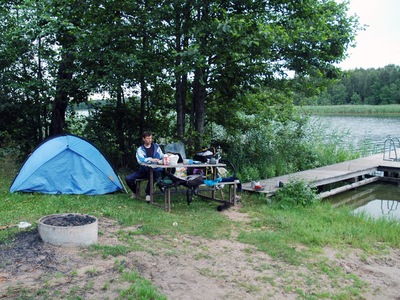 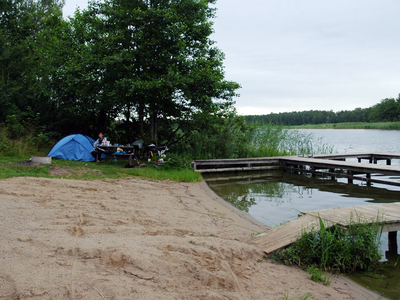 I came back for a bit and we soon settled down for the night.
For dinner my friend basically abandoned everything except cereal and morosely chewed a bit of sugar biscuits.
I first tried ego to reason, but then spat and put this matter in the morning.
We fell asleep to the sound of rain.