Cycling / Norway.Naive.Super! / A race with grandma

A race with grandma 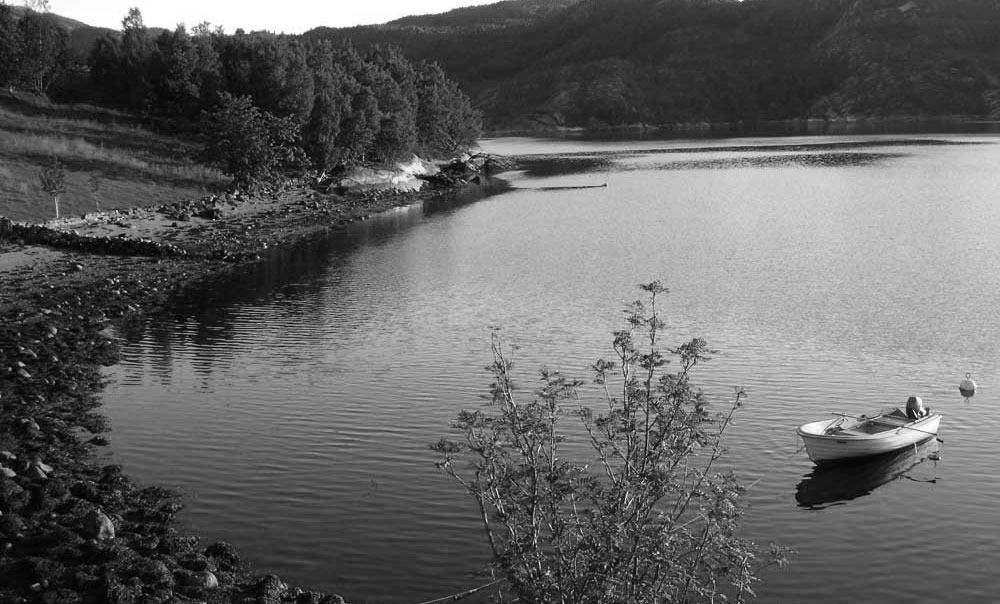 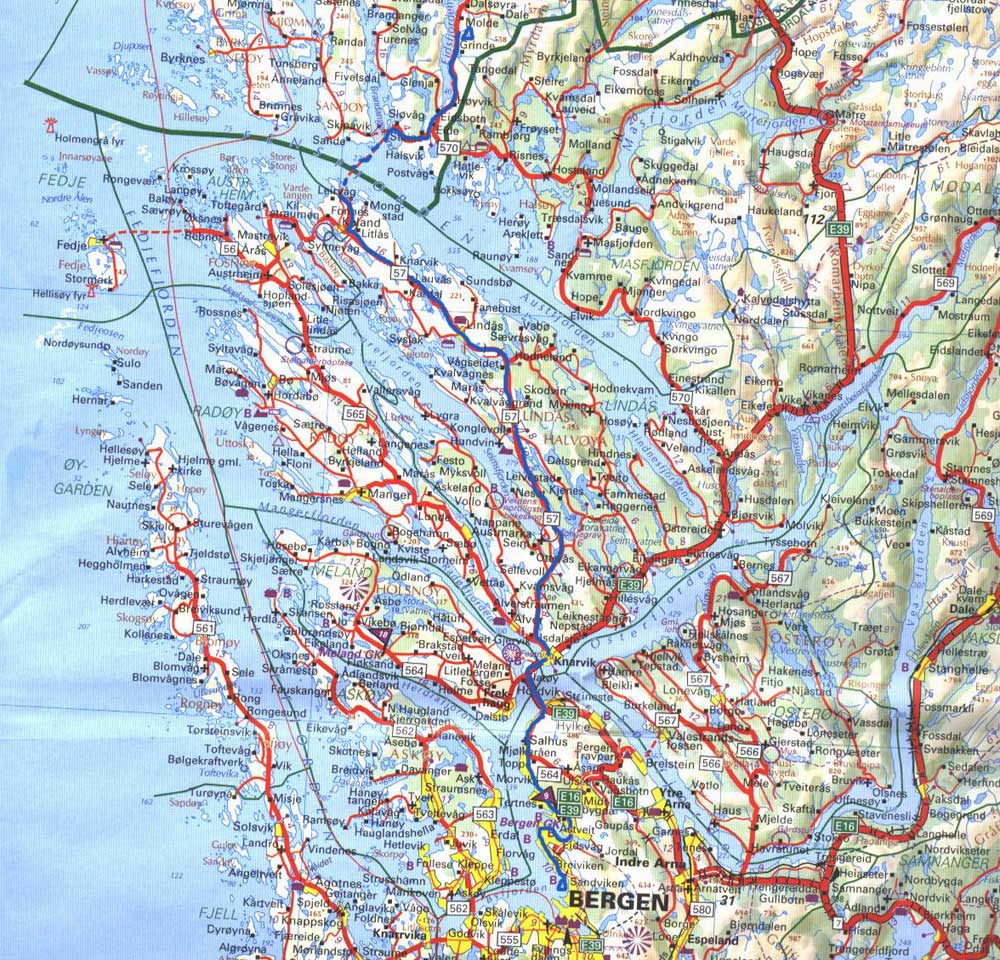 In the morning we were awakened by a woman cleaning the beach and politely asked when we here crolim.
We assured her that after a couple of hours our legs wouldn't stay here.

And so it happened. In a hurry but slow and it did not stop us to eat before we hit the road and to exploit the local outhouse. 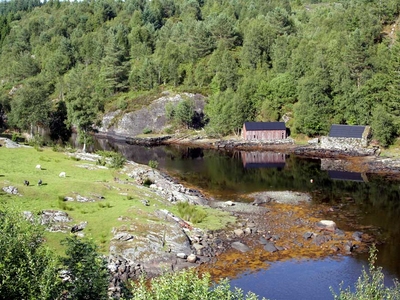 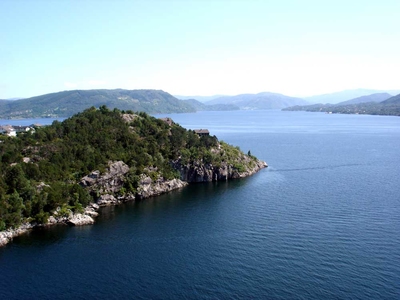 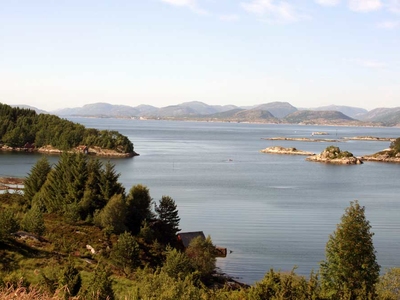 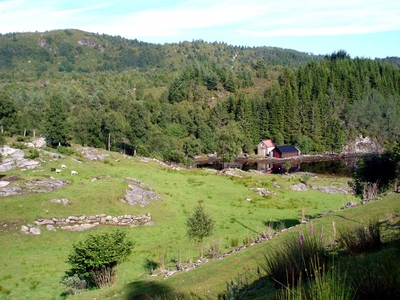 Our further route lay along the coast towards the town of Salhus.
Detailed maps we already had and we of course got lost.
Simply put, trying to cut the distance, we stopped at the Peninsula to a standstill.
There was a large hospital and the local doctor explained to us that to get to Salhouse we can only if we will go back.
I had to go back to the mountain a few kilometers.
No longer relying on intuition, stopped at a private house.
The young woman gladly showed us the way.
To help her came her husband and together they quite clearly explained everything.

In Salhouse, when we again asked the road, we heard an old lady in a wheelchair.
The armchair she was mechanized. Essentially a small car in the form of a chair.
And this old woman rather dashing in charge. And her temperament would be the envy of probably himself, Antonio Banderas.
Granny said that she goes wherever we need it and all that is required of two slow-witted bikers is to sit down on her tail and obediently to turn the pedals. And she took us herself.<br />
Laughing we followed her, not believing to trail behind.
However, the reality took hold.
Downhill we of course overtook her stredstv, but it was the way to go up as soon in the back heard the rhythmic roar of the little motor and an old lady with a joyful vozrasni bypassed us.
This was repeated several times until we reached the pontoon bridge Nordhordland Bridge over Osterfjorden.
Ilya has boiled from the consciousness of the fact that he inflated his feet to lose mechanism. 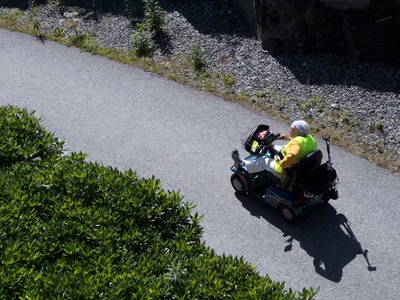 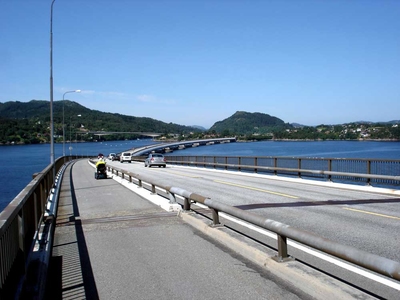 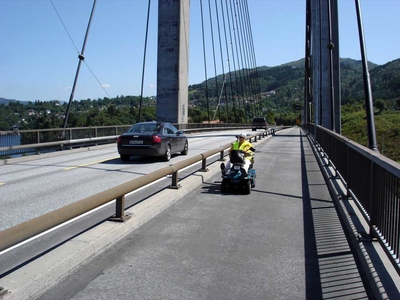 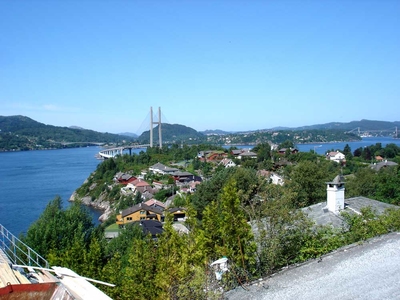 Previously, there was a very lively ferry crossing.
Ferries went filled with cars and people seeking to Bergen or from it.

While in 1994 were not built this floating pontoon bridge.
It is designed, again, the AAAS Jacobsen mentioned earlier.
The bridge is 1600 meters - only the second pontoon bridge in Norway.
On the one hand it supports the cable-stayed tower and it was here under the one high passage boats, and the other he rests on the island of Flatoy.
But the main support of the bridge resting on the floating tanks.
I guess in bad weather you can feel it slightly rocking on the waves.
Until 2005, the bridge was paid for, and then why the charge was canceled.

Before the bridge on the shore of the memorial during the second world war - cannon, and naval mine painted green.

We wanted to sfotografirovat spirited old lady who asked us such a good rate at the beginning of the day.
Waiting for when he vedet your jalopy on the bridge I asked her permission.
Grandma graciously waved his hand and remained in the memory of our digital camera forever.

Norway is not accidentally called "public welfare".
Seniors and immigrants are paid substantial allowances. They are provided togood age and good medical care.
As a result of growing life expectancy buyout is on average 75 years for men and 81 years for women.
Old people live mostly in their homes away from children.
Or have used to send them to nursing homes, where a great care.
The retirement age in Norway is 67 years.
Life Norwegians deduct a percentage of wages into the pension Fund.
Accumulated in the old money allow just the Royal way of life.
Because they are not sitting on the place with their grandchildren, and prefer to travel around the world.

In recent years the number of pensioners increased with time.
It is unclear whether in the future, young nedalekom contain a numerous army of elderly people.
Since the development of social services ceased to keep pace with the growing number of pensioners.
Perhaps in the near future Norway will face a serious reorganization in this area.

Over the bridge was the administrative center - the city of Knarvik (Knarvik) to a large shopping centre.
Here we made a lunch break sitting comfortably in front of the closed for the weekend tourist information Bureau.
Cheap two liters of orange juice with the brand First Prise bought in the local supermarket barely got into our stomachs. 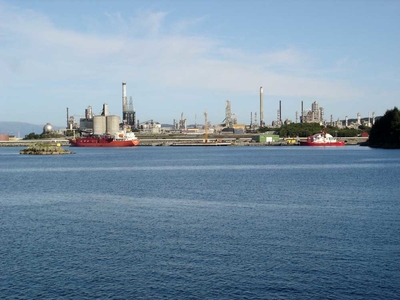 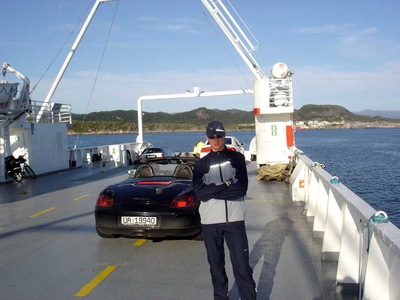 The path to the next crossing we chose at random.
There were two tracks. The distance was approximately the same and the difference wasn't great.
I got great pleasure from pedaling on this site.
Large differences in elevation were not. Machines, too. The idyllic beauty of the Atlantic landscape ceased to amaze enthusiastically.
Just in some very impressive places, she was forced to stop and get the cameras. Forty kilometers on this road a trifling matter.

Ahead he saw a pipe and overpasses huge refinery in Mogstad owned by StatOYL.

Ferry Lairage (Leirvag) was in the vicinity of this monster. It's amazing - around was a deathly silence, from factory chimneys did not smoke and did not smell of chemicals. While waiting for the ferry Ilya wanted to leave the rod in the sea.
In Russia we have to eat fish caught near the chemical plant suicide.
I think that if my friend is caught, we will not be poisoned. 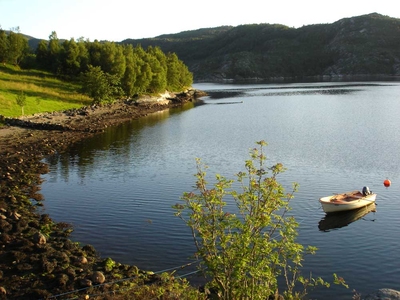 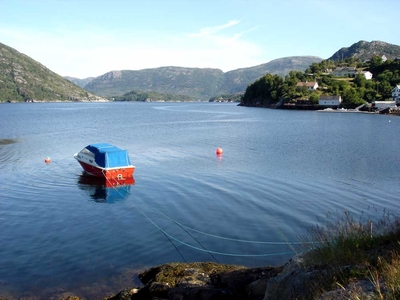 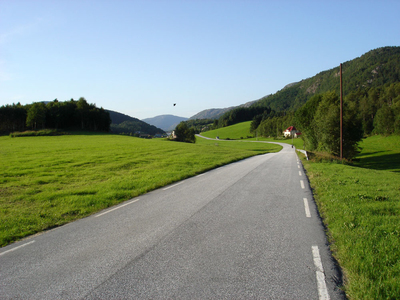 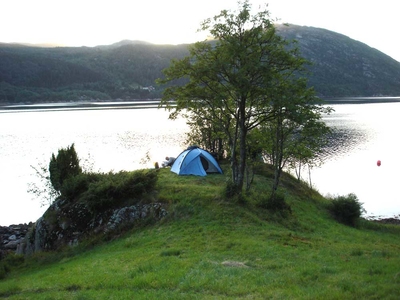 It was getting dark. The ferry was moored to a treeless protivopoloznom the shore of the fjord.
Mainland in these places is literally indented by bays and extend to one another. Water is more than land.

To sleep would certainly at water.
And we found a place just perfect created for the tent.

The track was on a small hill. On the bottom left in the splashing waters of the narrow fjord.
And then Elijah saw a small hill on the shore with a lone tree.
Left and right were private homes.
But this place was clearly a draw.

In the water ,tied to anchors, and swaying fishing boats, and nearby in the grass were dried huge network. We almost stepped on her, down to the water.

In the sky chatter hang glider slices in circles over the water.
He was back into the distance again appeared from behind the mountains.
The water had receded due to low tide and dirty edge of the exposed bottom of a few spoil the beautiful view from our place.
Sleep on the shore Fidsfjorden was exceptionally strong.
Nothing broke the quietness till morning.
◄ Prev
Next ►