Prologue - the power of wishes 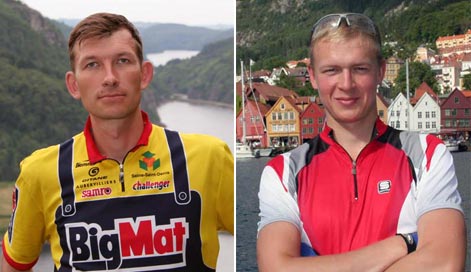 ... Of course,I ride my bike all year round.
To and from work. I'm the cyclist.
Cyclist first and foremost. I am not afraid neither the weather nor the situation on the road.
And I have a helmet.
Cycling gloves. Special pants and jackets. On-Board computer. Lantern. For a year I drive four thousand miles.
And I get to the place very quickly. Much faster machines.
The biggest for me, the joy of jams in the morning.
Who saw, he saw. Perhaps someone this spectacle would get myself a Bicycle.
The thought of it is sufficient reward.
Waking up in the morning, I think: "bike". The only thought.....

The steep Western slopes of the mountains abound with fjords — narrow, protrude far into the land bays, with steep, glacier-polished slopes formed at the lines of tectonic faults.
These giant rock corridors with the blue expanse of transparent waters.

Bank hovering intricate lace.
Fjords, bays, headlands, islets and protruding from the water rock creates a complex combination of land and water.
More than 150 thousand Islands.
They are located separately, and whole archipelagos.

Along the coast, especially the South-West, lies the mountain chain with high sharp peaks with white glaciers and steep precipices.

The glaciers together with precipitation and springs are the food sources of many rivers and lakes. Almost all Norwegian rivers originate in the mountains.
Rivers abound, all of them wet, but short.
Especially short and rapid rivers flowing from the Western steep slopes of the mountains.
They are fed by melt water of snow cover, mountain glaciers, and rainwater.
These rivers never freeze.

"Summer nights, lonely lakes, and the endless quiet of the forest.
No sound no trace on the trails, and the soul is full, like a dark wine"

I open my eyes and can't help thinking that all this seen in reality.
Outside the window is still gray Khmara big city. Scurrying smoky car, dirty slush on the roads.
Rushing where people.
Thoughts of Norway had not left me a year after your trip in Sweden.
Desperately wanted to go there, to the hard to experience the full range of paints coastal landscapes of the Scandinavian countries.
To feel what it's like to live on the edge of the Eurasian continent, is also known as polar winds and warmed by the warm Gulf stream.

In July 2006, the dream came true.
And here we are with my new friend and companion Ilya from Saint Petersburg are on top of the station near the bus next to Finland.
This was preceded by a long preparatory training camp. 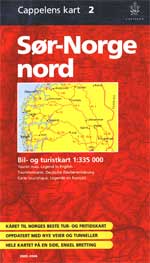 A Schengen visa again through the Light Solovyova from the company "rainbow".
Route development is on the cards, kindly sent by my relatives from Sweden, Magnus and Natasha.
Selection Cycling and Hiking equipment.

At the station we were accompanied by our friends Andrew , Sasha and a friend of Elijah Light.
Norway was waiting for us.

My story about our trip turned out maybe not too much like a report on a Cycling trip.
I'm not really focused on our vehicles, kilometers traveled, speed and the like athletic achievements.
Cycling for me is just a means, not an end.
Besides want to acquaint with the work of the serious humorist, cyclist and wise man - the Norwegian author Erland Lou.

However ,to keep up appearances and going forward, I will say that we drove 1400 km in 18 days.
It's not quite as much as planned, but the terrain posesvolil us more.

Photography was done with two cameras - point and shoot Sony DSC W1 and Canon 350D ciproterona.
In this campaign wasn't the best in the world photographer, Rinat (Cherche La femme), because the picture quality is not as high as it was in the Swedish trip.
But something parse can still.

So in the way!
Discover with us the amazing beauty and identity of the North country.