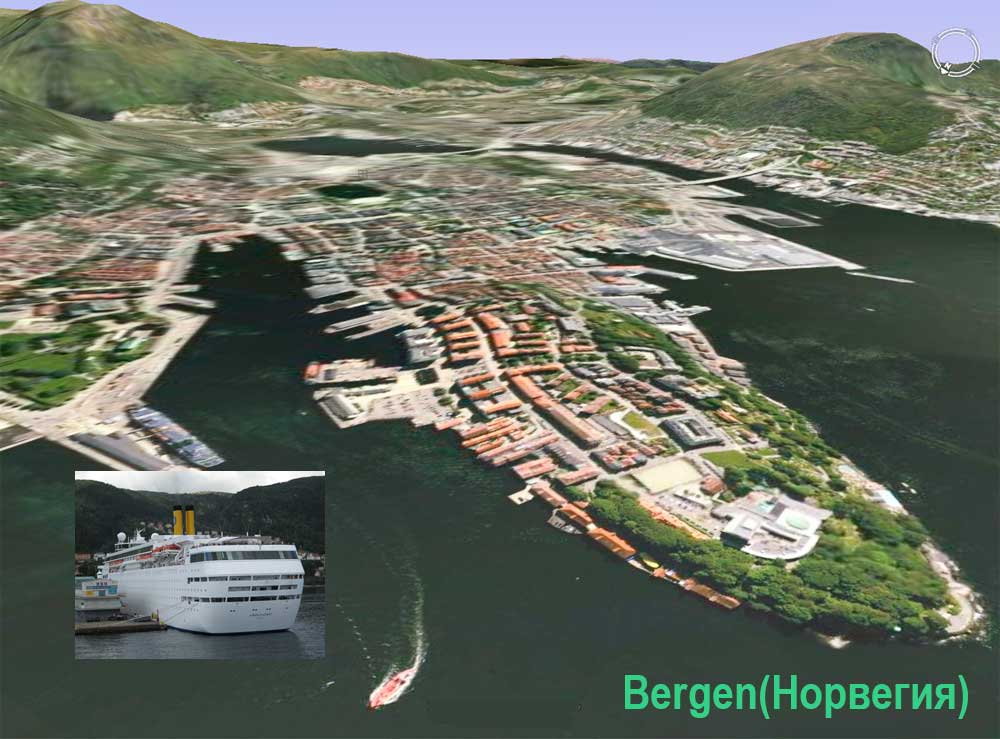 People began to fuss. Everyone ran to the register.
Yielding to the General mood we crumpled up a meal and as it turned out absolutely nothing.

The ferry was huge and long unloaded. Out of his belly through the raised bow ramp endless stream leaves the machine.
It was already dark and the time was nearing midnight, and landing all announced.
The passengers came on Board, but we all stood together with machines. 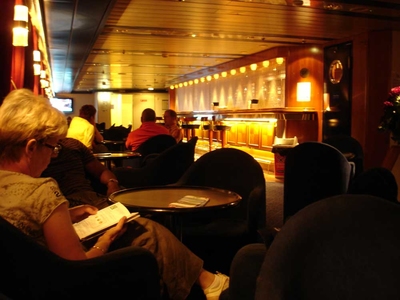 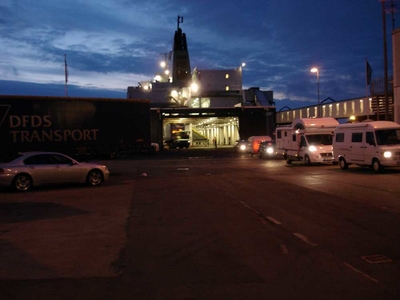 Atlantic ferry wanderer (Atlantic Traveller) owned by the company Fjord Line.
This is a very large company with 120 years of experience performing ferry crossings on the following routes: Norway - Denmark and Norway - UK.
A total of 16 hours of sailing along the Norwegian coast with stops in Egersund and Haugesund.
The flight to Bergen was expensive about 150 euros.

This time we got a cabin above the waterline, and even with the window.
However a big benefit from a small window as it turned out no.
It was easier to go to the upper deck.
Our neighbors at the cabin was what zashugannyh foreigners of retirement age.
Contact with us, they did not go and find out who they are and where they failed.

Maybe our faces did not inspire them with much confidence.
And it's no wonder.
When I looked at the mirror for the first time in the last week was just horrified.
Black sun face, peeling nose, and even in all sorts of pimples.
Dima looked a little better.
Had to clean myself up.

Despite the late hour, the ferry people instantly stuck in the bars.
The inside of the Wanderer was much more scarce than Silla or Viking.

We drank a beer, listened to some jazz band, and went to sleep.
Way of beer.
How many times I tried the vaunted Danish beer and many times could not understand what was special about it.
I read a lot of reviews online where people write what they say here IS beer!
In comparison with which our Russian - urine.
So responsibly declare - urine this and that:)
What Tuborg, the Carlsberg.
There is no much difference with our I felt.
Maybe I'm not a connoisseur, but taste buds is still there.

Probably here the role played by psychological factors.
I read recently that wine is worth thousand dollars seems to taste better wine for ten dollars SOLELY because of the price.
To such conclusion some researchers.
Initially, people psychologically tuned to it.
It is likely that the phrase DANISH BEER has the same magic power.
Puts pressure on some point in the brain.
And people start to think that they drink not just beer, and almost ambrosia.

Ferry night, crossed the Skagerrak and were already moving along the fjords of the Western coast of Norway.
The buffet on the ferry was not.
Had to eat a sandwich price of 200 rubles and a Cup of tea for 150 rubles
Ruin solid!
Back to Norway landed, and prices have Norwegian. 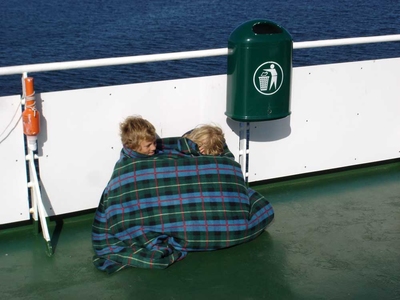 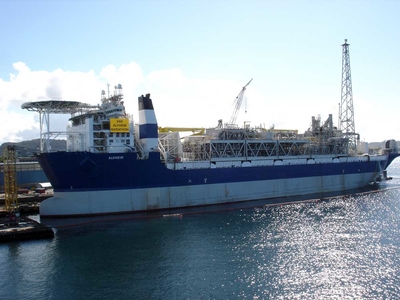 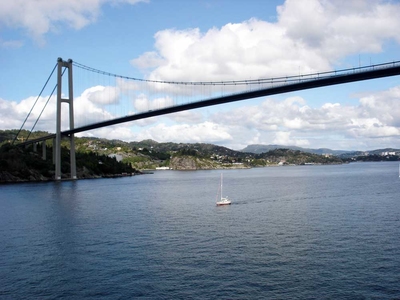 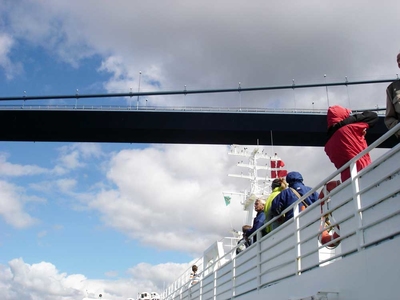 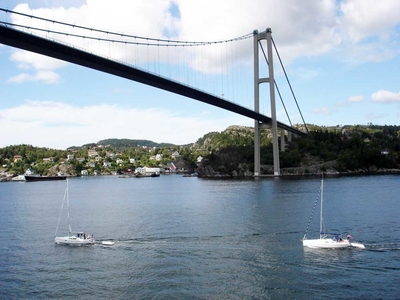 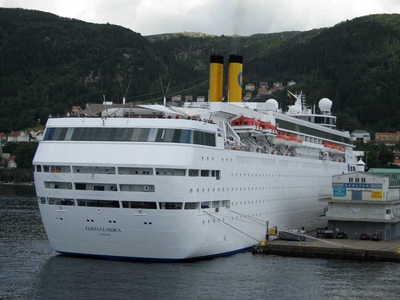 Of course the place is very very beautiful.
Passengers poured out onto the upper deck to watch as the ship veers between rocky Islands covered with pines.
I was overwhelmed by feelings.
After about these places just a year ago, Ilya Stroganov wound kilometers on their wheels.
And everything seemed as relatives and friends.
This rainy archipelago with its center in Haugesund, the invasion of mites and fish.
Can not understand why it gives me so inserts.
Perhaps if I wasn't born in Russia, it just would have been born in Norway.

Well, on this day the weather was quite tolerable.
The sun occasionally shone through tUCCI.
But the air temperature was about 10 degrees.
And the cold sea wind was forced to wrap up in clothes.
Some even wore knitted hats.

We came to the famous narrow bridge height of 40 meters in front of Haugesund.
Not very nice to cross it by bike.

In the port of the ferry were very long. About half an hour.
And soon moved to Bergen.

Dima gathered her things in the cabin, and the rest of the time spent on the deck, admiring the rugged beauty norvegica fjords.
To Bergen, "the wanderer" came on schedule in three hours of the day. 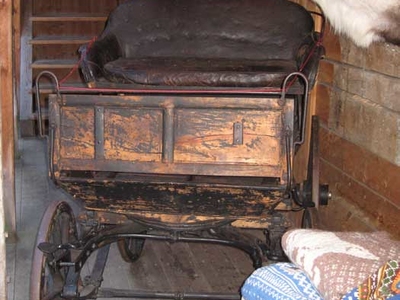 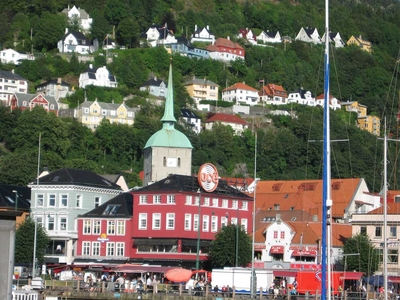 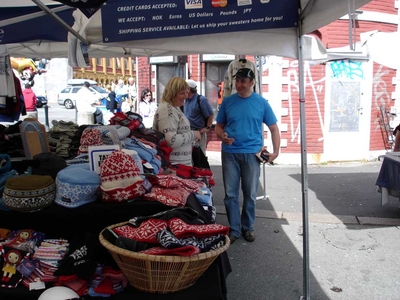 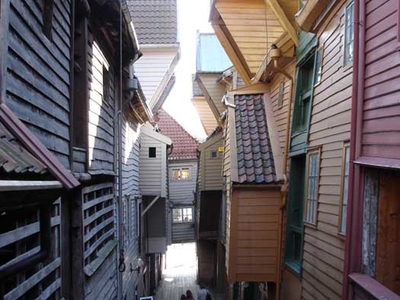 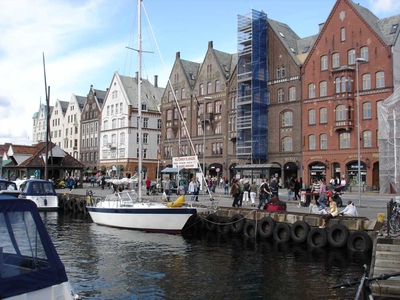 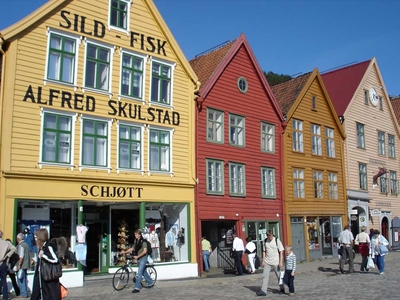 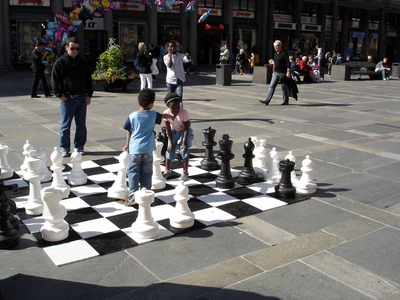 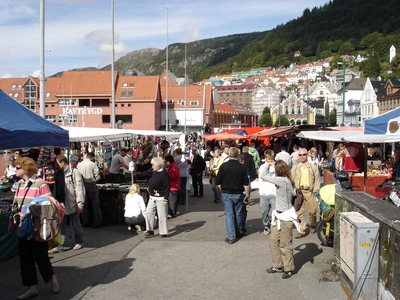 Fantastic luck!
Bergen - the most rainy city in Norway, if not the world.
To find here dry weather is not easy.
Nevertheless, I second time here and second time the sun is shining and warm.
It was just at hand.
Ride around town in the rain would be a much less enjoyable.

The only thing that marred the fine day - artist's leg.
She also swollen.
And although my friend claimed that he can quietly esiti on the bike I felt that he was doing it through force.
Collectively it was decided to return home.
Dima called to Ufa what the doctor and he highly recommended him at least a week's rest.
And all sorts of treatments, koi to conduct in the field had no chance.
Leg unfortunately not the hand.
And go using the one remaining, it is impossible.
A grandiose plan of campaign collapsed in the middle.
But sprinkle ashes on his head made no sense and the last day we spent in the city. 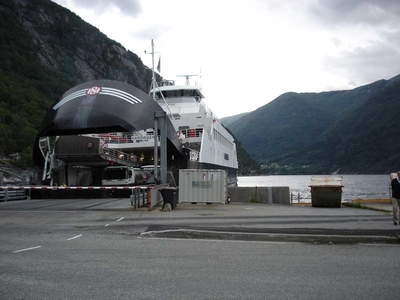 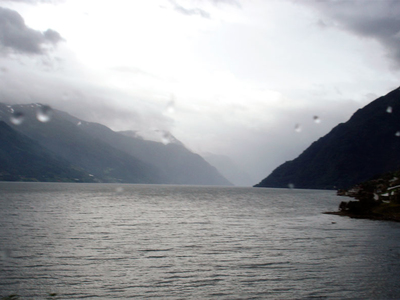 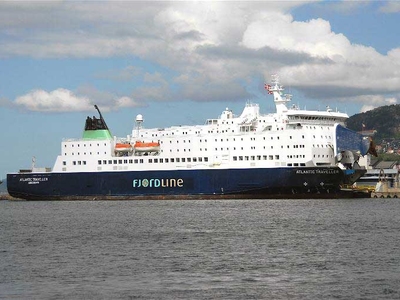 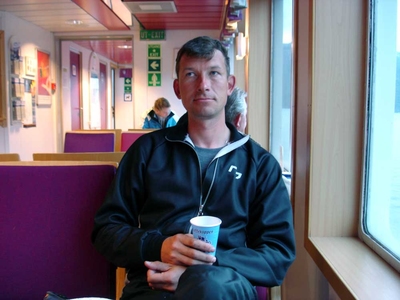 Stared at its beauty, bought presents for their loved ones.
Looked up the bus schedule to Oslo (the first leaving at 6 30 am)
And when savearea, went to sleep on a city beach open a year ago while traveling through Norway.
As would the'll findü it was empty. Only round green table standing on the lawn was gone.
Had dinner spread out on the ground. 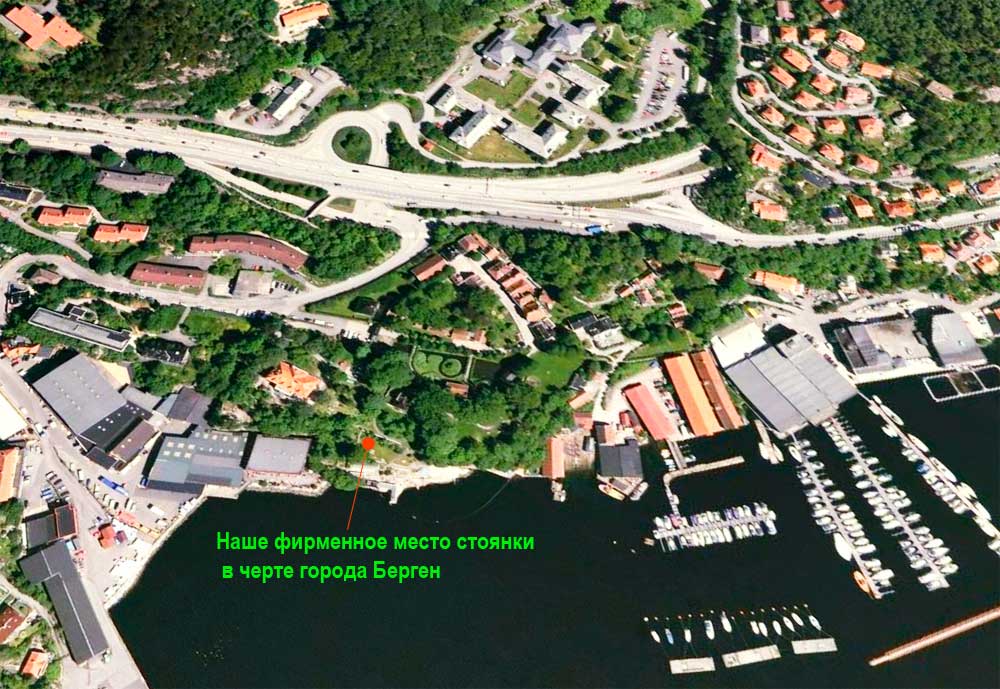 During the night the weather rapidly deteriorated. About three in the morning got up a terrible wind.
Tent telepole in all directions. It seemed she was going to take off.
Early rise saved us and our stuff from getting wet.
The shower went exactly the moment when our bikes rode under the canopy of the bus station.

Bikes Packed in velachery never caused any issues for drivers.
Although the rules of the local bus companies to carry bikes is prohibited.
But it probably applies to bikes unsorted.

The bus took off and from its Windows opened a picture of this Bergen.
Immersed in gray Khmara. The tops of the mountains were not visible because of low clouds.
Slanting rain lashed at our bus, as if in impotent irritation from the fact that let us live, not giving like to feel in their own skin real weather, Norway.

Well it does not matter. It just means that I will certainly be back here doing this again.
After all, any separation means a mandatory meeting in the future.
And an amazing country Norway under the pressure of the wheels of our bicycles humbly bow our spaces to our feet and hearts.
◄ Prev
Next ►