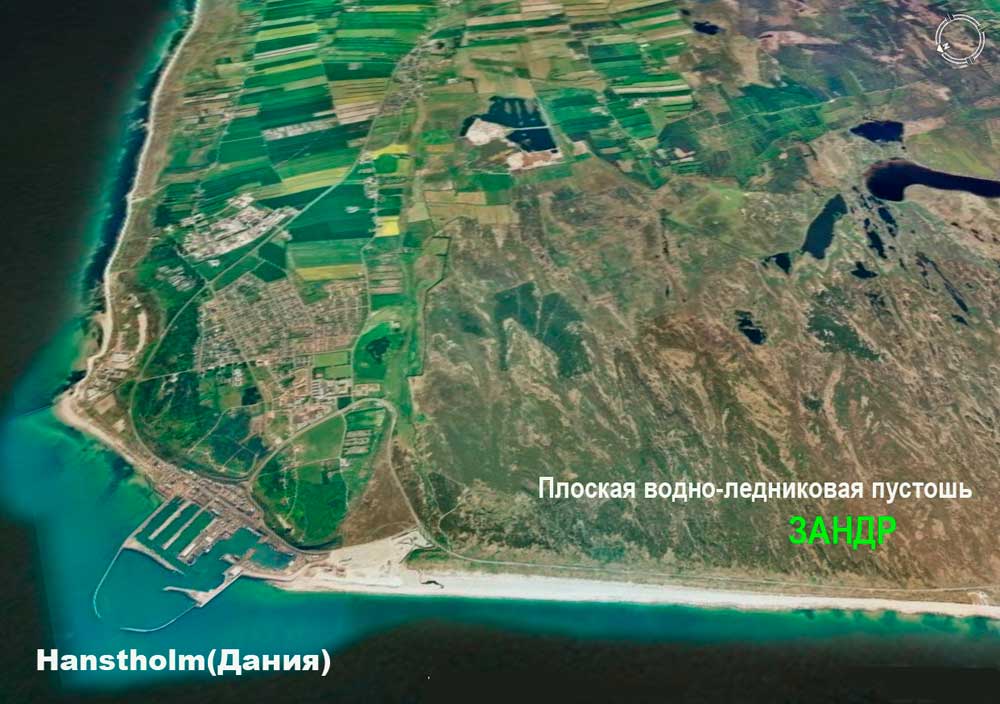 The morning problems with Dima's leg intensified.
She crunched and aching in the region of the Achilles tendon.
He stepped on it.
Though I am not a doctor, but assumed that he had some kind of krepitiruyuschie tenosynovitis.

Tenosynovitis is an inflammatory disease of the tendon and its synovial vagina (most often hands, feet, ankles).
Develops when stress or injury.
Treatment - only complete rest.
It was clear if our campaign is not over, it is already close to that.

However, foot by foot, and morning exercise has not been canceled.
The infrastructure of the beach at Slettestrand had in its Arsenal in addition to the monument, the crab is a small detached toilet.
But without hot water.
But on bezrybe, as they say....
Weather in the morning was a disaster. Light Cirrus clouds do not interfere with the Northern sun a bit to warm up our chilled body.

Dima went with barely visible, although didn't look it.
To Hanstholm was a hand - about 50 km.
And because we are not really in a hurry. 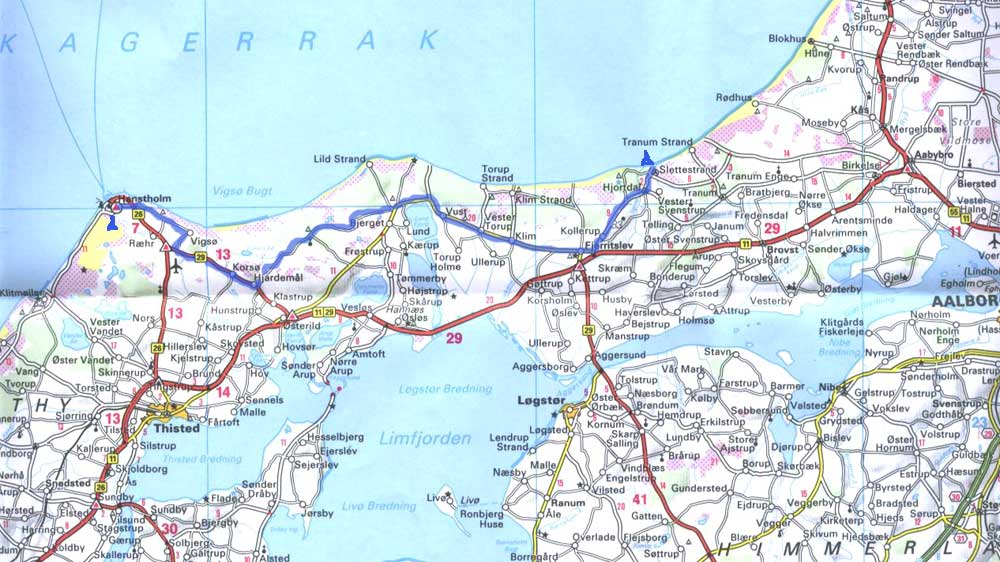 Near the village of Fjerritslev came across a Road sign Daisies.
A special track for cyclists with a length of three and a half thousand kilometers, marked with a white Daisy on brown background.
This route crosses the entire country and is mostly on minor roads, connecting hundreds of sites and passing through the most beautiful and quiet places of Denmark.
Of course happy to become a Daisy and went to look where it lead us.
The wind on this day had subsided and it was possible to fully enjoy the amazingly beautiful deserted lanes North of Denmark.

Well, who could doubt, and this road led us naturally to the toilet.
Rather to withtarinai Church near which in a forest was a marvel of sanitary engineering.
Sparkling crystal clear inside and having hot water - do you think we could drive by?
At the same time and had a snack on the bench. 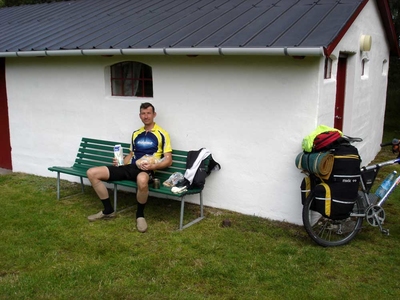 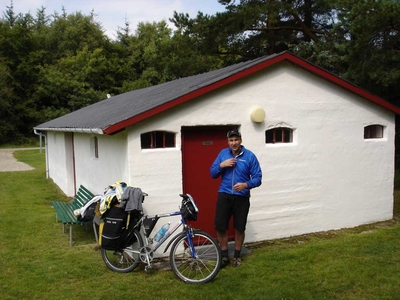 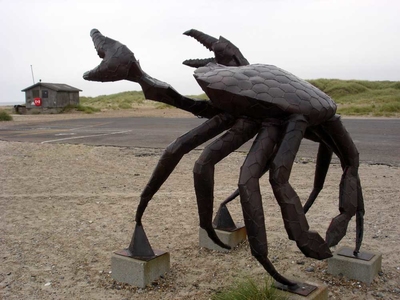 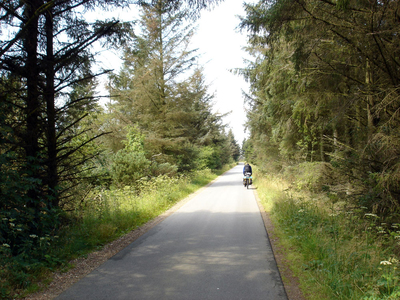 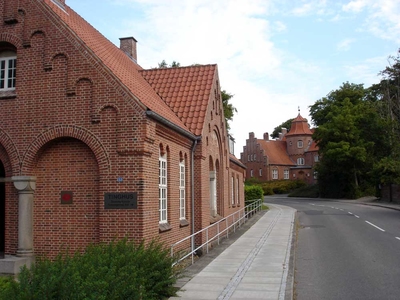 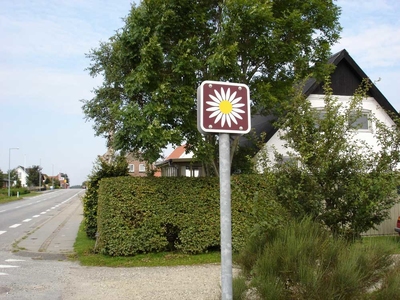 Ferry to Norway went about 24 hours and we have had a lot of time.
The decision to hold it on the beach of the North sea was very reasonable.
The shore in these places was quite steep and the bikes had to throw on top of it.
And the next four hours we are pleasantly decayed under the sun idkkk Jutland.
The Atlantic water was colder than the Baltic sea.
Even Dima, body fat which allowed him marievale where this skinny type as I instantly selegenev, took no chances and was limited to the feet-washing.
People were around a bit, but for some reason they watched with interest over the process.

All good when it ends.
The sun began to roll to the horizon and lie naked on the beach became unbearable.
Hastily Packed up and drove to Hanstholm located few kilometers from the place of our rest.

Drove to the port. Our ship has not yet been. All berths were empty. 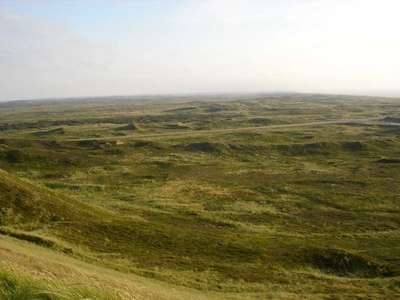 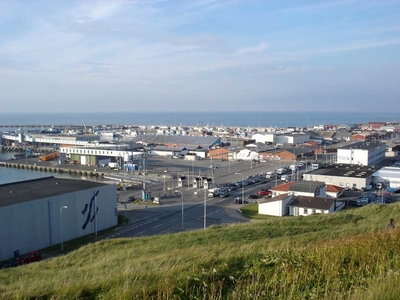 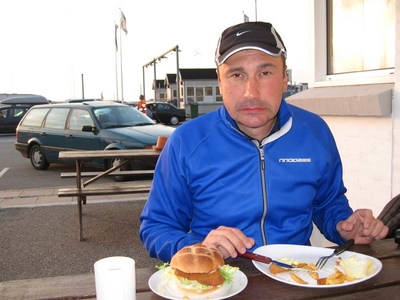 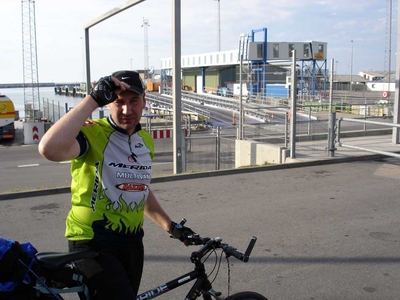 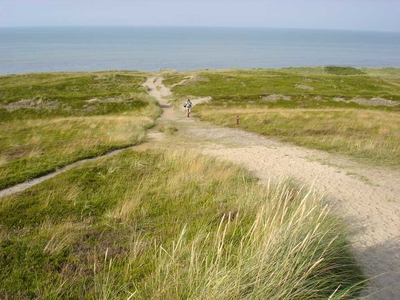 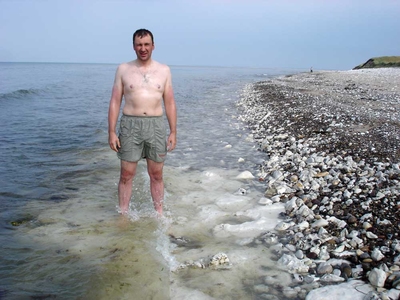 While he was resting in a cafe I decided to drive to explore the area of Hanstholm.
The town itself was mediocre, but the historic lighthouse and its surroundings are interesting.
Located near a lookout point with a restaurant.
It opened with a panorama of the entire port.
The port in Hanstholm was built in 1967

The town itself is situated on the Northern edge of the salt dome, and this edge consists of very hard chalk, which is the reason that soil erosion during the ice age changed the landscape.
In addition, the ocean currents in this location are such that the water in the port never freezes.
Coupled with the geographical location, the port in HanstHolm is one of the most important Danish ports.

There are passenger ferries to Norway and Iceland.
Ferry Norania (Noronia) floats in the open ocean past the Shetland and Faroe Islands.
Here are organized two-day tour of Iceland. 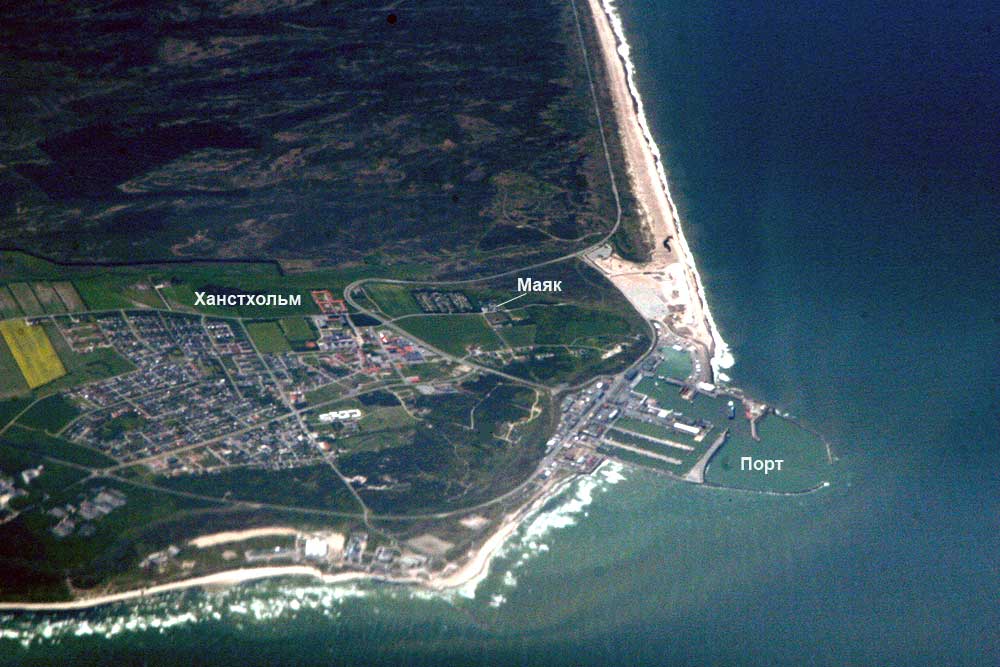 Behind the lighthouse, the landscape changed dramatically.
When I saw even sighed from surprise.
Huge far as you can see alcoholica plain with green and brown bald spots.
It was SANDR - flat-water-glacial wasteland.

An hour later I came back, as promised.
He enthusiastically munching a large big Mac, blissfully taking a bite out of his impressive pieces.
Time to lose weight in ten days failed, I decided to make myself a little slack.
Before him stood a large plate of fries with meat and a glass of beer.
It's not a mess on the water!
My friend was a blast after ten days of culinary spartancev.

The ferry has not filed and I decided to join him.
But it was slow waiters to bring food, as immediately heard the dial tone.
To berth majestically approached the"Atlantic wanderer".
◄ Prev
Next ►