Cycling / The fourth sense of Scandinavia / Get to know the rooster

Get to know the rooster 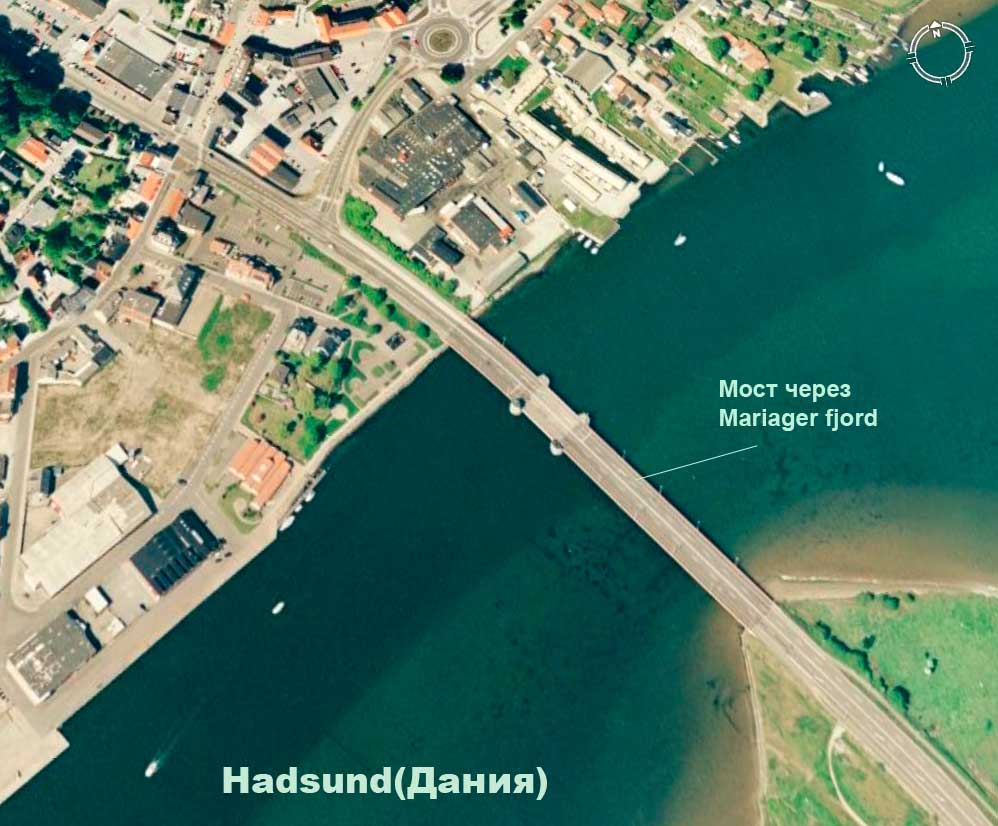 It is surprising that this simple idea came to mind not me, and Dima who, in General, that never close are not engaged in the Bicycle repair although he was an engineer by first profession.
However, the strategic thinking developed over the years in the responsible work and plowed numerous trainings gave birth to the only true and infallible fruit.

Lightly hand multi speed bike Dima price of $ 1,000 has turned into a common.
Rear derailleur was removed and the chain shortened.
Now the bike has only one speed.
However even then some ten years ago, it did not cause any irritation.
We all rode the Fireworks and Camargue, and not predstavlyali that can be otherwise. 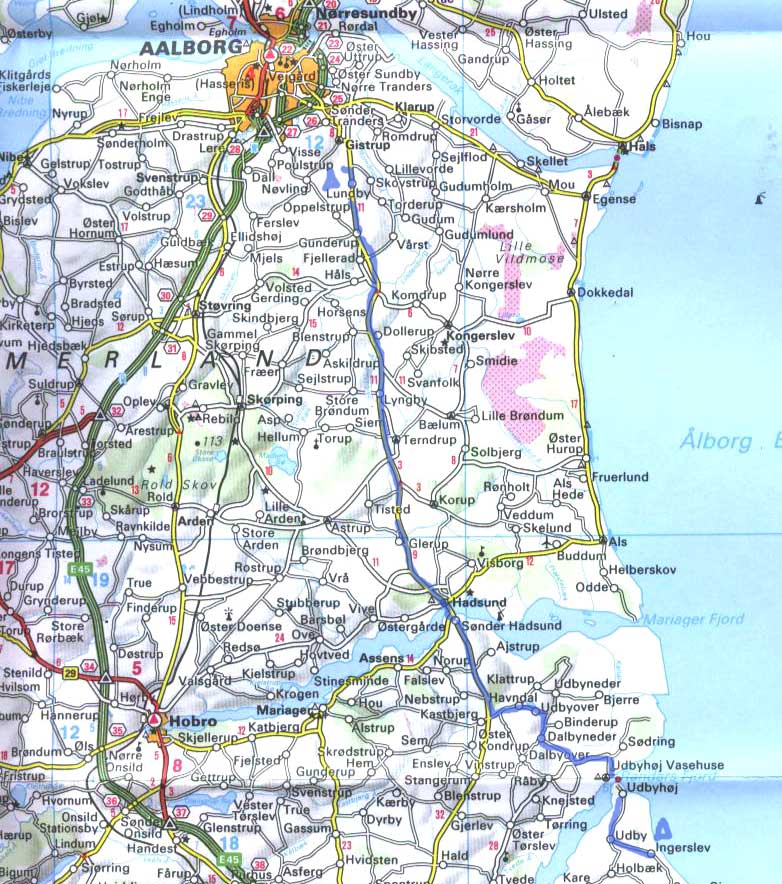 After a forced castration total movement speed decreased slightly.
Dima: the Movement is continued, the benefit of the Igor master Golden hands, temporarily adjusted my bike, connecting the chain on a fixed gear 2-5 and the first half of the day, approximately 40 km had to pedal on such a transfer, regardless of the terrain.
At the same time, even on the climbs difficulty is not caused, when the downhill movement due to its own weight.
But in a straight line, well, I have a big problem, the chain is slack, to keep up with Igor, had often to pedal and it seems those absurd and sharp movement led to the later problems with the Achilles.
This is the conclusion I have drawn from the fact that the first pains appeared during the second half of the same day.

First, the Rangers crossed the fjord.
Parachichi in Denmark, too, was paid unlike Sweden, where the terminal for domestic flights do not take money. 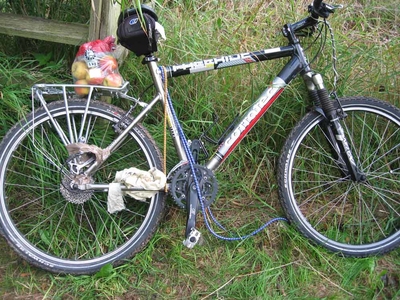 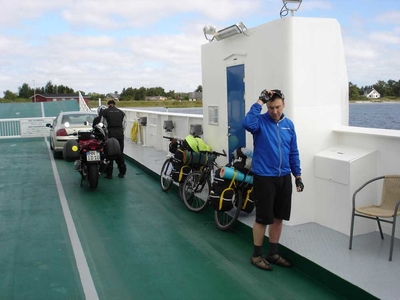 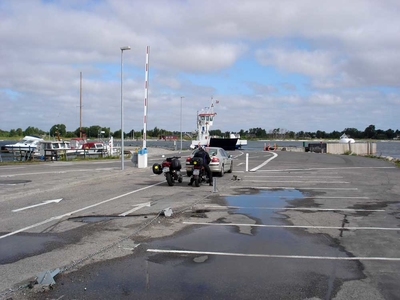 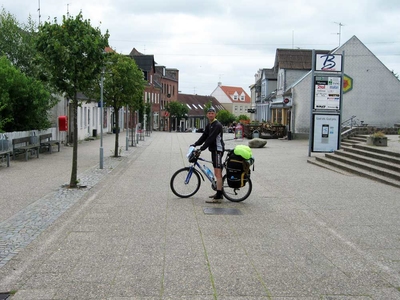 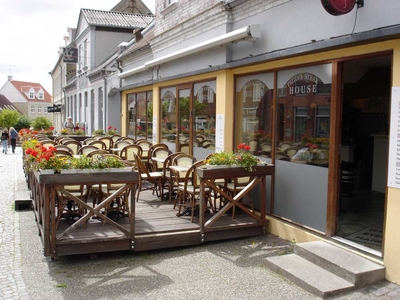 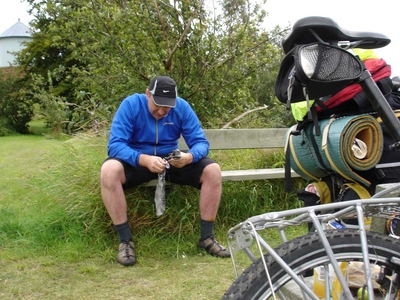 And the nearest more or less large mountainsODA at least 30 kilometers.
This city was Novosibirsk (Hadsund) is located on the banks of Magadheera.
This is doiny fjord in the country - 35 km, and Its depth is thirty meters in some places.
Danish fjords are not much resemble the Norwegian.
Their banks are no huge mountains because they resemble ordinary river.
That's just the water in it does not leak if you look closely.
Swing bridge connects the banks. It is good that no need to pay for the ferry.

The first question posed to local residents was about the bike shop.
They got here two.
In the first of them - a miracle - we found the desired item.
Not to find English words for describing a rooster we just put on the bar two broken halves.
Unperturbed the salesman asked what we bike.
And why that much made a wry mouth when I heard the word Corratec.
However, taking out a box of cocks, brute force quickly found completely identical.
It cost almost as we have in the area of 900 rubles.
Dima on the joys otslyunyavil DKK for it and a new chain, and then, even when he returned, and bought the second cock in reserve.

I could not believe that I had escaped so easily from a problem and could continue.
The next couple of hours went to lunch and setup Dimino bike.
Now he was as good as new and could go twice as fast:)
Although already had a very fast-rolling frame.
I then sat on it for comparison with his old Svinna.
Effort for rolling on Corratec had to make a lot less.
One turn of the pedals and the bike hurtles forward like a madman.
Mine was not an example of a heavy.

Dima: I, or rather my bike saved the small town of Moscow, which was a necessary detail when installing which was a bit of a curiosity she did not want to get into its designated groove, she's got all the time prevented something extra.
This lisnae we already decided to file them with a nail file, but then I remembered that the first profession I'm a mechanical engineer and turned it on the other side, and she went into certain holes.

After lunch moved in the direction of one of the largest Danish cities of Aalborg (Aalborg).

The path ran along the road is not too busy because it was nice to ride.
Special beauty on the sides was not.
There was no escape from the intoxicating process of pedaling.

But no, I'm not quite right.
Distracted periodically accounted for.
In order to take a break and visit another masterpiece of latrine construction, local architects.
Dima I have gradually began to withdraw from the unity with nature during spravleniya their needs:)

Speaking in Denmark with toilets worse than in Sweden.
At least in the part where we were driving.
If the Swedish can be compared to mushrooms after a good rain, the Danish were more truffles, which I had to seek out.
The first toilet which are caught on the road did not look too presentable.
The hole in the floor and a foot button to flush.
However there were two handrails on the sides, probably in order to combine business with pleasure and do some push-UPS before or after it to improve peristalsis.

But the second justified assigned expectations.
Here we stopped for a long time.
I even managed to fall in childhood and swing on the swings while waiting for Dima.

Of course you may laugh, but toilets are an integral part of people's lives.
And as you can judge the culture of the society.

The word "toilet" of French origin.
Originally it designated the procedure of grooming and dressing.
The token "John" appears at the end of XVIII — early XIX centuries, when the secular circles were in fashion the French language.
It is well known that in the cheeksotlivy situation, the nobles passed into the French language and is not directly used, "I went to the toilet" and said "je dois sortir" ("I have to go").
Accordingly, from the verb "sortir" was released some sort of euphemism with a hidden meaning "toilet".
Now it is vernacular the word became rougher, however, does not cease to be used by most in everyday life.

And Russia is long since entered the WTO.
Just don't advertise it at all intersections.
And it happened in 2001, when our country became a member of the world Toilet Organization.

The world toilet organization (eng. World Toilet Organization (WTO)) which was established in 2001 in Singapore during an international conference devoted to problems of toilets.
In Singapore and was attended by over two hundred delegates from Asia, Europe and North America, representing seventeen national toilet associations.
Singapore for the meeting was chosen, as the city is known for impeccable cleanliness of latrines.
And date of the conference and of the establishment of the WTO on 19 November was celebrated as the international day of the toilet.

However looking at our toilets not to say that a seven-year membership went to Russia is very good.
However, as he was the Transfiguration Professor, devastation primarily in the minds of people.
And combat is much harder than to invent new means of personal hygiene.

Although the fantasy world of designers and inventors in this field are endless.
.
Such masterpieces can be seen in cities of Europe and America, where society is somewhat more relaxed than ours. 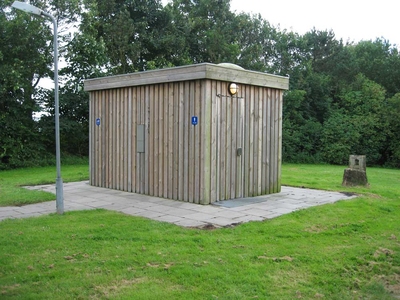 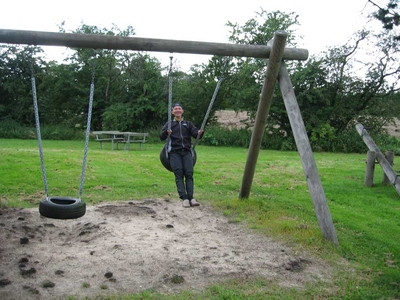 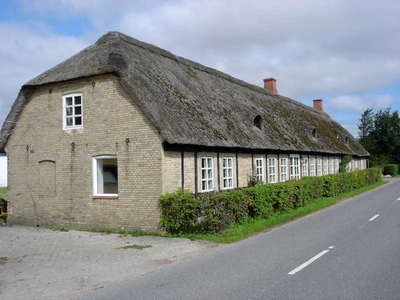 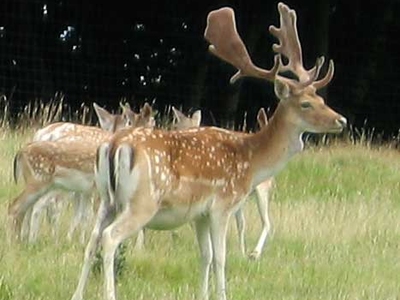 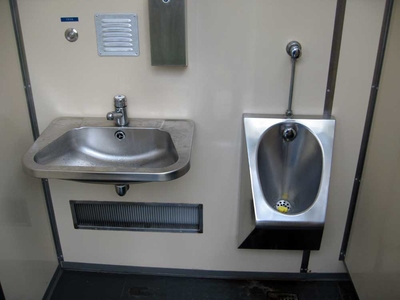 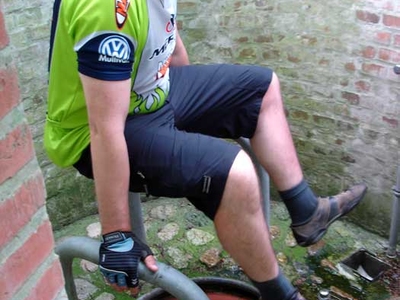 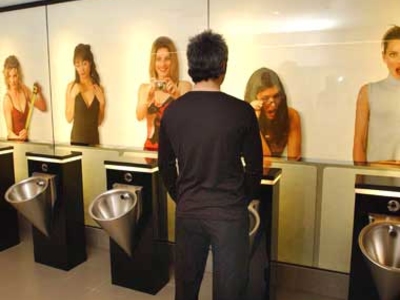 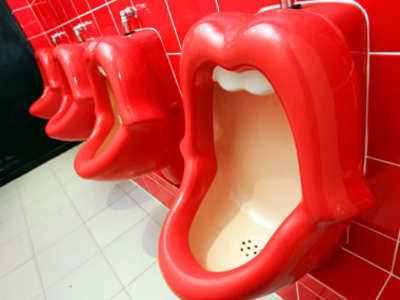 Dima: that day counter and the side winds were so strong that I'm even weighing just over 100 kg, plus a bike and a heavy backpack (all together more than 150 kg) at one point was almost blown off the road, then I managed to stay on the road of Chuzavidnym tension of all physical forces.
The movement in this wind was accompanied by a significant flow of forces and, despite the pretty flat road to the end of the day fatigue was felt thoroughly.

Before dark was far away.
To Aalborg is at hand.
But at this time of night to go there was no point.
And seeing the first available forested area, we stopped at the Parking lot.
And again very successfully.
A number of tables for resting
And most importantly the water faucet sticking out of the ground.
I have thought what for it in the woods.
As it turned out the next morning, the crane was specially installed for watering dogs.

One of the tables was occupied.
And its free surfaces have up the debris of our simple belongings.
Facilities for cooking and sleeping.
The dinner was delicious. Buckwheat melted in your mouth.
And just what crazy bikers and then whizz by until nightfall.
Apparently the forest was the ring trail and they cut round and round.
And we accidentally raspolozhilas in the way of their workouts.
But when you're hungry nobody can spoil your appetite, even if it is to stand right over the soul, beat the drum and shout in his ear.
◄ Prev
Next ►