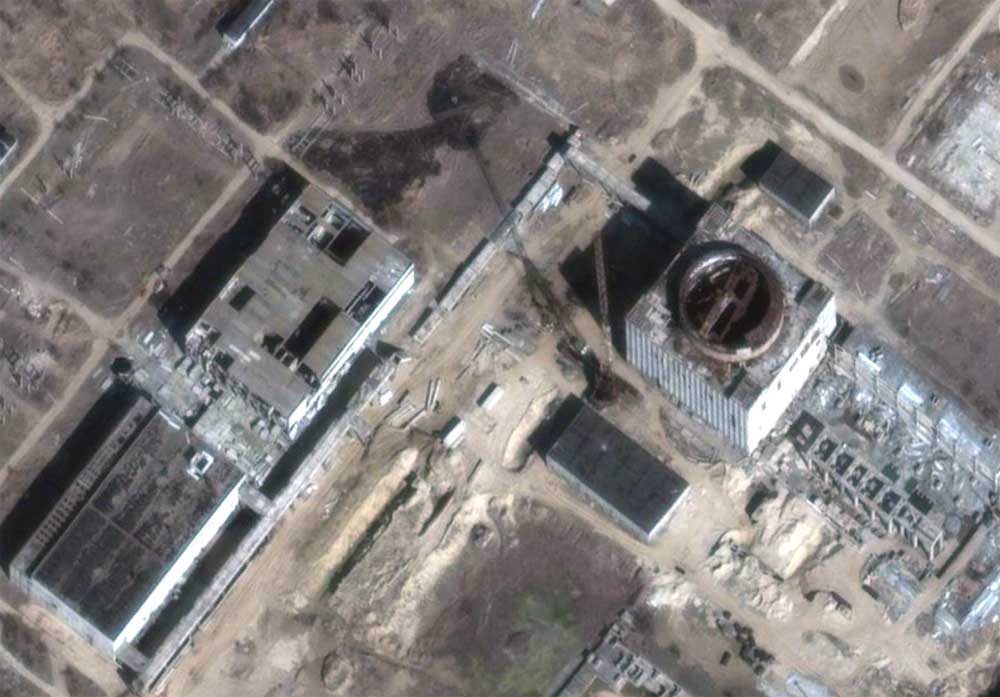 Kerch Peninsula stands apart from the rest of Crimea.
It's more industrial, or rather post-industrial area than a tourist.
It is only in recent years, the overall economic boom of tourism started to develop in this part.
And before that about 15 years these places were completely deserted and all that can be destroyed.
The legacy of a once great Empire.

One of these man-made monuments of the strange behavior of the citizens living in these places is the remains of the unfinished nuclear power station.
The body of the unit which immediately draws the eye when moving on the road to Kazantip.
We could not drive past such a monument to human genius ,to barbarism and obscurantism.

When entering the industrial area of the NPP encompasses the feeling of time travel.
Red five-pointed star on the spire sticking out at the entrance of some abandoned businesses.
Here everything stopped 20 years ago.
I would even say abandoned, if not for the people, and worms gnawing gradually this industrial flesh.

How interesting it turns out.
The ant people have built, contributed their work and knowledge.
And the people-worms - sawing, breaking, pulled apart at their corners.

This AREA. As in the novel "roadside picnic"
It's quiet and creepy.
Even in the light of the sun.
The ubiquitous grasses and trees for 20 years, capital has entangled all the buildings.
The asphalt cracked. Rusty metal structures, tilted roof.
And as the apotheosis of industrial decay - sereuse housing unit. 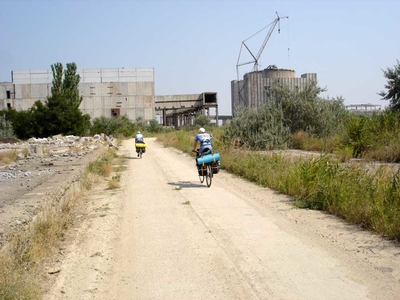 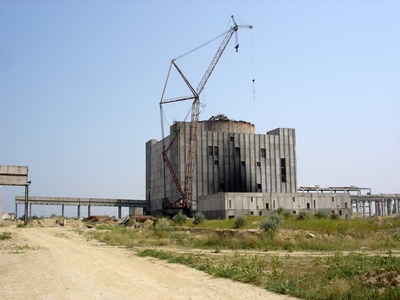 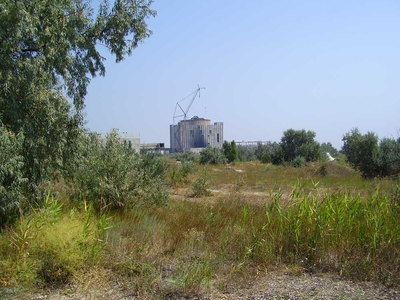 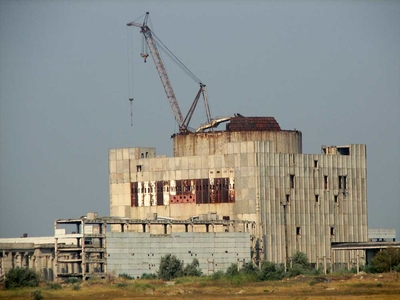 The imagination draws a Geiger counter crackle desperately.
Invisible flow of ionized radiation. Radiation.
But no. Anything that is not here.
The station was never put into operation.

Nuclear power plants designed in the '60s, laid in the' 70s.
By the mid-80s, the station was ready the key, and there remained only the last operation is to lower the reactor into the reactor shaft, after which it was concreted.
At this point in the construction of nuclear power plants was spent 500 million Soviet roubles at 1984 prices.

Backyard - salt lake Aktash as a cooler.
From the Kerch branch railroad extended the line, and in the midst of construction, arrived at two echelons of materials per day.
The whole city of shcholkine was built under it, with all the infrastructure.
Only the hospital was not completed to an hour X many years and then loomed on the edge of the six-story box (hospital is a secondary matter, it of neposredstvennoe not uchastvuet in the production process)
Deserted, swampy shores were planted with forests.
Paved roads. Outside the city dug a pond for the breeding of mussels and arranged pensions for the rest of the nuclear industry. 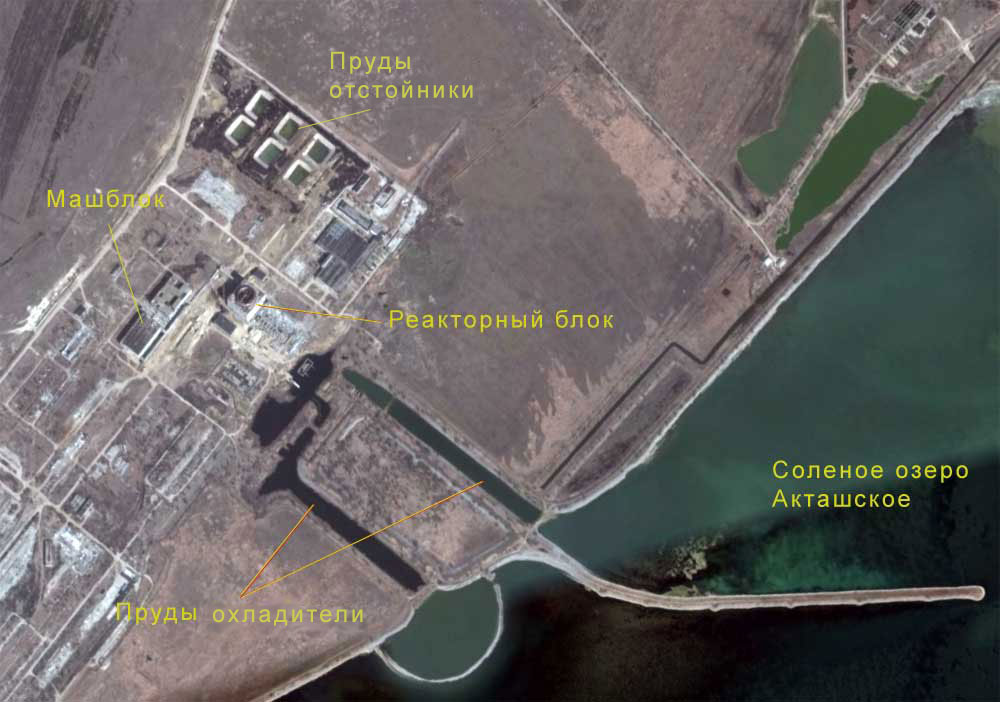 And then happened what happened. Exploded Chernobyl nuclear power plant.
Environmental and waves of demonstrations swept the country.
Even the residents shcholkine protested against the station's allegedly constructed in a seismic zone and is likely to cause irreparable harm to the unique nature of the Crimea.
Each had their own truth.

Then ,as the equipment was ready, it was decided to remake a nuclear power plant in normal.
The money, imported piece of equipment.

And then the Great and mighty ceased to exist.
Ukraine became an independent state.
And went in.the ol and villages predatory outlaws.

Stole everything.
First, at the top stole the money allocated for the fine-tuning of the plant.
Then medium local authorities have stolen and have taken out all valuable equipment. Compositions.
Then dismantled (and also stole) a branch railway. Together with the sleepers.
Then the engineers of the station removed all scruple, the authorities.
And then the workers unbolted, twisted, and tore everything that could Unscrew, twist and pull out.
Even doors - if the doors don't weigh a ton.

On the ragged carcass of the station finally danced at the festival Kazantip.
From 1995 to 1999 in the turbine hall (turbine Department) held a disco festival of electronic music.

In 1998-2000 created on the basis of NPP subsidiary "Eastern-Crimean energy company" sold the property of the station at Milne of 2,204 USD.

In September 2003, the property Fund sold a unique crane Kroll set for installation of a nuclear reactor for 310 thousand UAH ( cheaply somewhere in Asia)

Unfortunately, we have not seen this giant. After all, he first attracted attention from afar. 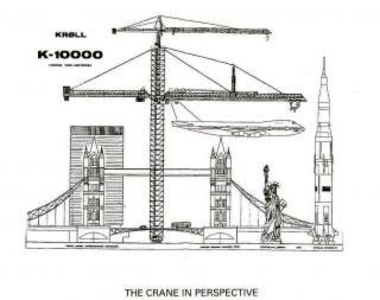 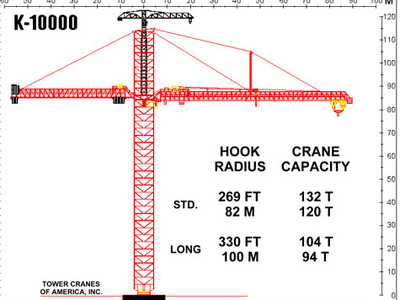 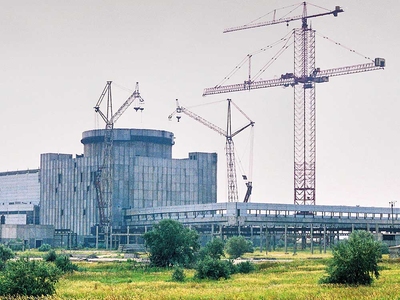 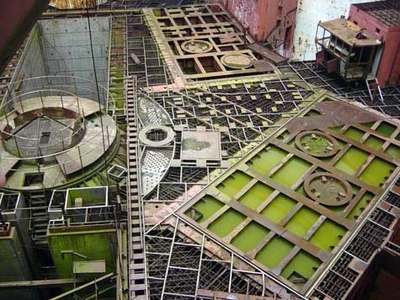 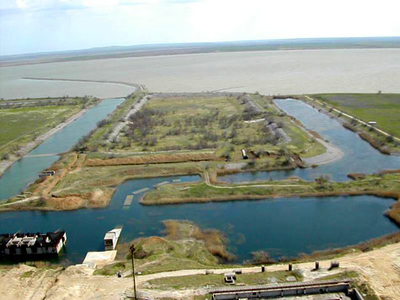 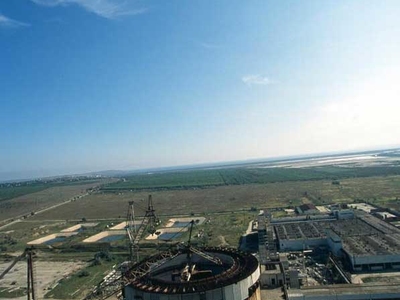 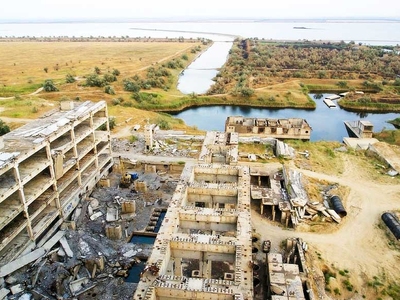 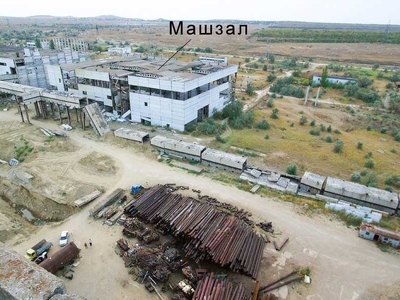 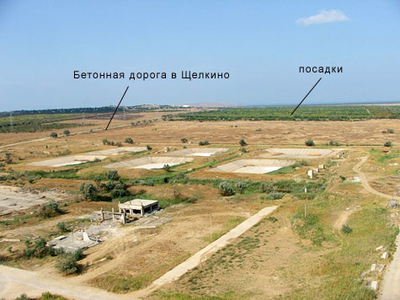 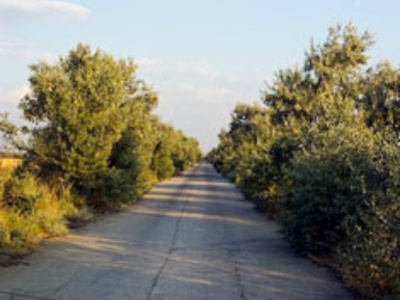 This is one of the largest tower cranes in the world.
They were produced in Denmark in very limited quantities worldwide, there are about 15 pieces.
It is much different from the normal tower cranes.
Has two horizontal arrows, one above the other.
Main boom length of over 102 meters, payload of about 100 tons. The total height of the crane is approximately 130 meters.

It is unique in the fact that with such a huge height and load capacity it is flexible and has a rotary turret.
Accessory, top, and faucet has a swivel boom. Installation of the crane is carried out just with her help.
Tap this brand moves on rails and not attached to the building they erected, like most other cranes, capable of working at such heights.

The area of the working area of the crane is 3.04 acres - larger than the area of six football fields.
This special crane is equipped with a system of four video cameras (produced by Orlaco Crane Cam), allowing the operator to have a complete overview of all lifting operations and cargo: one of the cameras focused on the cargo, one for the counterweight, two winches.

While the crane was standing near an abandoned station used for base jumping.
Jumping was carried out with bottom (80 m) and upper (120 m) of arrows of the crane.

There's nothing to visit! Although the watchmen that guard the type of bad, asked for money to spend on the insides of the unit.
Over the past year, the price of such "trips" increased from 25 to 50 UAH.

Hell this day was unbearable.
We have already passed order in this day and climb inside a rusty coffin did not want to.
Because limited by the fact that inspected the outside of this majestic and tragic at the same time a monument to the genius and mischief of creatures called Homo sapiens.
Although for illustration of the surroundings, I borrowed some /images from other sources. I hope you will forgive this liberty:)

The sun was beating down mercilessly. Stunted bushes gave the only semblance of shade.
Immediately after the station began the road leading to the city Shelkino.
And parallel to it was a bike path!
Well, or at least something resembling it:)

Forty years ago there was nothing but marshes with birds, Shelly dunes in several rows and marshes with sedges in between.
Exactly forty years ago the magic wand began to grow - forest, city, industrial zone, nuclear power, solar thermal power plant, wind power plant.
However, from the wells of the former Tatar villages Kazantip left the water, but in Shelkino had running water.

The right of the road - deciduous planting.
And the cherry plum. A lot of plum. So that's what I know:)
Awesome thirst quencher.
Great thrown by the wayside and hand Stripping in the blood with thorny branches pulled to the mouth juicy yellow berries.

It is worth remembering that more recently filmed some footage for his film the scene Bondarchuk.
Here is a shot of the guards standing near the unit.
In my opinion he acted like an entourage of alien city.

Yeah - who does not like the Terrans can turn a flourishing planet in the setting for apocalyptic movies.
To fly anywhere don't need to see it.
Before the eyes of all. 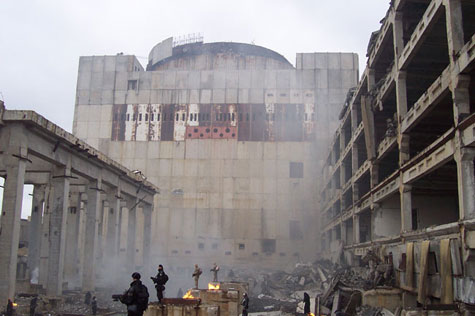 They say that now there are going to implement the project of industrial Park "Schelkinskaya industrial Park."
The Park will be placed on the land for industrial use with an area of 580 hectares.
400 hectares is the territory of the former nuclear power plant, 180 hectares of land near the lake Aktash.

Industrial Park can be located combined-cycle power plant and East-Crimean wind of electrostatsia.
In addition, the territory will be carried out oil refining, processing of agricultural products, will build a factory of concrete products, enterprises for production of construction materials.

Generally speaking this area of Crimea is now at a crossroads.
Decide that it is better to restore the industry and torn down in the 90s plants or still to develop tourism.
And this choice is not easy.
Of course we as tourists would prefer to relax in unspoiled nature. To breathe clean air.
But the trouble is that the tourist season is short of Crimea.
But its residents all the remaining time of the year is necessary as that to live and somewhere to work.
The Central government of Ukraine does not hurt to think about it.

It would be very unfortunate if the water splashed and child in the course of solving this dilemma.

This picture of chaos and destruction shocked the Maxim. Before him was a planet-the burial ground of the planet where hardly glimmered intelligent life, and this life was ready to finally extinguish itself at any moment.

He tried to imagine the inhabitants of this planet, hardly prosperous.
Somewhere beyond the forest was a town, hardly a prosperous city: dirty factories, decrepit reactors discharging into a river of radioactive slop, ugly wild house under the iron roofs, a lot of walls and few Windows, dirty gaps between buildings, littered with garbage and corpses of animals, a large moat around the city and drawbridges...
No, it was not until the reactors.
And people.
He tried to imagine these people, but couldn't.