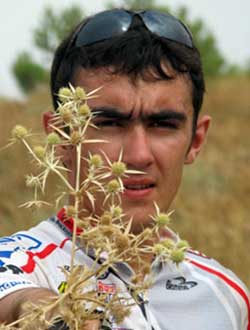 "He was stocky, temelec, a military officer, a tanker, a member of the eight Maritime incidents, the owner of "the Fiery cross" and the three icons "For rage in fire".
Said that his body is not living space, completely alien to the transplanted skin.
He was direct and tough, like a real soldier, and never considered it necessary to hide his mood, neither subordinates nor superiors.
If he was gay, the whole team knew that the captain Chachu now gay, but if he was not in the spirit and whistled "cool it, Mama"..."

Edward, whom I met shortly before the campaign, was an exact miniature copy of my longtime friend Rinat (stories about our joint travels can be read on the website). For spent the last more than one year for work and pastime. And like any young man with mobile psyche came under the illuminating action of charisma Rinat photographer. Edward took over from notgo almost all the habits and intonation - both good and bad. It was possible even to think that Rinat son or his clone. The resemblance was so amazing that I often confuse their names at first. He was resolute and uncompromising. Often took the initiative in their hands. But however terse. If it was bad, it was impossible to understand why. round-color: #ffffff;">He did not seek to comment on their feelings and condition. However everything was written on his face. Maybe he was preparing for service in the army (where and are gone in December) Martinet manners because he was not a stranger:) 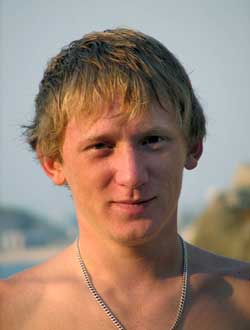 Some savage. And it looks like out what muscles and shimmer...
His hands were flying, and his face was already quite strange, it does not catch the expression, such as mercury, and eyes fast, dark...
Most of all, perhaps, he look like a savage.
The well-washed and well-groomed Highlander.
And then this perpetual idiotic smile, krainichenko babble is normal speech...
And he's a fool..."

Andrew was the complete opposite of Edward. al, Verdana, Helvetica, Helv; font-size: 12px; text-align: justify; background-color: #ffffff;" /> Quiet, smiling. At first it seemed that Edward they are constantly pushed around. And Andrew almost did not resist - he is comfortable to be driven. But bend it to a certain limit - and then showed character. Nevertheless, it easier. Rinat has made it their corrupting influence:) 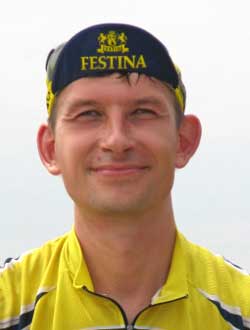 The wanderer
(The Enterprise - Igor)

ound-color: #ffffff;">"tired, we become careless and often tell each other: "Oh, do!"
Ah, that would be great! As you want to believe it!
We are allowed to pass for the ignorant, mystics, superstitious fools.
We do not forgive one if we underestimated the danger.
And if in our house suddenly there was a stink of sulfur, we have to assume that somewhere nearby showed up the devil with horns, and to take appropriate measures, including the organization of production of Holy water on an industrial scale."

This writer long thought trying on someone else's role.
The wanderer in every sense corresponds to my nature, loving to remain in the shadows, but to lead the process.
To be suspicious and careful in everything.
Especially when dealing with people.
Always assume the worst, but hope for the best.
To profess the principle - Better safe than sorry!

I wonder what Andrew and Edward do work in the Drama theatre.
True electrician and lighting designer.
But I think the constant viewing of the game of professional artists helped them look respectable in the respective /images.