The audacity - the second happiness

Chapter in which Mumia becomes velesanam and falls into prostration, and hemul erect a tent in Central Stockholm 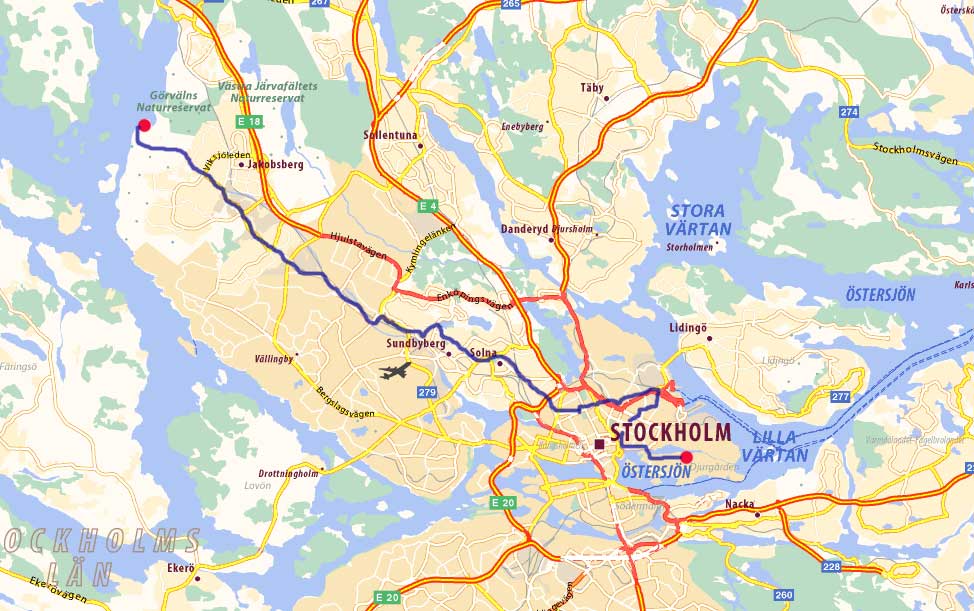 We woke whether the morning light, or the voices and the tramp of feet.
It turned out that around the Peninsula on the trail early in the morning people running round. 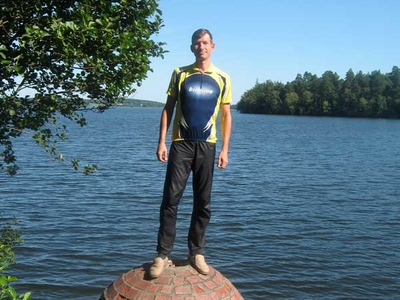 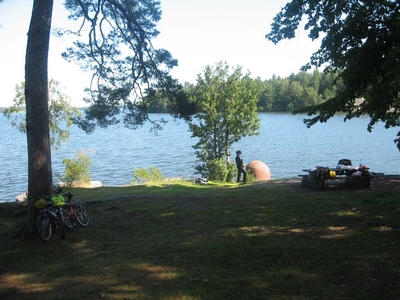 The closer to Stockholm the tramp of hundreds of feet stronger. Sometimes it seems that the world around you is busy Jogging at dawn.
The Swedes are obsessed with health and this is not surprising, if you know how much they care by physicians.

Cheaper not to get sick. For example many people travel to the Baltic States or the Czech Republic in tour groups to go to the dentist.
The price of dental treatment differs considerably. No wonder most wealthy people in Sweden are the lawyers and dentists.
Here and run in the mornings. Run today - save tomorrow. The harsh dialectic of capitalism.

Look at the silver-haired grannies and dedulki in shorts and Hiking poles in their hands and think about the eternal.
They seemed to reproach from the past look into your present.
And just remember your laziness to do exercises in the morning, sitting behind a computer for hours on end and perverse thoughts that your youth will be eternal.

Stockholm remained forty kilometers in a straight line, but knowing how hard it is to leave and rode from the past illusions did not build.
We passed the Peninsula and was on the border of the reserve.
Nearby stood a mountain with arranged on her gornolizhniy. So here and in winter is full of life.

To describe the four hours that we spent wandering through the suburbs of the metropolis do not want.
Activity really unpleasant. The bike lanes suddenly end , start highways, who do not understand how to go around.
If it hadn't been for the pleasant Swedes and one of our countrywomen pointing in the right direction this time spent even more.
Although it is sometimes to find at least one living person in the desert blocks too was a problem.
Once stopped not knowing where to go - well, I think I'll wait until someone will ask.
With two guys! To wait probably until tonight it was possible.

The result is chopped pretzels.
Nelia was in the end absolutely no.
Whether the day did not rest, or flats Swedish shanty town drove her in a somnambulistic state.
She barely turned the pedals, so it was not like her.

And the shanty towns around Stockholm ones!
Of course they are of Nordic clean and green, but the contingent is different everywhere.
Passed the Arab neighborhood - to see all the houses inhabited by immigrants from the East.
Theirs around bazaars and shops.
Women in hijabs walk, the men bearded and swarthy.
Staring unkindly. Barefoot children jumping around.
Neither to give not to take - Iran, not Sweden.
A handful of immigrants.
Do not want to assimilate. In all European countries so. Will they ever get on her passion for human rights and political correctness.

Still the mentality of the Asians another. Give them a finger they will bite off your hand.
And they are right - there is nothing to be substituted!
In a world where man is a wolf not to sentimentality.

To dinner finally found a familiar place.
Entered Vasastan - Northern district of Stockholm.
Just where Carlson lived on the roof of one of the houses.
Little Ghost from Vasastan remember?

We drove Neleus to start in port Vartahamnen, where the next day was sailing our boat. To ask when to pay for the bikes.
My stupidity is not paid along with the basic tickets to Phen.
It turned out that you can do it on the day of departure.

Scored food shop, drink and lucky I Mamlu to the island of djurgården to have a good time.
The city she did not want to watch. Postponed for tomorrow. 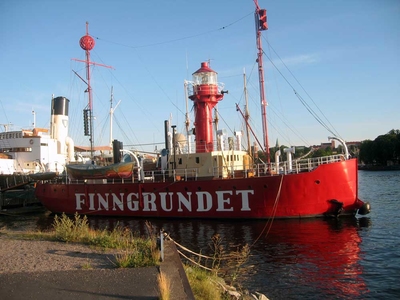 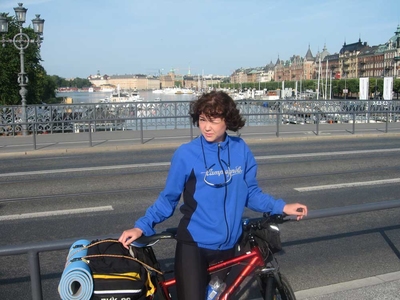 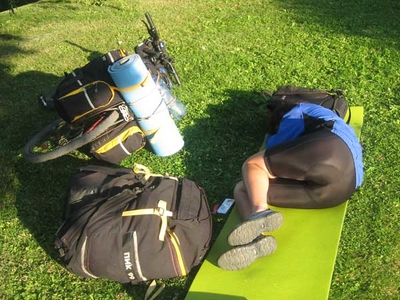 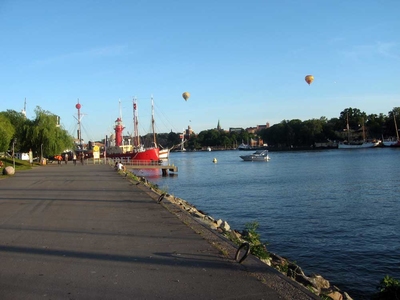 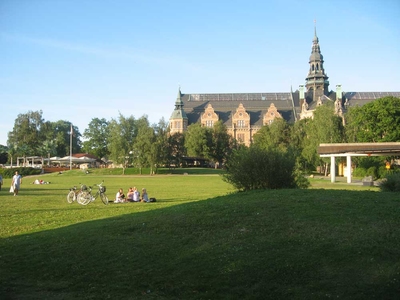 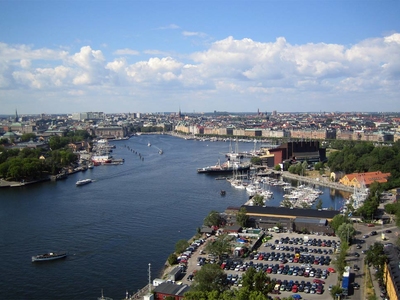 Djurgården is the most original nationalthe first Park in the world.
Once djurgården, this elegant green Park was a Royal hunting preserve
And now it is an island for walking and entertainment
If you walk along the shore, you can see how museums: the Museum ship Vasa Museum, Junibacken (Junibacken) - characters skachok Astrid Lindgren, and the national Museum of cultural history (Nordiska Museet).
And of course the open air Museum Skansen, which was founded in 1981 by ethnographer Arthur hazelius.
Skansen called "Old Sweden in miniature", here, on 30 acres of land, there are more than 160 buildings from different parts of Sweden, from Lappland to skåne, the majority of them refers to the 18th and 19th centuries.
Here are windmills, houses, entire city blocks.
And on the shores of Grona Lund - the oldest and most famous in the country, Luna Park and is the funniest place in Stockholm!

We sat on a bench on the edge of the island with views of the city, near the Museum Junibacken.
After two weeks of pedaling, rain and ticks attends the feeling of deep moral satisfaction from their deeds.
The journey is complete and now it only remains to enjoy the beauty of one of the most beautiful cities in the world.
A little further on the rocks by the water were two young girls and encrypting sipping beer.
They certainly took risks, but the forbidden fruit is always sweet.
And the place there is quite secluded. Police in Sweden do not see, and then even more so.

Nel completely worn out.
I decided to leave it on the grass near the Museum ship Vasa (where Ilya Stroganov three years ago in the morning impudently brewed tea)
She spread the foam and went light to look for where to stay for the night.
Mumla and instantly fell asleep as soon her head touched the ground. Namayalis poor.

Our companions Andrew and Julia on the way back wanted to stopto ulitsa camping at the stadium.
But it turned out it was closed and they had to poke for dozens of miles back to find the other.
We have this desire of course was not.
Besides djurgården, in addition to all the museums and entertainment facilities, was a great forest with many relatively quiet places.
I traveled all of it, until he stopped on a small hill with a hollow in which fits the tent.
Right at the foot ran the trail leading parallel to the beach. and it and then ran people.
If you ask me, most memorable was in Scandinavia - did not hesitate to answer - that the incessant tramp of feet rustling on the gravel.
He me then another long haunted memories.

When I came back for Neleus she still slept, curled up.
There was nowhere to hurry now and I went to wander around, allowing her friend to relax. 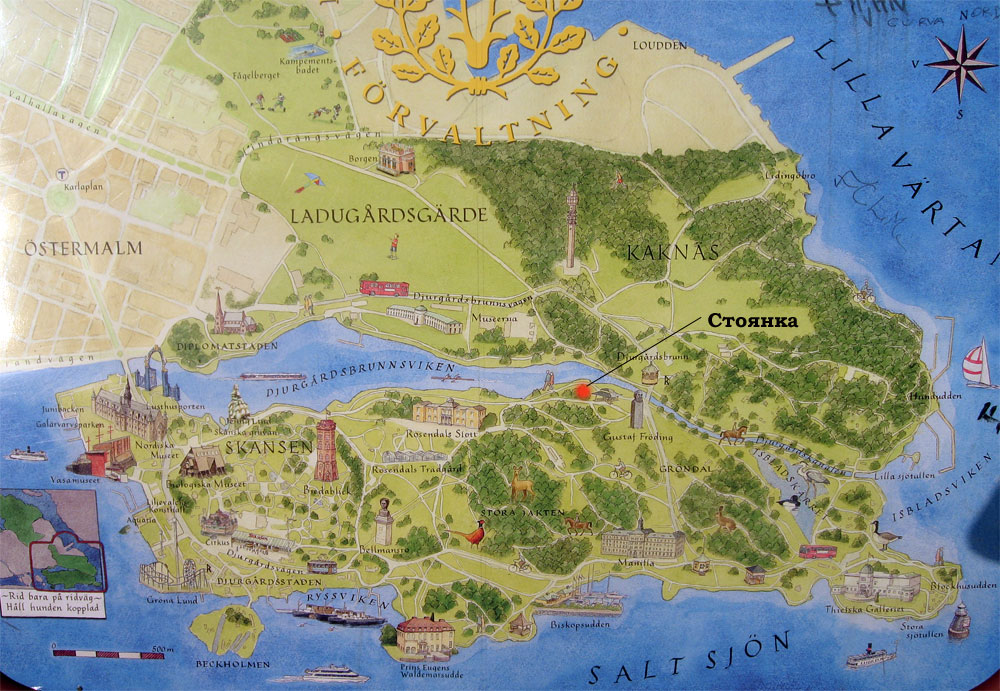 The sun leans towards the horizons have woke her up and we safely relocated to my chosen place, putting up a tent near the center of Stockholm.
Where had a great night.

And the next day, half a day riding around the city, boarded the ferry company Silja line and happily went home.
At the end of the story I would like to thank all the participants for their excellent company.
And our girls for their courage and resistance to hardship and deprivation.

Silja Serenade gave a farewell Toot.
On the deck, hugging the parapet, stood hemul and Mumla.
Hemul was holding the Wizard Hat gave them for two whole weeks this wonderful Scandinavian velaskesa.
Mumla and looked at the sea and it was absolutely not understand she is happy or sad incident....
r /> "It is slightly chilly.
She thought about that window she's always facing North, even in her own home.
And all the while she is topsy-turvy: the hair is not dry properly (not surprising in such a damp!), curls hung like a wire, but morning hair is such an important thing!"

"In the East the sky is already slightly brightened in anticipation of the sunrise, and it was already ready to ascend.
The night ended, and we all wanted to start over.
Opened a new gate in the Improbable and the Possible.
Started a New Day, when anything can happen, if you don't have anything against it. "