Cycling / In search of the Moomin-Dole / The Swedish wilderness

Chapter in which hemul records raw liver and tries to put up a tent on duck shit and Mumla, as usual, lure your body ticks and interviews old Hungarian 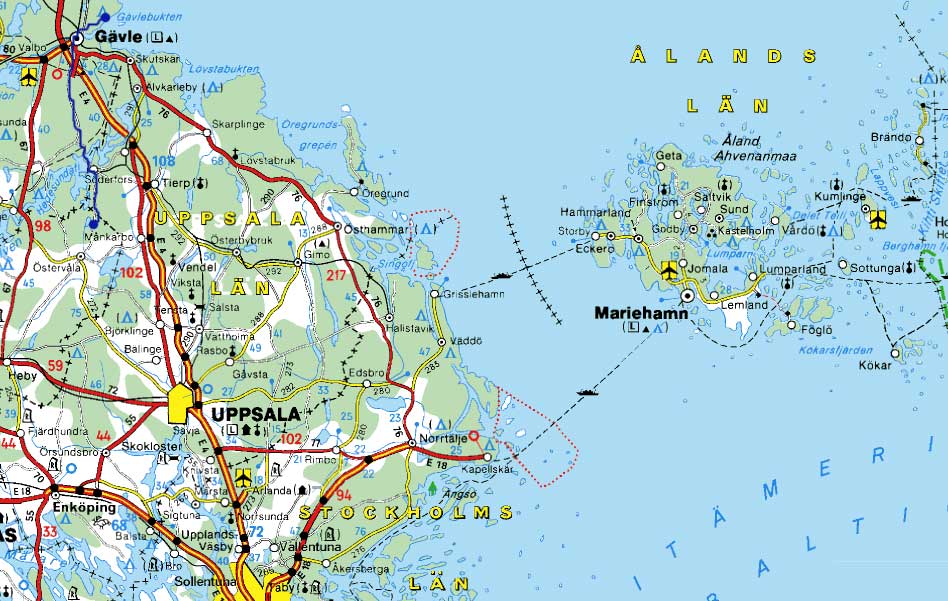 Next day it took us to stay in Disasters and the failed search for my sister.
To actually hike this otnoenie has and therefore safely skip this a million torments.
Of which two-thirds had a poor Nel.
In her confession the last few hundred miles it went in the hope of a warm bed, wash in the bathroom and the Laundry in the machine.
When it's all for some reason melted away like a Mirage, Mumla fell into a deep depression.
And only stop in the only found far away from the city camping brought her back to life in an acceptable way.

Camping turned out to be extremely cheap for only 50 CZK per person (about 150 p)
Nelia received the key to the warm toilet and shower and hung there happily.
The hot water was without restrictions.
The only thing that bothered is the need every 30 seconds to press the timer / dispenser.
Otherwise, the water did not flow continuously) Savings!
But I got used to do it in the ass(the good button were located at the same level) and water flow has not dried up even for a moment.
Probably Nelia came up with something similar.

The morning slowly came and went in the opposite direction - to the South.
To Stockholm.

Again we passed the center of the Phenomenon and selecting a secondary road, rushed into the depths of the Swedish province.
The weather was warm and Sunny.
And Swedish roads in these places, though not as good as in Finland, but smooth and mesohabitat.

On the way except the reserved Northern nature was not remarkable places.
If you don't count two. 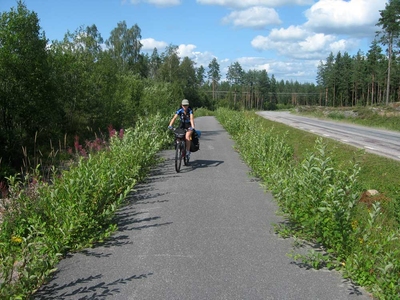 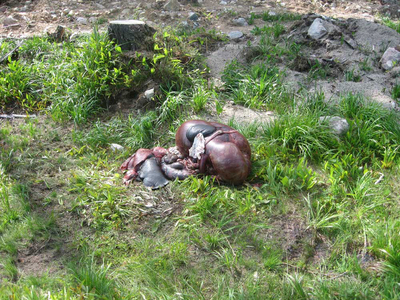 First saw it parked near the road, nose in the forest a brand new Volvo.
And just ahead of the rusted skeleton of about the same machine.
The picture was so expressive that I wanted to come up with different talking names.
The type of "generational Change" or "Evolution" . Sami can talk.

And a bit further right at the curb there was something.
I speed almost slipped, but then returned to look.

it was a composition of all organs - the intestine, liver, heart - liver viscera of any animal. Procedure swollen.
Perhaps the car brought down here elk or wild boar. But then where the skin and horn.
It is not clear in General.
But the spectacle is not very pleasant. 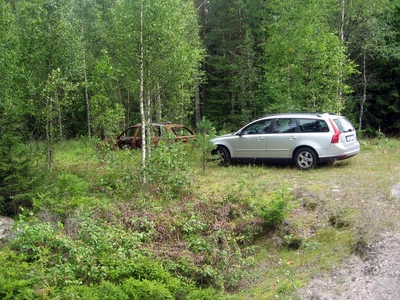 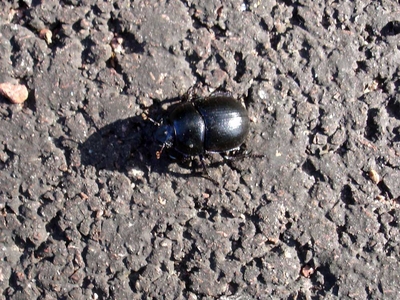 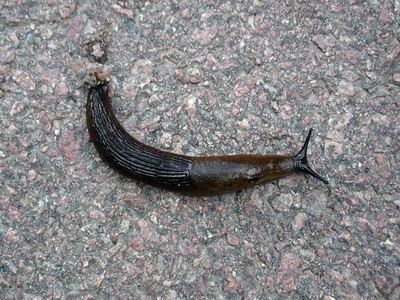 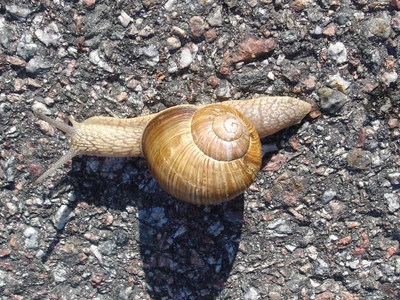 There are many small hydroelectric power plants, of which the river in some places is reminiscent of an hourglass or a tube with fragments of nodules.
In front of each dam, the river spreads out and forms a lake.
Just one of these dams we arrived.
At this point the river flowed from Farnebofjarden in Hedesundafjarden the Place is very beautiful.
There lies a national Park with many beaches and small Islands where you can fish and relax.

We Neleus he admired the rapid flow of the river through the dam and decided to relax a bit in the old wooden gazebo so tempting arranged near the shore.
It had a view of the river and the bridge.

But spent no more than five minutes for Nelia found myself crawling ticks in a certain quantity.
State of bliss vanished.
Jumped up and began to explore each other in the most intimate places.
Fortunately the creature did not have time to stick - we've spotted them before they did us.

While Nelia abrade another Bush with cherry, I was rolled into the nearest campground and got there water by exhaust method.
After the town Soderfors, where he gained food magicianZina turned on to a dirt road to Ostervala. 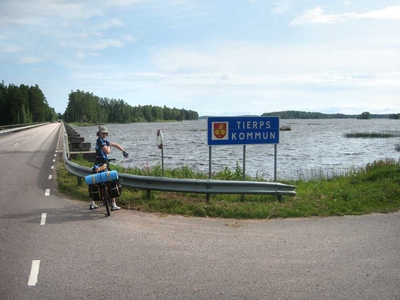 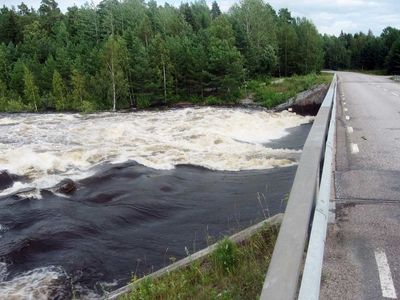 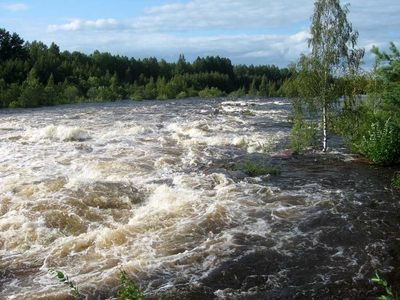 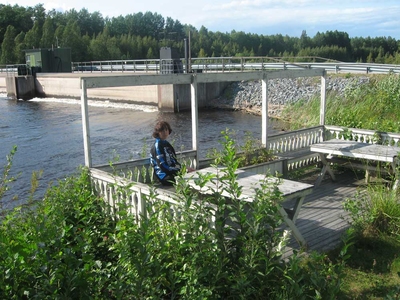 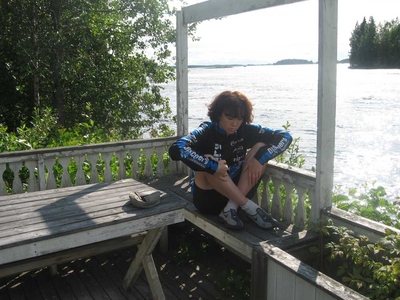 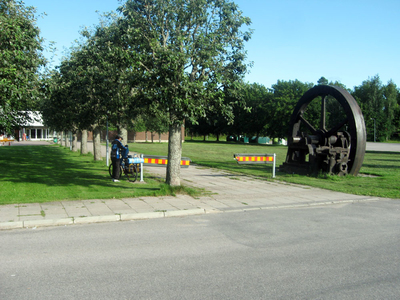 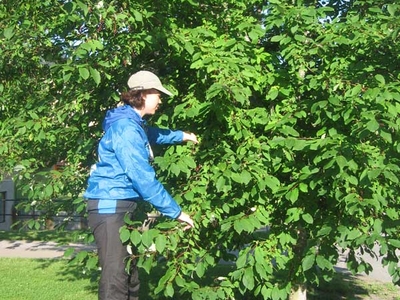 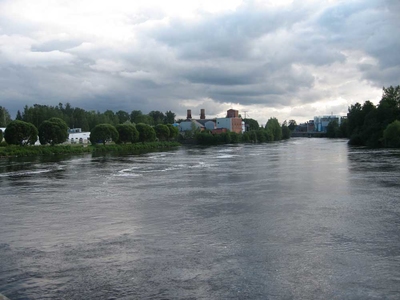 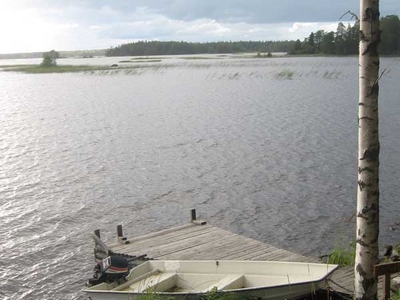 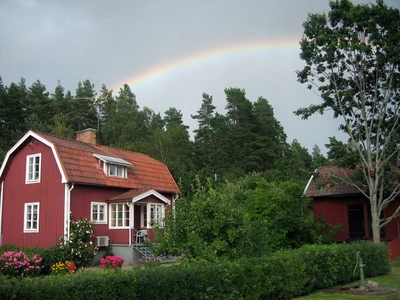 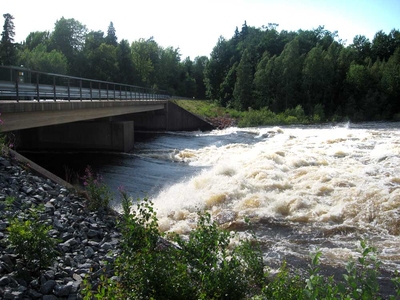 And after a while stopped completely in the middle of nowhere (according to Swedish standards of course)
The sun was by this time hiding behind the clouds, it was cool.
We passed through a thick and gloomy pine forests, past the swamps with protruding stumps of dead trees.
Along with different sounds coming from the side was even a little creepy.
Nelia began to grumble, I decided to make it into the jungle and throw:)

But I went knowing exactly where it will finish.
The map was given the beach by a small lake Toften(Toften) and I knew that there will be able to put up a tent.
But it took a long time before there appeared an icon with waves and a black head on them. So in Sweden indicate beaches.

And so it proved
The space for tents was a lot.
I wanted to put it on clipped green grass so as not to spoil the bottom.
But Nelia opposed. The fact that there should have walked some birds and dirtied his black excrement all surface.

I was hoping to scatter them but the idea of this neighborhood has led Nel in horror.
And as a result I was forced to admit that her version of the Parking of the bodies is much more preferable.
And put up a tent in the corner of the beach in the sand under the trees.
By the time the rain had already started to mottle. Over the lake hung a grey mist of water.

When we arrived to the lake there was not a soul.
I had already put a pot of oatmeal on the burner, suddenly materialized where an elderly man.
At first I ashamed to think that he will make any claim. 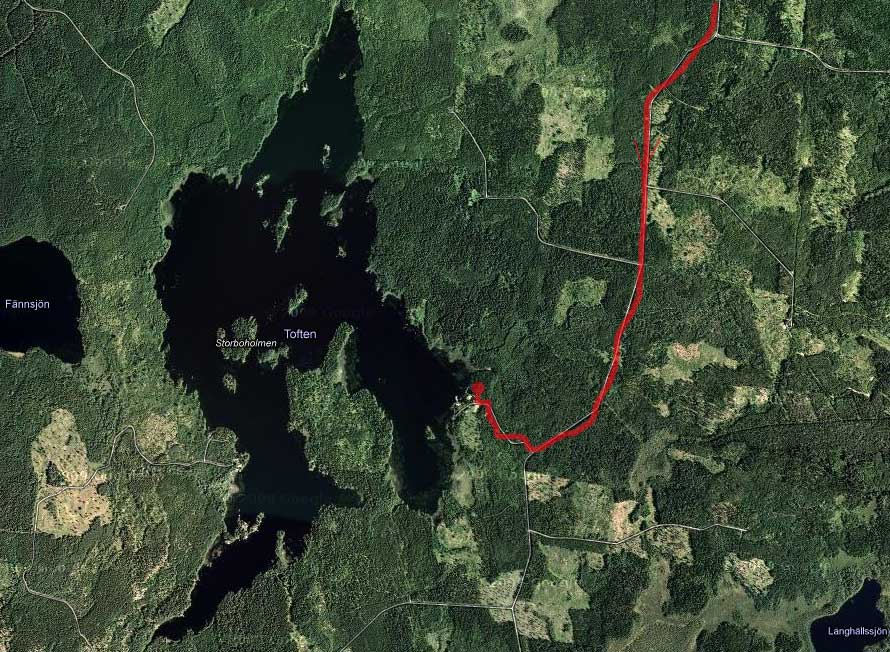 But it turned out to be a local resident, and a Hungarian of natsionalnosti. And came pure curiosity.
Here help neland Nelia came in the way.
I almost didn't understand what this venerable old man, and Mumla I was talking to him easy.

It turned out that he emigrated to Sweden in 1956
He had a lot of children and a young wife and he in his almost 70 years it is quite satisfying.)
Well, of course! In this environment, as here, the timber will bloom! 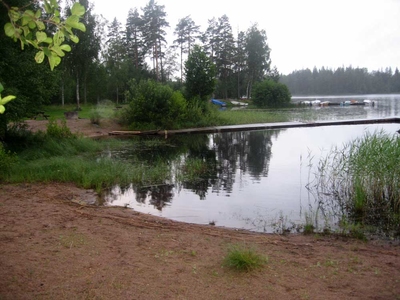 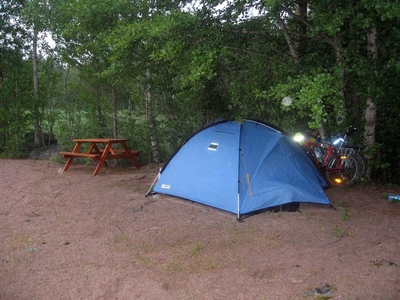 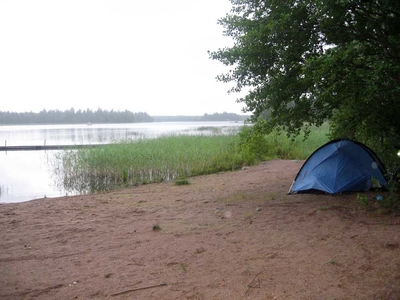 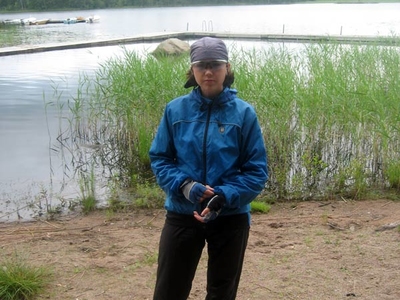 Hungary stood and chatted, giving us to eat.
We breathed a sigh of relief when he finally left me. Small rain and we ate inside the tent.
I only occasionally pop out to the pot and the water.
Such a day came.
◄ Prev
Next ►

"The day was slowly dying away.
Mumla crawled under the blanket, stretched so hard that bones crunched.
Outside the window it was raining. After an hour or two she's moderately hungry and taste the dinner, and maybe she wants to chat.
And now she wants only to plunge into the heat.
The whole world turned into a big warm blanket, tightly okutuusa one little mullu, and all the rest remained outside.
Mumle never had dreams, she slept when she wanted to sleep, and woke up when it was worth waking up for. "

Tove Jansson "At the end of November"