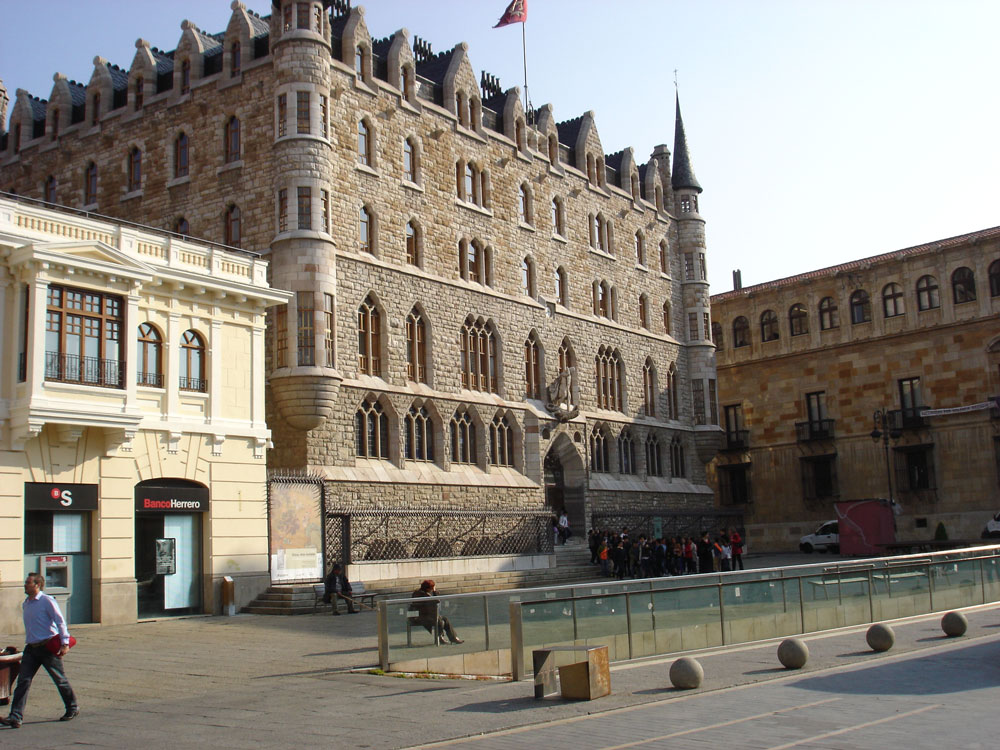 In the morning the team split: Ilya went very early and lightly, and we, taking advantage of a civilized city overnight, we decided to have Breakfast in the cafe Yiuppi. All unanimously ordered the continental Breakfast and I thought it was boring, I wanted to try something new. So at random selected Andalusian Breakfast.

I haven't been so hungry after Breakfast, he was very modest: a small vase with some tomato paste and tea. I even don't remember what else it includes. Remember that everyone else was eating eggs and other delicious things.

Replenishing stocks of cider, we were loaded into the train. 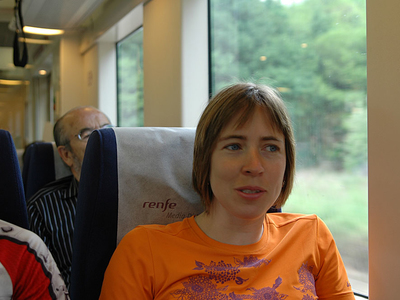 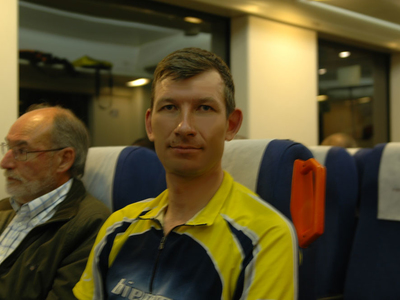 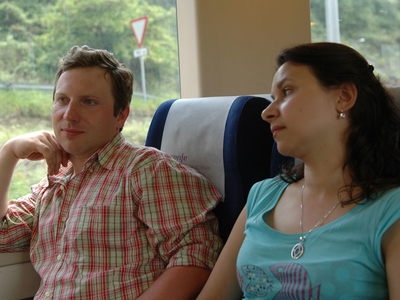 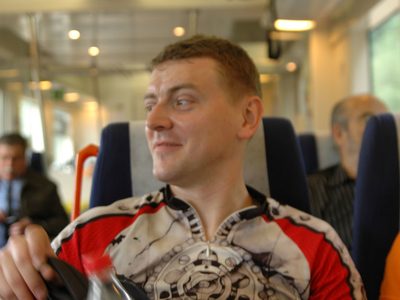 Rode forever it seems and finally made it to Ponferrada.

In Ponferrada is a fairly large Castillo de Ponferrada - the Templar castle. It stands on a high hill at the confluence of two rivers - Boas and effort. It is not called the Castle of the knights Templar, the main events in the life of this magnificent fortress are connected with the history of the famous and mysterious Order of the Templars (also known as knights Templar or Knights of Christ and of the Temple of Solomon).

Even before the emergence of the Iberian Peninsula by Roman conquerors in this strategically very good location (high on a hill guarded by two deep rivers) were the fortifications of the Celts. Later it was a Roman city, which in 456 BC was almost completely destroyed by the army of the Visigoths under leadership of the king of Teodorico.

In 1108, Bishop of Astorga ordered the construction over the river Forces the bridge to piligrimm it easier to get to Santiago de Compostela. The bridge was built and reinforced with iron rebar, for which it received its name of Pons Ferrata (from lat. - "the iron bridge"). The town that grew up around the ancient fortress and bridge, was called Ponferrada. And the bridge that gave its nickname the city, still exists. 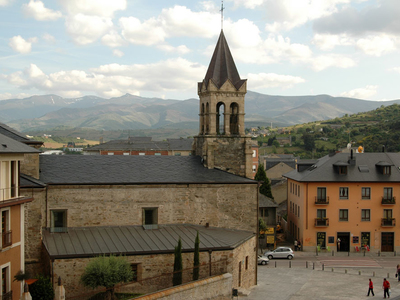 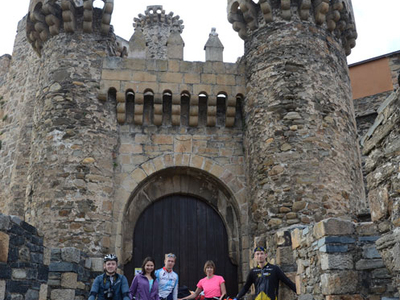 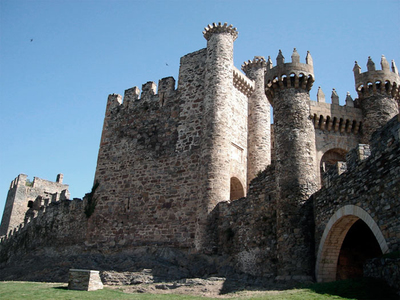 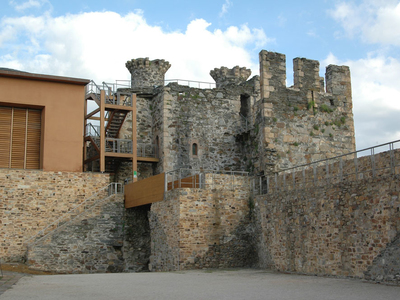 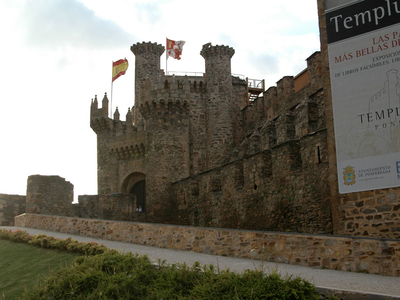 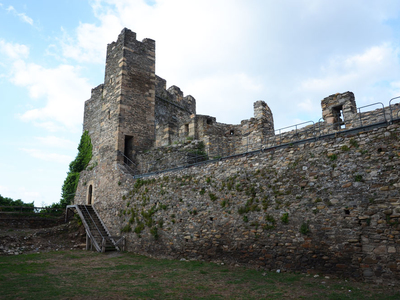 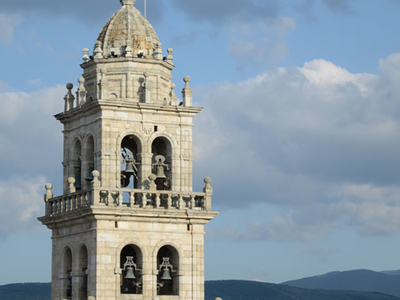 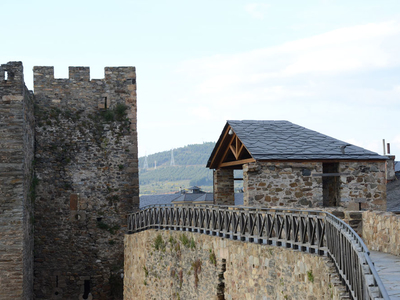 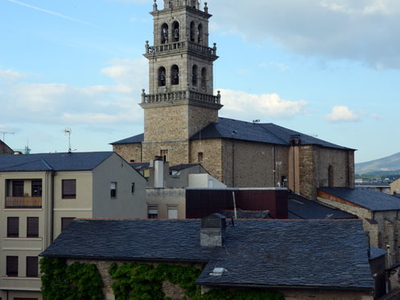 In 1178 king Fernando II of león were granted to the knights Templar and the ancient fortress, with the condition that they would protect the pilgrims going to Santiago de Compostela. The monks of the temple was reconstructed a small ruined fortress by the Visigoths and strengthened the ancient walls. Over the gate of the castle of the Templars knocked your motto, monks-soldiers: "Unless the Lord protects a city, in vain will be the efforts of those who guard".

The war between the Kingdom of Castile and Leon, which began in the year 1196, spoiled relations of the knights Templars with the king. The order actively supported the king of Castile Alfonso VIII, so the king Alfonso IX de Leon expelled the monks from the castle of Ponferrada.

In 1212 Alfonso IX changed the temper justice with mercy and returned to the order of the Castle. The Templars possessed an impregnable fortress until 1308. Shortly after the Templars returned Ponferrada the crown, the Order was banned and destroyed.

Over the centuries the castle passed from hand to hand: it was owned by the kings of Castilla and león, their relatives and favorites...

In 1450, the ancient fortress was restored and expanded. Was repaired and fortified the old tower, a new. The castle was equipped with a wine cellar and gun room. And on the entrance tower there is another inscription: "Pedro Alvarez Osorio, Lord of Cabrera and Ribera; and his wife Doña Beatriz, whose property is Villafranca and Ponferrada, commanded to build these towers. The construction was completed in 1450 after Christ" 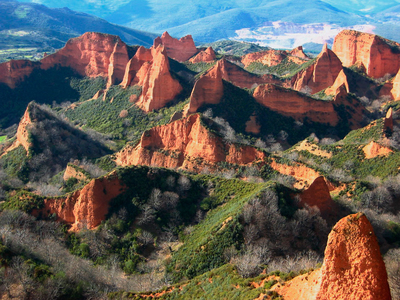 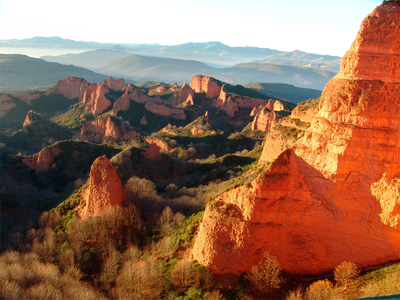 As in any castle that has such an ancient history, in this castle there are still some ghosts. In the basement of the castle could be heard moaning on the floor and could see someone polupriznanie Martyr's face. Don't believe? Esgice - view! In addition, the castle turned out to be the lift, very modern even by today's standards. Julia decided to ride it down and then up, as we thought it amusing to ride the Elevator in the castle. But it was a trap!

An Elevator took us to the lower floor, and come back to our on it was impossible. For it needed a special key, so we just rode between the two floors. From the stopping of the Elevator, the stairway led up, but the exit was blocked by a glass wall.
However, the top from the ceiling to the wall there was a certain distance, with a strong desire it would be possible to climb. Tried to scream – nobody heard us. I tried to climb – it was not so easy.

Then we came up with the idea to call Andrew on his mobile phone asking him to call the Elevator to your floor. He's already knocked down to look for us at the time. So Andrew bravely saved us from the castle of the Templars.

Around this time in the Templar castle came a noble knight, Ilya is happy that have overcome some unimaginable number of kilometers. So he's finally reunited with his beloved. And they lived ever since, happily ever after. 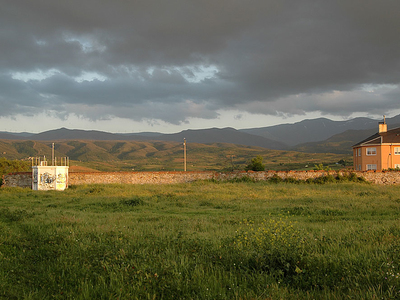 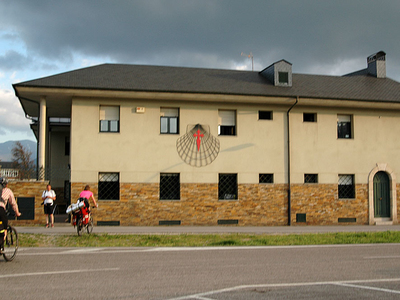 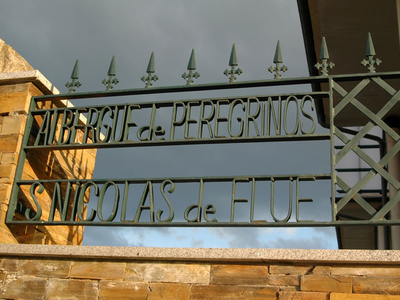 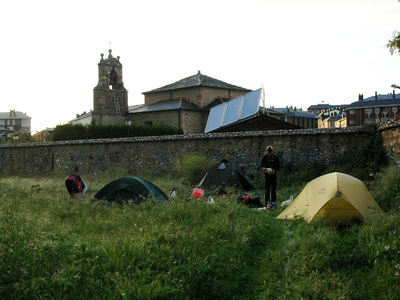 In Ponferrada we wanted to spend the night in the shelter of the pilgrims (alberge). For this I even received the passport of the pilgrims. And in the morning the plan was to jump on the bus to Santiago de Compostela. But the shelter of the pilgrims was to open only at 6: 50 a.m. and the bus was supposed to leave at 5-15. At the shelter there was one Russian, he said that today everyone is watching the football match Barcelona – real, so the shelter will be closed later. He advised us to spend the night at an abandoned cemetery adjacent to the shelter, and for food we were allowed to use their kitchen and take a shower too. After a tasty rice with fish went to bed. 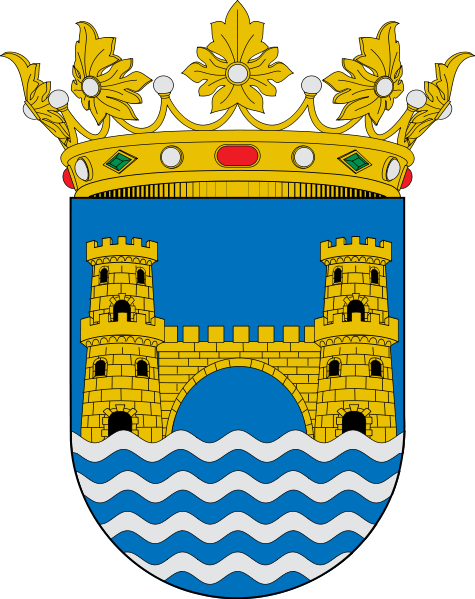