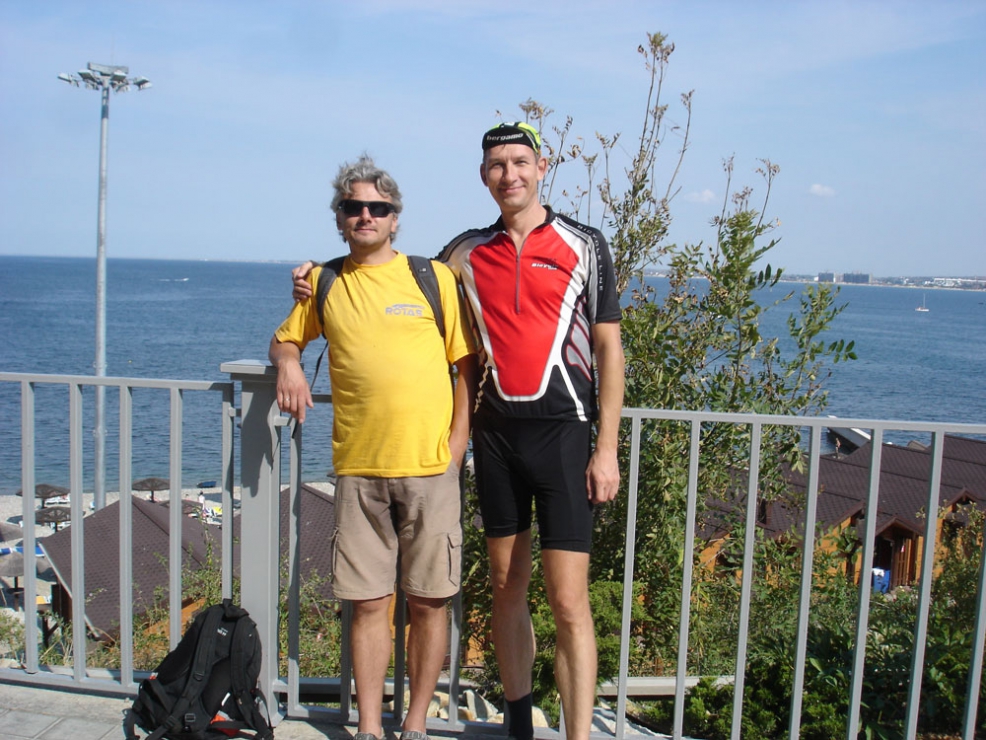 I asked Andrei to start our way to the blessed Crimea with the black sea coast of Russia. Firstly, I have not been to those places a second ticket for reserved seats to Anapa cost more than 2 times cheaper analogichnogo to Simferopol. Railways using the monopoly position and the fact that in the Crimea there's only one way across the isthmus inflated prices. Actually erecting the iron curtain for many vacationers.

Given the fact that from Ufa aircraft in Crimea today do not fly, many will prefer the resorts of Turkey and Egypt, than to pay for the road in the sweltering carriages steamed about tens of thousands of rubles in both ends. Given this fact, our economy was not redundant.

Anapa railway station greeted us with smells Vityazevsky Liman and fresh spice of southern PM. Without delay we went in search of local landlords Volodya, who according to plan and had to hang out for a while to explore the beauties and tasting the Taman wines. The latter especially took Andrew as a fanatic foodie all sorts of alcoholic beverages. Omitting household details of our first unremarkable sleep, stop more detail on the wine topic. Because the status quo was unpleasantly surprised me despite the fact that suggested something similar.

Vityazevo turned out to be quite a decent village. Although this word is not too suitable for a rollicking resort town stylized in places under Greek architecture. However it is not a coincidence - it's long been one of the first in the Kuban area of compact settlement of the Pontic Greeks ( ethnic group of Greeks, descendants of immigrants from the historical region of Pontus in the North-East of modern Turkey) Language of their own almost died and they have long been assimilated. But the name of the village was given in honor of a major knight of the fallen in these parts in a battle with the Circassians during the Russian-turecko company early 19th century.

But all this history and current reality has opened our eyes in the dark, warm September nights, when the waterfront began to play lights different places of entertainment. Almost every shop and cafe was attended by a small battery of barrels which he sold on tap "quality Kuban wines." Eyes ran from the abundance of choice. Dozens of varieties for every taste and color). But the names speak for themselves . In addition to the traditional Cabernet, Melo and TP had a lot of Pearls of the Caucasus Black eyes and so forth verbal nonsense. As oksalis later (Volodya Ktorov we stayed too late warned us about this) all that is sold on tap and in Vityazevo Anapa wine in the traditional sense of the word is not. It was the same falshak, which not long ago was told by the chief clown of Russia, and part of its sanitary doctor Onishchenko. Megatons of fake liquor! All along the coast. How and what bodyazhat all this Almazora behind the scenes. In the beam case, it is harmless, and at worst.... 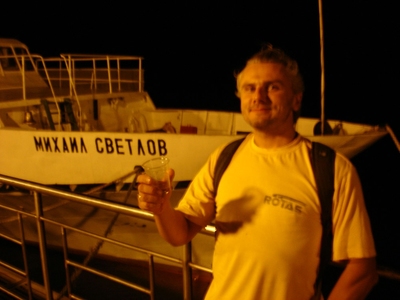 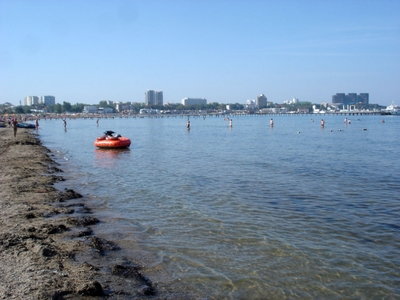 "... up to 80% of the volume of the wine market in Russia is counterfeit — the manufacturing process uses dyes, concentrates, flavors, alcohols from the waste of wine production or from non-grape raw materials (e.g. grain, potato or beet). The cost of a liter of wine a surrogate does not exceed 20-25 rubles that makes quality wine noncompetitive, says RAHR.
As an example, the Agency mentions held jointly with the FTS monitoring of quality wine and drink from the Krasnodar region.
70% of the tested products were counterfeit and surrogate. In 51% of samples detected toxic contaminants and non-alcohol, 24% product was diluted with water.... (from the report of the Federal alcohol market regulatory service)"

Again, it is thriving and quietly sold to unsuspecting tourists who slenderand ranks all buy it and drink, then it is megaproblem and supported by the local authorities. All legitimate wine industry of Kuban does not produce a tenth part of the amount of wine that is drunk here per season. And spoiled stomachs and pancreatitis no one believed. All of this will occur in people later, at home. Who will connect his sickness with a wonderful vacation at sea?

Andrew being the happy owner of some pipes and lead-lined stomach, of course went to taste everything. But even he bought another Cup of the black sea delight after a couple of SIPS then handed it to me , because it seemed to him that something was wrong.

Mother dear! It was an explosive mixture of toilet deodorant and cheap Cologne. Artificial chemical smell got hit in the nose cleaner of ammonia.

But abstracted from this wine lawlessness in Vityazevo I liked it. Especially good the beach is long and wide and it lasts for many kilometers in both directions, and even in the peak holiday season here it is possible to find almost deserted place, if not to be lazy and a kilometer away to the side. But such a refined stay was not for us. For real veloturistov to hang out with the mattress beneath the dignity))) 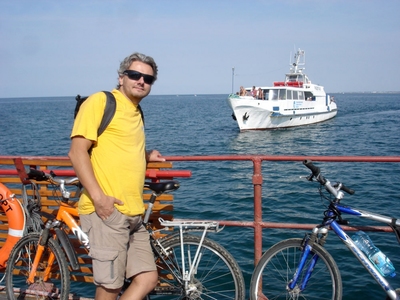 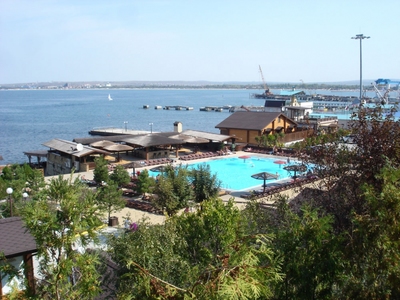 The next day we went light to Anapa, leaving things in the room. Without velorjukzakov stories swept arrow on seaside Avenue. What I liked - so is the bike path along the track. Just paint the part of the prospectus) 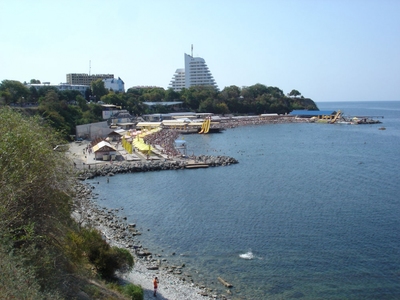 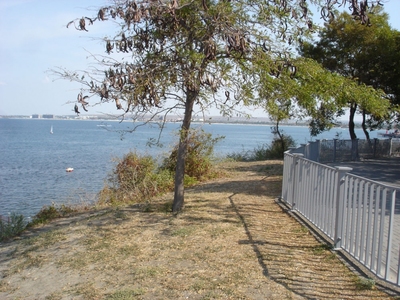 Last time I was in Sochi a long time ago - in childhood. Since then, the city of course has changed and blossomed. He was very nice and well maintained. There is some beautiful interpretations of the origin of the city name, but most likely true most prosaic - "Ana-da" — the "High Cape". In ancient Greek "Argonautica" Apollonius of Rhodes, aboveNaya first time the word "Anapa", interprets it as "high Cape". Rather, it is the name the district has received due to the high and steep Bank, along which we went. 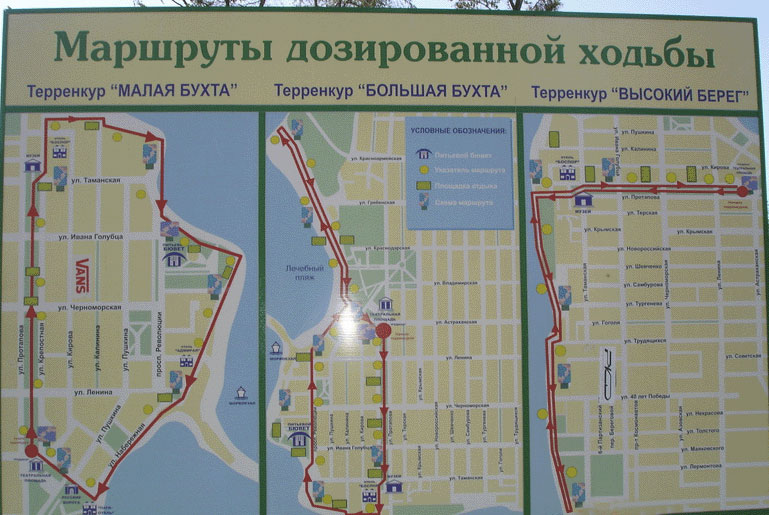 Under the path means the dosed walking on a hilly ascent and descent. Dosed walking – it walks, varying in pace and distance in conditions of uniform terrain.

Rather there are several, but chose the longest Path COAST - walking the healing path, the route length of 7500 meters. It began from the port . Loop route reached almost to Bald hill for the Big Utrish. Bike driven fast. But then to go on foot a special pleasure such a magnificent view from the height of hundreds of meters into the clear sea. It is clearly visible even scuba divers at depth. 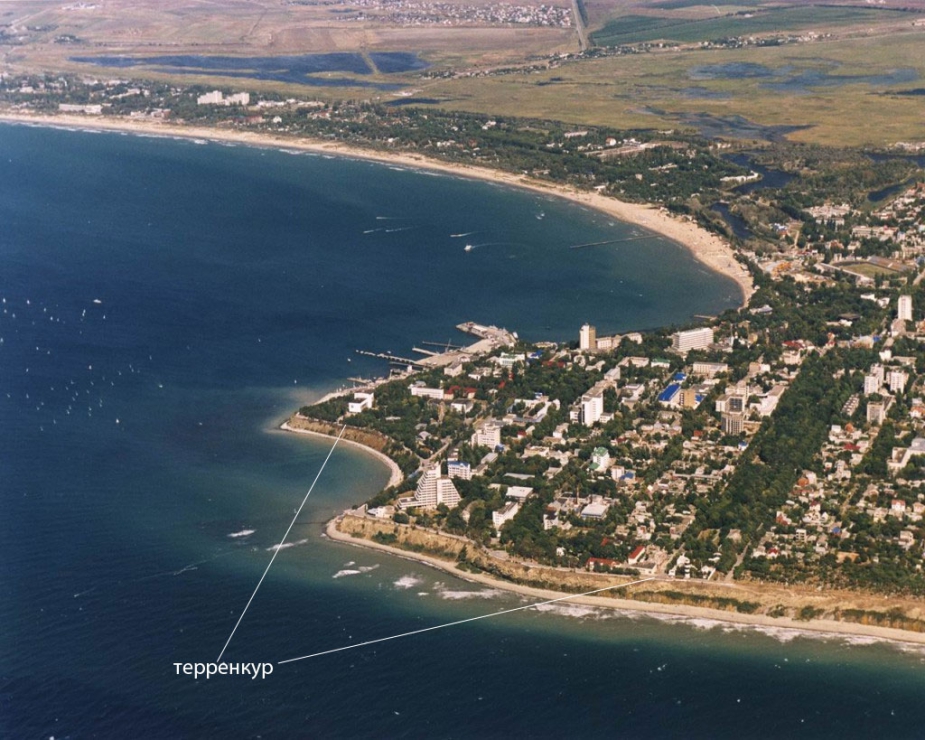 Half a day passed quickly. But we were waited by the Path and had to go back in Vityazevo. Of course along the way we swam on a beautiful beach in Vityazevo. By the way the people were quite a lot. The velvet season has attracted a huge number of tourists. But plans lazy in fact - and all clustered together in reduce five hundred meters from the main street facing the sea. So here are the pieces of a deserted beach is certainly not to mislead about your visits to this resort at this time of year.

Before leaving Volodya told us a little more about how he kite-surfs on the estuaries and the sea. Interesting enough story, but outside of the realm of the bike and therefore we will leave it to Kuzmin, as omnivores user various kinds of extreme activities and sports - can tell when Shirocoy to the public the intricacies of sliding under the parachute on the water surface. 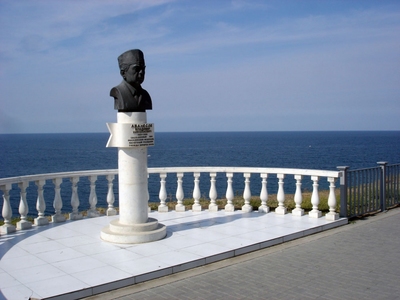 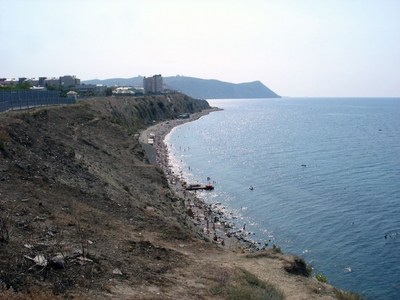 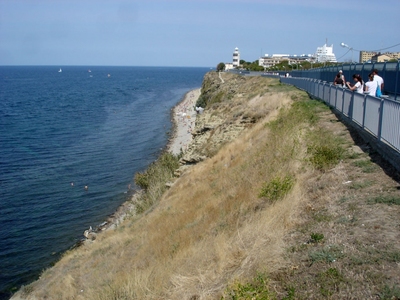 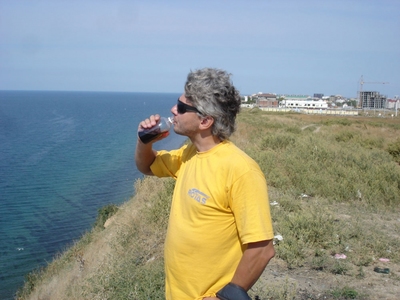 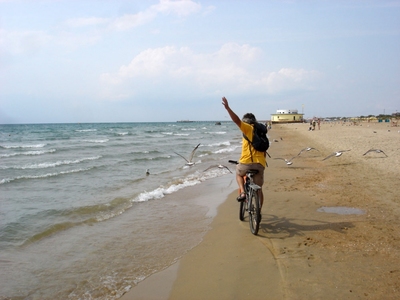 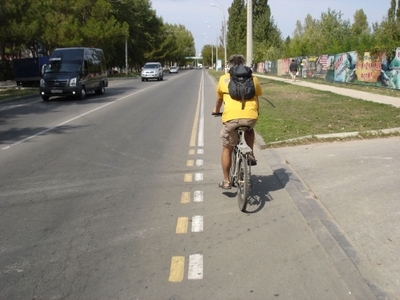 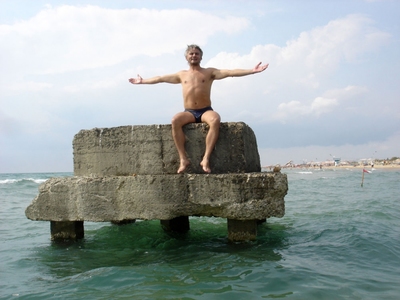 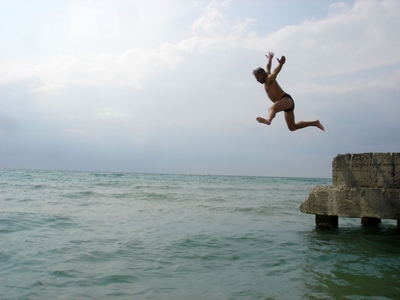