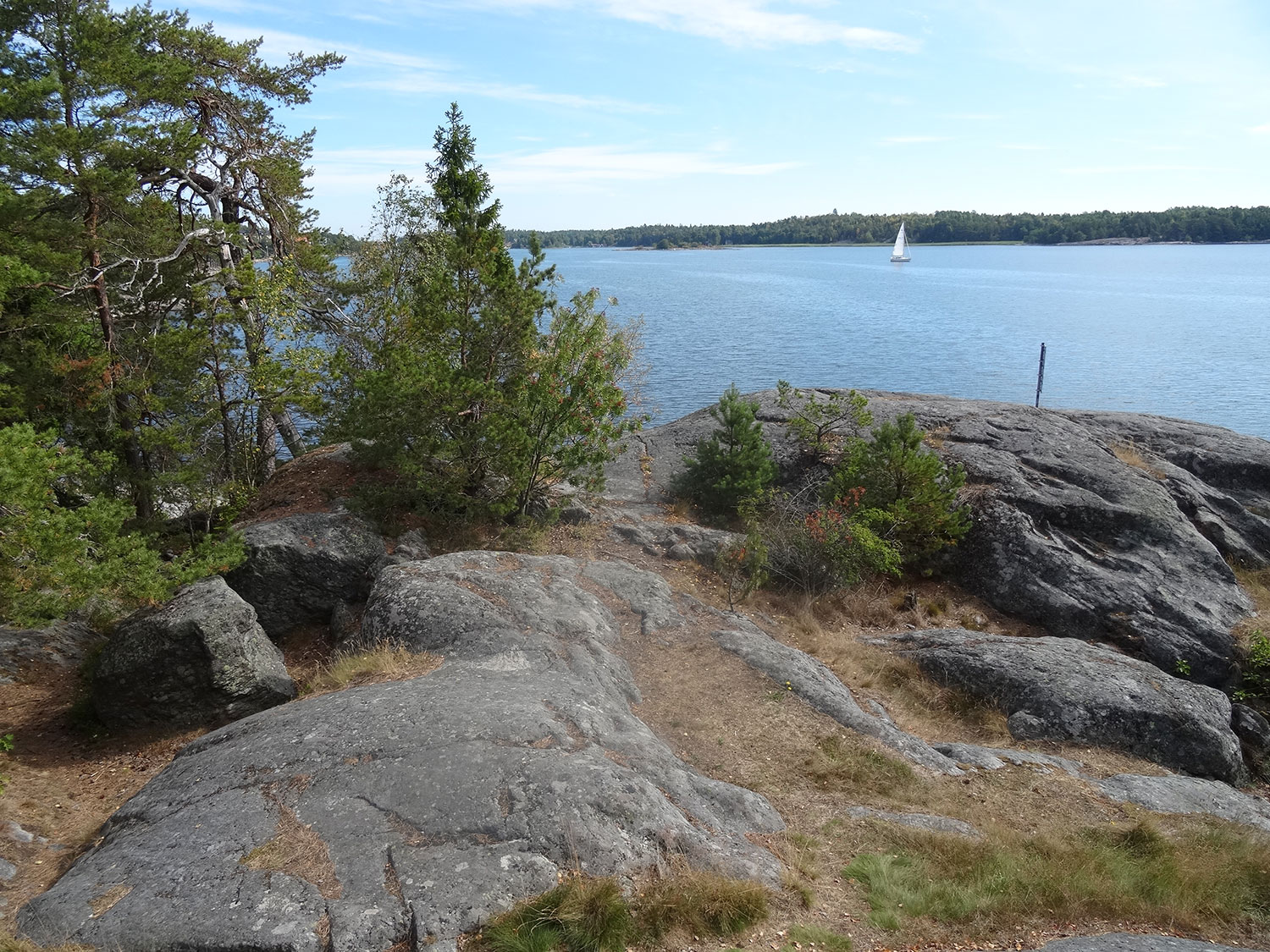 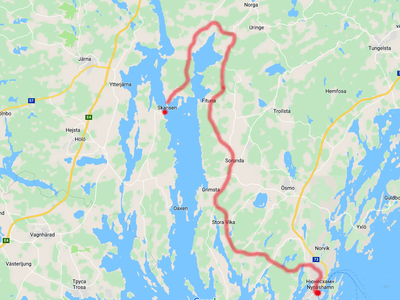 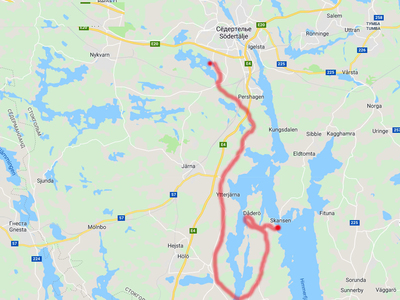 At 6 am in Nynäshamn was 8 degrees Celsius and heavy fog. After leaving the ferry we never delay went to the same place where we slept before setting sail to Gotland. And lo and behold as we drove and was located on a coveted hill the fog began to dissipate. The temperature to rise. It was obvious the day would be Sunny. Hasty Breakfast went to sleep. But sleep did not come to me. Niece immediately passed out, and I'm tossing half an hour got up and went for a walk through the surrounding rocks. The sun rose and started to bake.

Giving sleep until noon the little girl shook her. I had to go down. And became briskly around) we took the local viewpoint. But the people here are extremely correct — seeing we were all turned back , so as not to disturb. 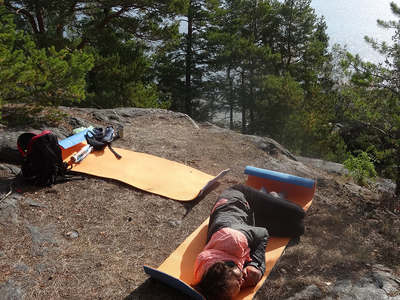 The next two days, I decided to combine into one. They have in common is that we pretty much drove and the fact that nothing particularly interesting besides the fields, woods and berries on the way was not. The sleepover was held at the campsite at sharp Marco ( where we passed 12 years ago) and I forgot the distance. It was somewhat more than I anticipated) And a serious test for my niece who has never 90 miles a day has not passed. Got to give her credit, she did. And I applaud her his hat. I mean a greasy cap, but it does not matter 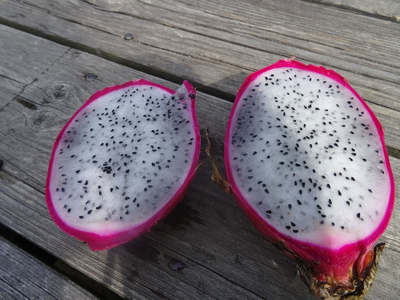 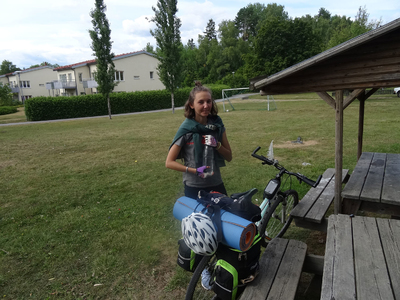 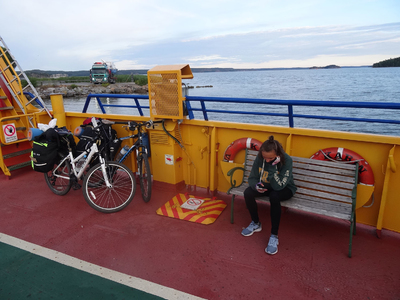 To the ferry to the island Marco arrived around 9 PM. I was afraid if it goes so late — but everything was fine

Directly on the other side the shore was a small vile (as it turned out later) a campground with pay showers , disgusting kitchen full of mosquitoes and without withVeta.

However, in network it is presented approximately like this

In the middle region Sörmland among the castles and ancient buildings You will find Mörkö, green island. On the North side of the island , near the Marina, is our restaurant Skansholmens Sjökrog and camping.It was opened on the day of the "Mid-summer" in 1994 and today belongs to the Thomas Linder and Pia Hjalmarsson. Camping there are 60 places for campers and tents , equipped with electricity, and several small houses.

The place is certainly beautiful — Crescent-shaped Peninsula with a small hill. It actually camping. One side of the Strait, with another lagoon , where the yacht Marina.

We are so tired that eating in the dark with flashlights, then went to sleep 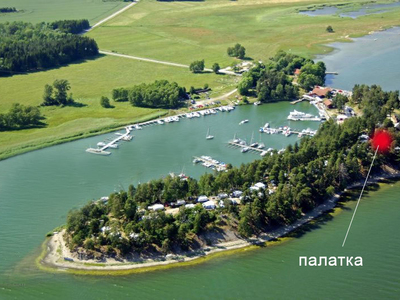 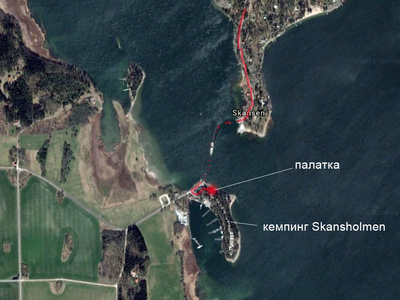 In the morning Natasha was pulling a long trip) Found free Internet and hung for an hour. By the way, in Sweden no one asks you to identify the person as we do via phone.

But finally went. We came in a little remarkable castle . But it led to picturesque tree-lined path, the

Castle Hörningsholm is set on a cliff a few kilometers from södertälje. The castle was probably built by the family Star in the late 15th and early 16th century, was burned by Russian troops in 1719 and rebuilt in its present form by architect Karl Herleman. It was restored in the years 1919-20 architect Ivar Tengbom.

Interestingly , the road to södertälje where we were going here makes a loop of 50 kilometers , passes over a bridge across the fjord and back on the same parallel where the castle is located. Although if it was possible to cross the fjord in this place — that saved a lot of time and effort) Twelve years ago, when I was passing the bridge at a short distance was not. But you never know what could changenitya. And there are two local aunts introduced me astray. I asked them whether the bridge is or should be as before to make a big detour. And they did not hesitate nodded saying Yes now there is a bridge. Never listen to women in the field of topography) the Iron rule

In General spent an hour to confirm the deception. Bridge across the fjord in the town Dadero as there was no and no. Buried in a wooden pier. And no other boats around. So I thought to ask us to move on protivovpolozhnoe shore. Which was on the doorstep 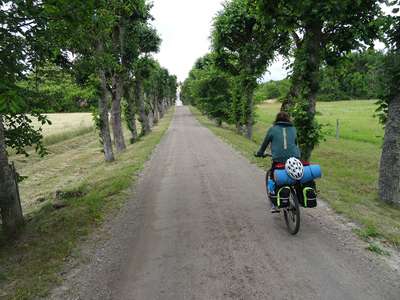 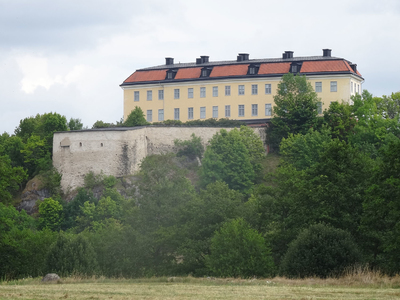 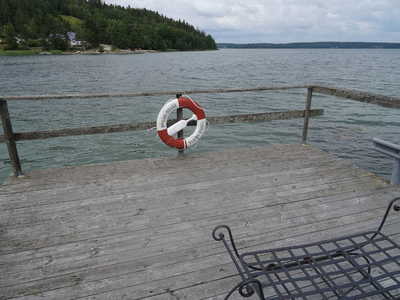 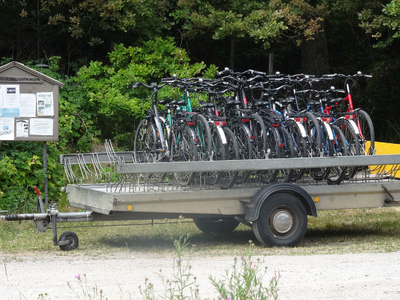 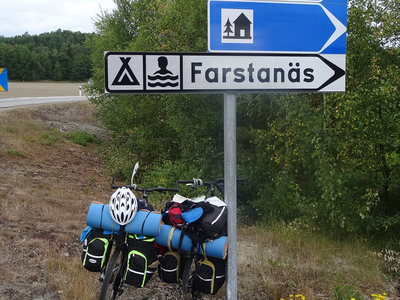 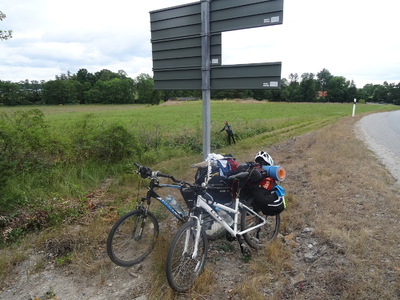 Yes to hurry to us was now nowhere. Driving for pleasure, eating raspberries and blueberries where found

And in the evening reached the lake Måsnaren. With its southern side is some tourist ekokompleks. Hiking trails. Beach. A variety of infrastructure for recreation. But the place for a solitary free kempingovye I have not found it. While I cut circles around the surrounding places — niece was enjoying doing nothing and eating black currants with very well tucked Bush. 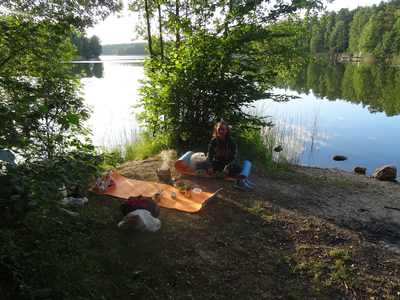 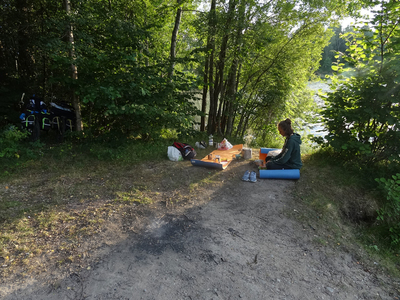 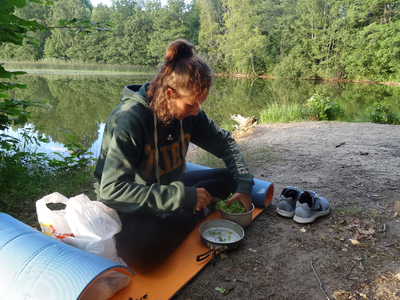 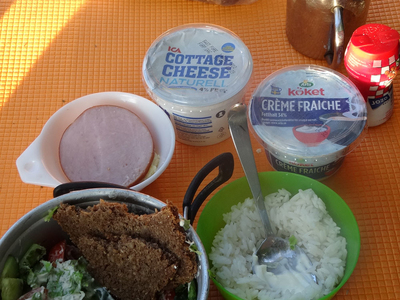 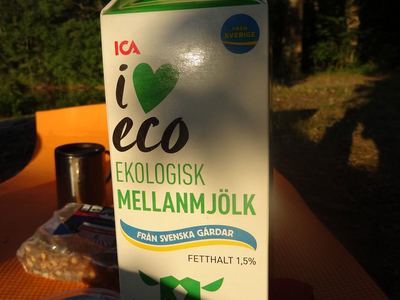 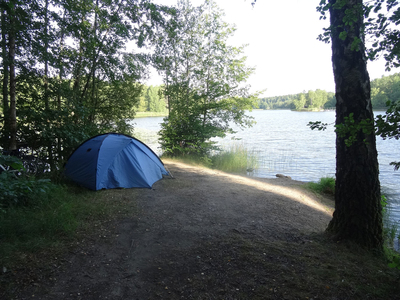 In the end, went to the Northern part of the lake. There on a picturesque Peninsula located only camping near södertälje called Eklundsnäs.

If I found nothing, then stopped it. But lo and behold! About this place and the dream was impossible. And in the immediate vicinity of the fence camping

Well, the pictures speak for themselves. In honor of posh places — the dinner was a Royal) with a triple Breakfast.

For those moments, and it is to ride in bike trips